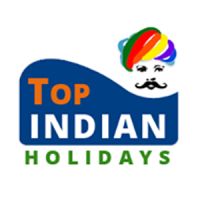 The Mughal Architecture of Agra Fort Another Mughal architecture of Agra: Red Fort is a historical monument. The Fort was a residence of emperors of the Mughal Dynasty. The Fort is located at the centre of Agra which contains many museums. Agra is a home of popular UNESCO sites in India which makes the city a renowned destination. The city is also included in Golden Triangle Tour which includes exploring the jewels of India such as Delhi, Agra, and Jaipur. It is the most popular tour circuit to explore the gems of India.

The Fort is beautifully made of Red sandstone and marble with the double doms in the fort’s building which exemplify later with Mughal Architecture. Being a UNESCO’ s World Heritage Site, the Fort is a major attraction for tourists in India. Agra was the most popular capital of Mughal India when the Humayun and Babur were the rulers. They considered this fort as their strategic city and used it as their stronghold in Agra. Akbar shifted the capital to Agra from the capital city Delhi and ordered a red sandstone for the fort to be constructed. It took 8 years to construct and was built around the same time as the majestic Humayun Tomb of Delhi. The premises of this exclusive fort contains 500 building and remained as an inspiration of the Mughal till Aurangzeb. The Fort was positioned as the seat of Mughal Power and its Defensive Capabilities.

Though the Akbar was the one who built the structure it was his grandson who had changed few things in the monument. While the Akbar favored red sandstone, his grandson loved white marble which can be seen in the most epic monument- the Taj Mahal. Shah Jahan rebuilt the few structures of the Agra Fort. The monument was a glorious combination of red sandstone and white marble which makes it distinct from others. The building contains four gates out of which this was the most strategic one is now no longer open for its Visitors. This gate was also known as the Agra Gate, was the one preferred by Akbar and was known for its defense.

The Mahal was constructed by Akbar which was beautifully built by the Red Sandstone. While entering the Mahal you will pass through a huge bathtub called Jahangari Hauz. When you look at the frontage, you will see the fine art of Islamic and Hindu style of design and architecture. The intricate work along the walls are quite Persian in their style while the floral patterns of its windows which will remind you of the grand palaces of Rajasthan.

The Mahal was set between the two Golden Pavilions is so beautiful which will let you mesmerized. It was rebuilt after destroying the original Sandstone structure made by Akbar.

The gorgeous garden called Anguri Bagh (Garden of Grapes) completes the landscape of the Khas Mahal.

The Mahal was so beautifully constructed with glass or Mirror which is now no longer open for the general public. The glimmerings of the Syrian mirrors in the Sheesh Mahal does not fail to dazzle.

The beautiful art of Islamic and Mughal architecture will definitely leave you spellbound. You can explore this exclusive Red Fort while exploring the Delhi Agra Jaipur Tour and experience a charm of Agra Fort. To witness the charm of Agra Fort, make Agra your next destination to explore in India.

This post is tagged in:
Save
Subscribe to Posts by Top Indian Holidays
Get updates delivered right to your inbox!

Will be used in accordance with our Terms of Service
More posts from Top Indian Holidays
Add a blog to Bloglovin’
Enter the full blog address (e.g. https://www.fashionsquad.com)
Contact support
We're working on your request. This will take just a minute...
Enter a valid email to continue