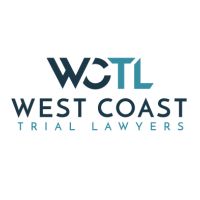 I just wanted to take a few minutes to answer any questions that you might have and since you aren't here I'm just going to randomly like guess a question you might have one question that comes to mind because everyone wants to know is what is my personal injury case worth what's it worth.

I mean how much money am I going to get um that depends - first of all it depends on how much insurance coverage is available because as a practical matter very often defendants either don't have any and enough income or assets to make it worth going after them or for whatever reason those are protected.

So most in personal injury attorneys are the first and most important question besides how the son of your injuries and who caused the accident is how much insurance coverage is available.

So they are going to want to get the defendants policy and find out how much coverage is available now there also could be other policies in play including your own.

You might have uninsured or underinsured motorist coverage sometimes people think that they don't and they do so always is a good idea to check which I do and then you just review the facts to determine what other types of insurance might be a place.

So in general you get you know a total amount and that is that's going to be an effective cap on what damages are available and then the next question is who caused the accident and is that clear and if the other person caused the accident and it's clear then the next question is what is what are your injuries and what it what's the extent of your injuries.

Now oftentimes insurance companies will say you know you're not injured enough if this isn't serious enough to involve a car accident lawyer that is just a lie most of the time all the time you should never ever not at least call me or another a personal injury attorney but I would prefer me to find out you know.

If they're really giving you the real deal I mean sometimes the case really doesn't justify the work of a car accident lawyer but often your injuries might not be apparent at the beginning or you just don't know the extent of them. I'm going to give you one of a billion examples but let's just say that you hurt your neck during the accident and you know you're having pain in your neck and you're not really sure you go to the doctor.

I mean everything else seems fine you go to the doctor right away which is what you should do and they take some scans and it's you know maybe it's clear that something happened but the doctor being a doctor wants to take conservative approach which they should and they just sort of wait to see.

So if it's unclear in Florida the jury is allowed to sort of assign a percentage of fault to different to the different parties so I can say like you if you were the one injured the plaintiff contributed to your injuries because you didn't wear a seat belt.

Okay well the jury can consider that and so they can say well we think the plaintiff you know suffered $, in damages but we think they're % responsible because they didn't wear the belt and so they'll reduce your the value of your plan by $.

You know how the fault is weighed between the plane I kind of defendant and possibly other parties and so that's sort of it's basically impossible for a car accident lawyer to predict unless that the injuries are catastrophic and they in those cases is a little easier to get to have some idea and particularly.

I would be glad to talk to you um and I hope excuse me I hope that you will give me a call and also I hope that you'll read around my website because I have put a lot of thought into the types of questions that consumers have and what I would want to know if eyeball the lawsuits.

So I've got videos and I've also written a lot of material to answer your questions so I hope you'll spend some time educating yourself which will help you maximize the value of your claim I promise you take care.

This post is tagged in:
Save
1 love
Subscribe to Posts by West coast trial lawyers
Get updates delivered right to your inbox!

Will be used in accordance with our Terms of Service
More posts from West coast trial lawyers
Add a blog to Bloglovin’
Enter the full blog address (e.g. https://www.fashionsquad.com)
Contact support
We're working on your request. This will take just a minute...
Enter a valid email to continue