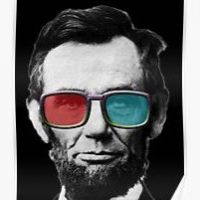 Average rent prices in North End Boston has seen a year of shrinkage for the first time in over a decade. The pandemic caused a shift in renter demand, as remote work and remote learning policies caused a population shift away from Boston’s Downtown and student neighborhoods. As a result, average rent in the City of Boston dropped by -4.21% since July 2020, and prices for North End apartments saw an even larger decrease of -5.06%.

Regardless of these price drops, North End remains one of the most expensive neighborhoods to rent an apartment in Boston. Average rent in North End, MA is currently $3,108, the 5th highest among all 25 neighborhoods that comprise Boston Proper.

It costs $2,175 to rent a 1 bedroom North End apartment on average compared to the City-wide average of $2,009. A 2 bedroom apartment in North End averages $2,805, compared to Boston’s 2 bed average of $2,505. That makes the North End the 6th and 7th most expensive neighborhoods to rent 1 and 2 bedroom apartments respectively. Boston's average rent of $3,108 is about 20% higher than the average rent for Boston apartments ($2,580).

North End’s average rent price is roughly 5-10% more expensive than the City of Boston for smaller units (Studios, 1 bedrooms, and 2 bedrooms), while larger units tend to be much more expensive in North End ( 20-40%) compared to the City.

North End’s average rent price have fallen by -5.06% since July of 2020. These price drops have been fueled by soaring vacancy rates which plagued the city throughout 2020 and early 2021, the effects of which were felt most harshly by Downtown neighborhoods like North End.

Remote learning will be mostly phased out for Fall 2021 semester, so the North End should see a much needed demand injection for students seeking off-campus housing near Northeastern or apartments near BU. Still, remote work policies will likely not be phased out to the same degree as remote learning, and without the business professional population it’s hard to see the North End returning to its pre-pandemic levels in terms of apartment supply and pricing.

That being said, the North End will be a good case for tracking the effects of remote work on rental supply near Downtown. We will continue to monitor rental data in the North End as December approaches.

This post is tagged in:
Save
Subscribe to Posts by Zach Parker
Get updates delivered right to your inbox!

Will be used in accordance with our Terms of Service
More posts from Zach Parker
Add a blog to Bloglovin’
Enter the full blog address (e.g. https://www.fashionsquad.com)
Contact support
We're working on your request. This will take just a minute...
Enter a valid email to continue