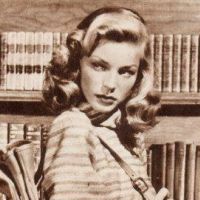 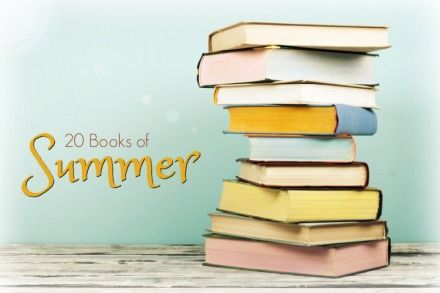 I have finally managed to come up with my reading list for 20 Books of Summer – always my favourite part of this challenge. I’m excited to read these books now, but you can sure as hell bet that by August I’ll be sick of them!

From 1 June to 3 September, I’m going to attempt, for the fourth year, to read my 20 Books of Summer. That’s 7 books a month, which is pretty daunting, but I think I can do it. I managed it last year, although reviews were shorter than usual!

As always, I had great fun putting this list together, although, this is about the sixth version since I started planning. I’ve tried to go for a broad range of genres, eras and styles so that there is always something I’m going to want to read! There are factual books, memoirs, short stories, a very short story and some classic and more contemporary novels.

As with last year, I’ve done a page count, so I have 6128 pages to read over 95 days, meaning I have to read 65 pages a day to complete my challenge. If I could just stop playing Jelly Crush and watching Line of Duty that would be completely do-able…

So, here are my 20 Books for summer 2017, you can click on the titles read their descriptions on Goodreads:

1. The Hunters by Claire Messud

I adored The Woman Upstairs when I read it a few years ago, so I’m looking forward to this collection of two novellas. And yes, the phrase ‘novella’ is always attractive when putting together my 20 Books list. 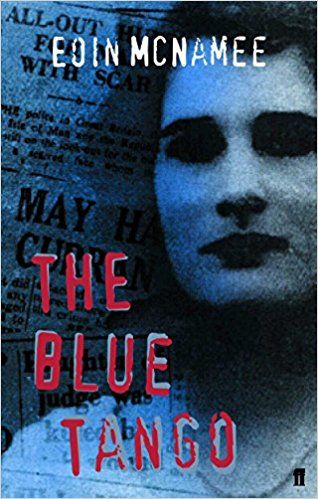 2. The Blue Tango by Eoin McNamee

I’m a sucker for true crime and really loved Resurrection Man by Eoin McNamee, which is filled with beautiful writing despite the harrowing subject matter. The Blue Tango is a fictionalised account of a real life murder in Northern Ireland in the 1950s.

This one is a little bit of a cheat as it’s a short story rather than a book, but I need to cut myself some slack here! I’ve been meaning to read this feminist classic for some time now, and at 26 pages, this seems like the perfect time to read it! 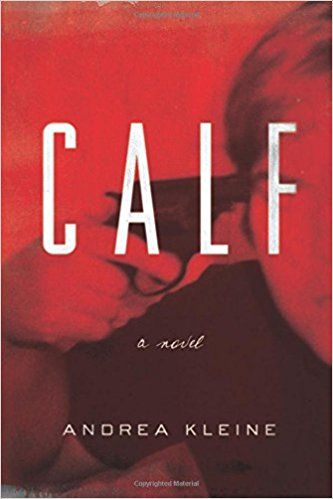 Calf was a birthday present from my husband, so won’t be one of the 746, however I’m intrigued by the description of it as being a cross between Are You There God It’s Me, Margaret and Taxi Driver. Taking the real life assassination attempt on Ronald Reagan as her inspiration, Kleine fictionalises the story of John Hinckley and Leslie Deveau and tells it through the eyes of a 12 year old girl. 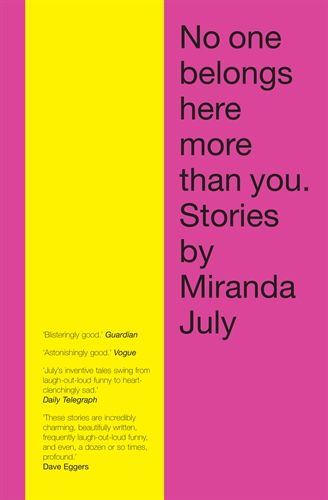 5. No one Belongs Here More Than You by Miranda July

I’m a fan of Miranda July’s movies, particularly You, Me and Everyone We Know so I’m looking forward to this collection of short stories.

6. Sundance Kids: How the Mavericks Took Back Hollywood by James Mottram

This is one choice I may well regret, as it is a BIG book, but I do love a book about the movies. Here James Mottram charts the rise of the indie filmmakers in the 1990s – Spike Jonze, Paul Thomas Anderson, Quentin Tarantino and Stephen Soderbegh – and explores how their work changed the cinematic landscape. 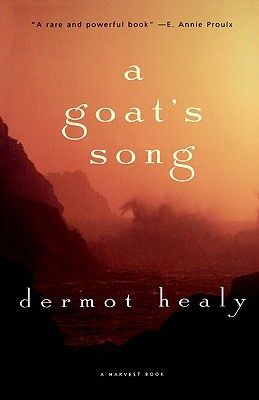 7. A Goat’s Song by Dermot Healy

Dermot Healy died in 2014 and remains one of the most underrated Irish writers. His fans included Seamus Heaney, Anne Enright and Roddy Doyle. A Goat’s Song is considered to be his greatest work, as it chars the doomed love affair between an alcoholic playwright and his actress muse.

8. The London Train by Tessa Hadley

I actually know very little about this novel, or Tessa Hadley’s work but imagine I bought this after it was longlisted for the Orange Prize for fiction in 2011. 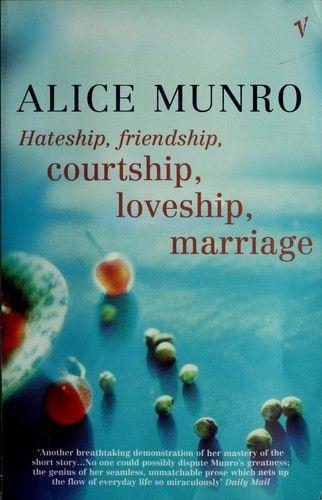 I must have about five Alice Munro books in the 746, so I think this is a well overdue choice. A twitter call out suggested this collection of short stories was a good starting point for her work.

10. The Awakening by Kate Chopin

Another classic I’ve been meaning to read for several years, The Awakening shocked readers in 1899 with its depiction of female infidelity.

11. The Surrendered by Chang-Rae Lee

Here’s another novel I don’t remember buying and know very little about! Anyone help me out? All I know is it’s an epic love story played out against the backdrop of the Korean War!

This collection of short stories seems to be a love it or hate it kind of book, but edgy, creepy short stories are just my thing and any book that contains the story that the movie Secretary is based on gets my vote!

Like Alice Munroe, I’ve bought loads of Murakami books and never got round to reading them. I really hope I like this, as I think I’ve got about five more to get through once I’m finished!

It was a toss-up between Housekeeping and Gilead, but I thought I would go for Robinson’s first book for my first reading of her work. I’ve heard rapturous praise for Housekeeping, and Robinson’s work in general so this should be a good one.

15. Half Blood Blues by Esi Edugyan

I started Half Blood Blues last year and gave up after a few pages for no good reason, so I’m putting on the list to try and finish it this time round. 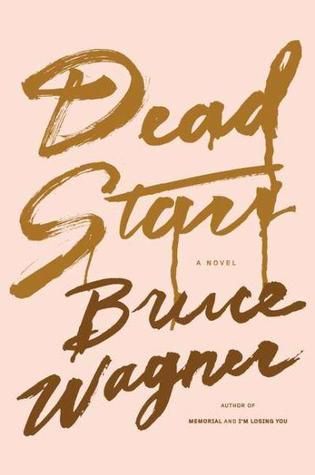 I have a feeling this is going to be a strange one. A satire on Hollywood, it sounds less La La Land and more Maps to the Stars. Featuring drug addicted American Idol contestants, failed celebrity photographers and Michael Douglas, I could be in for a treat here, or I could want to throw it out the window.

Is I just me, or has Elizabeth Strout been everywhere for the last few years? Having read all your glowing reviews for My Name is Lucy Barton and Anything is Possible, I was delighted to find a copy of Olive Kitteridge lurking, forgotten in my iBooks. 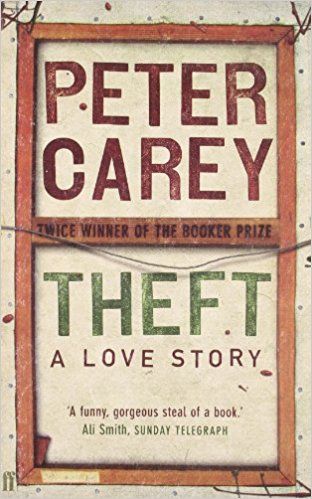 It’s been a long time since I’ve read Peter Carey, but have always enjoyed his books, particularly Oscar and Lucinda. As a former Art gallery manager, I’m always drawn to books about art and artists, so should enjoy this tale of an old famous painter whose life is turned upside down by a mysterious young woman. 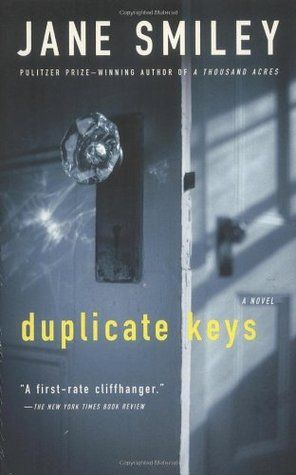 Jane Smiley is another writer I haven’t read for a long time and I like the sound of this character driven thriller. 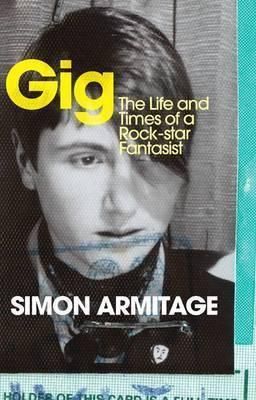 20. Gig: The Life and Times of a Rock Star Fantasist by Simon Armitage

Anyone who knows me, will know my love for Simon Armitage, so he fills this year’s music memoir slot as he explores the importance music has had on his life and career.

So that’s my 20 books, however this year I’ve allocated two ‘spares’ just in case one of my 20 isn’t working for me and they are:

1. Zone One by Colson Whitehead

The Underground Railroad is getting rave reviews and Zone One has been on my TBR for ages now. I’ve tried to read it quite a few times now, which it why it’s a possible replacement rather than a firm choice. I’m just not sure that it’s for me, although I do love a good zombie story…

Kate Atkinson hasn’t let me down yet, from Life After Life to Behind the Scenes at the Museum. The only reason this isn’t on the main list is because I’ve read a lot of Atkinson’s work over the last couple of years and would like to try some other authors this time round.

So, what do you think of the choices? Any I should start first? Any you think I’m mad to include? Does anyone think my spare reads should be in my main list?

I’ll be keeping a pinned Master post on the blog from 1 June, with a Linky where you can share your lists if you are taking part.

Remember, if 20 seems too daunting, then there are the 15 and 10 options also!

Just take the Books of Summer image, pick your own 10, 15 or 20 books you’d like to read and link back to my Master post so I know you’re taking part. I’d love your support and as anyone who has taken part before will know, I am wonderfully slack with my rules!

I’ll be tweeting my way through the challenge as well using the hashtag #20booksofsummer. Do let me know if you will be joining in and don’t forget to link up your lists on Thursday when it all kicks off!

View original
This post is tagged in:
Save
Subscribe to 746books
Get updates delivered right to your inbox!

Will be used in accordance with our Terms of Service
More posts from 746books
Add a blog to Bloglovin’
Enter the full blog address (e.g. https://www.fashionsquad.com)
Contact support
We're working on your request. This will take just a minute...
Enter a valid email to continue