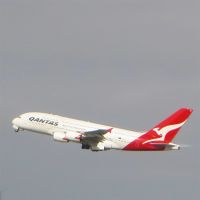 In many World War Two movies, the plane arrives at a remote airbase and a jeep appears in front of the pilot, bearing “Follow Me” signs. The plane follows to the colonel’s HQ or the secret bomb bunker or just a parking spot.

So I was somewhat bemused to see the same system used in Tehran.

Tehran has two airports. Mehrabad is in the suburbs and is the old international airport, in use from 1938 to 2007. It’s a fascinating place, full of decaying airliners and Russian MiGs, clunky fifty-year-old Fokkers still in use, and a time capsule of a Sixties-era Western airport. It still has “Follow Me” jeeps.

So too does the modern Imam Khomeini airport, an hour south of the city. Indistinguishable from any other current terminal, it is Iran’s tourism gateway.

I’ve talked about the convoluted visa approval process, but it’s now possible to get a visa on arrival. Just be sure to have your documentation – including passport photos, insurance policy, passport with six months remaining – and a chunk of cash and contact details for your first night’s stay. They will check. And maybe an hour to spare.

Iran is doing all they can to increase tourism. Considering some of the historical and cultural wonders, the natural beauty, and the friendly residents, I think they are on a winner here.

But women must be in hijab, men modestly clad – no cargo shorts! – and you are not allowed to bring alcohol here. This is one airport where the duty-free shops won’t do you a special deal on champagne!

I had no option but to feed my luggage into the scanner, including my beat up bag with two bottles of Shiraz inside. Intended to be consumed in Shiraz.

“Non-alcoholic” as per the label, but I could see the X-rays picking them up, the bag pulled aside, and an uncomfortable time being quizzed by officials.

As it happened, no alarm bells rang, my bags were disgorged out the other end, I loaded them back on my trolley and we walked through the barrier.

There was a young lady waiting on the other side with my name. Our guide from Pasargad. She would help us to a car for the drive to our hotel in central Tehran.

We greeted her, and I had a request. There was a cellphone outlet at the gate, and I wanted a local SIM. on my last trip, I had had zero coverage apart from a brief encounter in the Jolfa free trade zone at rates that made my hair curl. I’d heard that there could be a long queue and forms to fill out, passports sighted and so on, but there was no crowd, just a bored youth.

She spoke to the guy. “Fifteen American dollars,” he said. Or the equivalent in Euro or Rial. I had a wad of Rial left over from last time, so I counted off three hundred thousand or so, handed over my passport for copying (and my thumb for printing), and a minute later I had a SIM. Totally worth it!

The tour company charges two hundred dollars for a private transfer, so it’s worth arriving with the group if part of an organised tour, but our flights weren’t amenable to that, and I was glad of the assistance in a strange land.

There was a Peugeot 405 waiting outside – about a quarter of all vehicles in Iran are 405s or the local variant – and we settled in for the drive.

The post Tehran arrivals appeared first on A Thousand Flights.

View original
This post is tagged in:
Save
Subscribe to A Thousand Flights
Get updates delivered right to your inbox!

Will be used in accordance with our Terms of Service
More posts from A Thousand Flights
Add a blog to Bloglovin’
Enter the full blog address (e.g. https://www.fashionsquad.com)
Contact support
We're working on your request. This will take just a minute...
Enter a valid email to continue