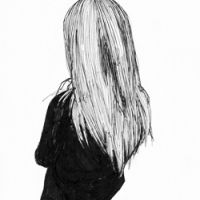 5 Things I want to see more of in YA

I’m not the most well read person in the world but I do read somewhere between 20 & 30 books a year, most of them YA. I also interview authors every week on my blog, a great many of them YA authors(although less so recently). And because that obviously isn’t enough of a commitment to books, I also manage a group steampunk blog where we interview authors and review books, a large portion of them YA novels.

The YA novels I’ve read are wildly imaginative, often set in truly fantastical lands with detailed worldbuilding and innovative magic/science systems. But in some ways they are all very much the same, and while I love the archetypes and tropes they use, I want more variety in my reading.

How we achieve that variety is a long, painful conversation about the publishing world I don’t want to have here (and, frankly, I’d rather not have it at all but I’ll have to eventually) so I’m just going to talk about what I’d like to see more of in the YA landscape:

Far too often I find the only YA books with LGBTQ characters are focused entirely or mostly around the fact that the character is LGBTQ and how they come to peace with their identity. This is an important story that needs to be told, but I’d love to read more crazy adventure stories where the main characters just happen to be LGBTQ. Or stories where there are LGBTQ side characters who impact the story in important ways by doing things other than being LGBTQ.

As a straight writer, I understand shying away from LGBTQ main characters because you’re afraid to get their experience wrong, but I’m pretty confident you can authentically write your character having LGBTQ friends or family. Or even just seeing obviously LBGTQ people out and about. They are out there, especially if you’re writing a story based in our current world.

Oh, and I’ve read all of YA novels about trans main characters, which is a pretty damning statement(if you’ve written a book like this, PLEASE tell me all about it).

I’ve read a pretty substantial number(please don’t ask me for exacts) of books which feature characters who get too drunk/high and have sex with people they don’t really like, characters who get pressured into sex and feel bad about it later and characters who have their first sexual experience with abusive jerks. Also, all of the sex in these books is bad and awkward, and I’d say about 80% of it is first time sex and 95% is without a condom.

You probably weren’t a teenager as recently as I was, so let me tell you something: there are teenagers who are actually control of their sexuality, who have taken the time to learn about sex properly and who happen to have good sex. Many teenagers who are eighteen have already been having sex for a few years. And with changing attitudes towards sex and education, I suspect people who are teenagers now by default have better sex than people who were teenagers ten years ago.

Look, I know many teenagers have the other experience, but that story’s been told a thousand times. Let’s give our teenage characters some real confidence and autonomy, folks. They can have positive sexual experiences and still have TONS of other conflict in their lives.

3. Geeky girls who have relationships that start before the end

News flash: I’ve been a geek my whole life, and since I also happened to be relatively attractive, I have never had a problem getting into relationships. And once I’m in the relationship, I can tell you it 100% helps me stay there, since I’ve managed to date almost exclusively geeky men.

4. Relationships that are actually healthy

Are you tired of hearing me talk about relationships yet? Well too bad, because the romantic relationships in YA are, in my opinion, the stalest part of the entire category. I’m totally down for strong single characters, which happens a lot, but I’m tired of all the YA stories that are about tumultuous first relationships or the quest for a relationship. I want to see actual, real partnerships at least once in a while, because while most teenage couples I’ve known were disastrous I’ve also known other couples with amazing relationships.

This is partially about the sex thing—after all, discussing sex and consent, especially early on, are important parts of healthy relationships—but it’s mostly about them actually being supportive of each other in general.

These families don’t have to play a huge role in the story, though it would be really cool if they did (I think it would be especially cool to see how a kid who grew up in a multi-adult home would deal with their first relationships). Even having them appear in one scene throughout the book—and of course acknowledging how this situation changes your character’s outlook on life—acknowledges that these families exist. 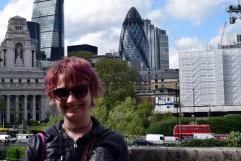 Dianna Gunn is a freelance writer who specializes in helping social enterprises increase their impact on the world. She’s also a fantasy writer working with an editor to self publish her first novel and a book blogger at The Dabbler(http://www.thedabbler.ca) and The Steampunk Cavaliers(http://www.steampunkcavaliers.com).

Are any of these elements in YOUR YA novel? Do you have a favourite YA novel that has some/all of these elements? I want to review books like these. PLEASE let me know about them in the comments below.

View original
This post is tagged in:
Save
Subscribe to Arctic Books
Get updates delivered right to your inbox!

Will be used in accordance with our Terms of Service
More posts from Arctic Books
Add a blog to Bloglovin’
Enter the full blog address (e.g. https://www.fashionsquad.com)
Contact support
We're working on your request. This will take just a minute...
Enter a valid email to continue