I want to take a moment and apologize to all the Easter Coasters digging out from under 4-6 feet of snow that we have gotten in the past 3 weeks. You see, it is all my fault. I take full responsibility.
One night about a month ago, I was sitting with my husband chatting while he ate his dinner (he gets in around 10pm so I had already eaten.) And I said, " I really think we have been saved this winter, it's going to be another one of those years where we get no snow, and it's warm." I shit you not that night the temps dropped to like -57 or something absurd and the snow followed shortly after, and it has been snowing ever since. 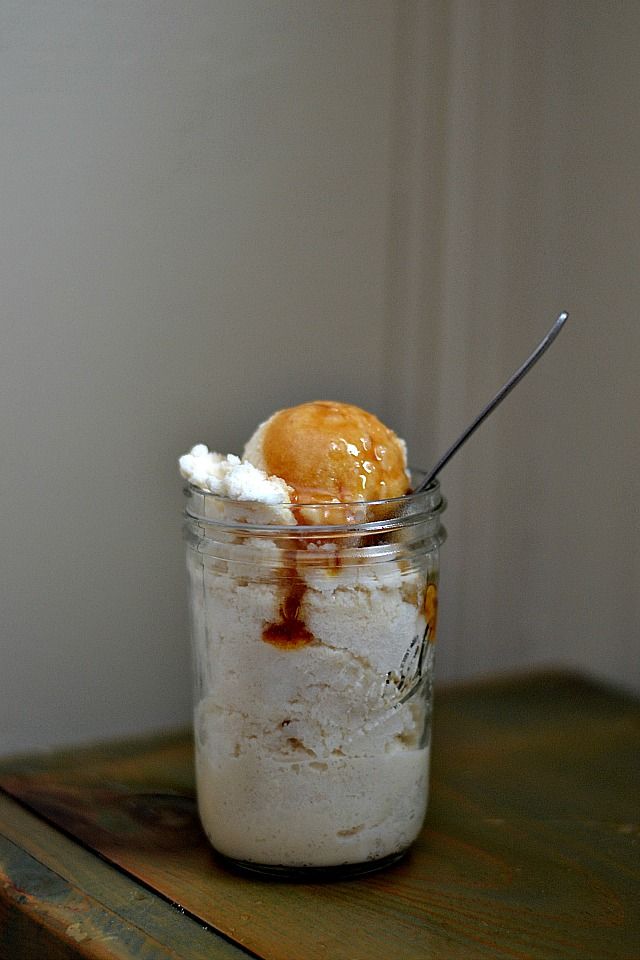 Those of you who live in the southern warm states, you should feel bad for us, because it is flipping brutal this year. In a sad attempt to do something fun with the horrible snow, we decided to eat it. Snow Cream is an old fashioned treat that we northerners have been doing forever. In New England (and probably Canada) we liked to use a bit of maple syrup in our snow cream. You can certainly use any sweetened syrup you would like, but we stick with our Grandpa Brown's syrup and a dash of cream. Now I want to save some of you some time and your comments about "oh don't eat the snow! Do you know how many chemicals are in it?!" They are terrified of acid rain... It's a traditional thing to do during winter in the cold states, and I am almost positive there are less chemicals in snow than there are in whatever you just ate for breakfast. The reason I say this is that last year when I blogged about this Sugar on Snow I got SO SO SO many comments on social media about how I was endangering my kids feeding them chemicals. It was really quite annoying.

Maple Snow Cream (30 Second Ice Cream)
Ingredients: A cereal bowl full of fresh fluffy clean snow 1 tbs of pure maple syrup (more if you like it super sweet) 1 tbs half and half ( or heavy/light cream)
Directions:
Drizzle syrup and half and half over the top of fresh snow and quickly stir it together until smooth. Drizzle extra syrup on top if you want a REAL treat. Then eat.

View original
Save
2 loves 1 save
Subscribe to Bakeaholic Mama
Get updates delivered right to your inbox!

Will be used in accordance with our Terms of Service
More posts from Bakeaholic Mama
Add a blog to Bloglovin’
Enter the full blog address (e.g. https://www.fashionsquad.com)
Contact support
We're working on your request. This will take just a minute...
Enter a valid email to continue