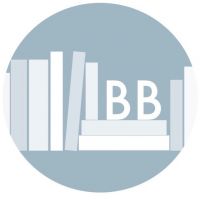 *Image and book provided by NetGalley for an honest review.
Summary:
Aimee de Laurent is a freshly graduated apprentice from the Academy of Mystic Sciences and she's signed up to learn under Harkon Bright, despite rumors about his unusual ship, the Elysium, and her crew. When her very first attempt to send the ship to their destination goes wrong, the crew finds themselves going up against The Eternal Order and one if its star knights, Lord Azrael, in a race to find a jewel that can show you where whatever treasure you're looking for can be found.
Review:
This book was a delightful experience. The cast of characters are my kind of do-good rogues (they'll do good things, but they'll take payment for doing so). Every character is a character and that's why they work so well together. I'll admit, I'm looking forward to more books in this series so I can get to know them better. I really appreciated that Brassey didn't throw in a love story. This book was all about setting up the world and its characters and he did a great job of it.
The story was predictable, but it was still quite charming. There were a lot of things the you could see coming, but the characters were still worth investing in and the full story was a fun ride. What's more is the world this book takes place in. So many possibilities, so many new and interesting things to learn about (seriously, one world has dragons!) and, most intriguingly, potentially a new species of sentient, evil beings.
That reminds me, there were a couple of scenes that were a little too much for me, violence wise. Nothing strongly graphic in its description or presentation but still, be a little wary.
Another reason I'm looking forward to the next book is to learn more about this amazing world where magic and technology work together almost seamlessly. One of the reasons I love science fiction so much is the technology. This fantasy book has given me a look at some new, wonderful mechanics that are magic based and I want to know more!
I really think this would be a good book for sci-fi fans who are interested in dipping their toe into fantasy. Or for fans of space fantasy who are fans of rogue-like characters.


View original
This post is tagged in:
Save
Subscribe to Blogger's Bookshelf
Get updates delivered right to your inbox!

Will be used in accordance with our Terms of Service
More posts from Blogger's Bookshelf
Add a blog to Bloglovin’
Enter the full blog address (e.g. https://www.fashionsquad.com)
Contact support
We're working on your request. This will take just a minute...
Enter a valid email to continue