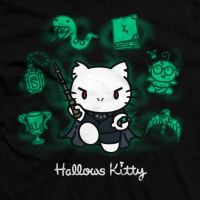 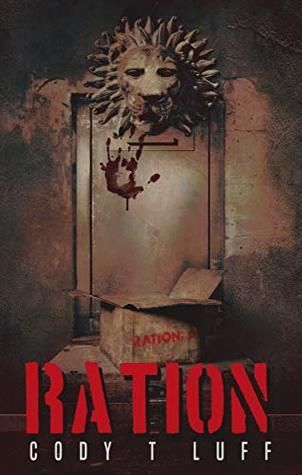 Cynthia and Imeld have always lived in the Apartments. A world where every calorie is rationed and the girls who live there are forced to weigh their own hunger against the lives of the others living in the building. It’s a world where the threat of the Wet Room and Ms. Lion always lingers, and punishments are doled out heavily both by the Women who oversee them and the other girls.

When Cynthia is wrongly accused of eating an “A” ration which leads to the death of another girl, her peers punish her harshly. In seeking revenge, she is forced from the only home she has ever known, out into the broader world with one of the Women—Ms. Glennoc—who has tormented her for years. Hunger mixes with politics, intrigue, and social status, and Cynthia needs to figure it out quickly if she’s going to survive and make it back to the Apartments to save Imeld.

With her friend and Ms. Glennoc gone, Imeld is lost. Ms. Tuttle forces her to step into Ms. Glennoc’s shoes, taking on the role of a Woman in charge of all the girls, the punishments, and the Wet Room. The new role feels wrong, especially as Ms. Tuttle’s behavior becomes more and more erratic. Imeld can’t turn her back on the other girls in the Apartments, but how can she save them when she isn’t sure how to save herself? If they rebel against Ms. Tuttle and the other Women, will they starve?

Set in the far future, Ration is an unflinching take on the ways society can both thrive and go wrong as the pressure to survive builds.

Ration is a book I found on Netgalley from one of those Read It Now Emails. The premise of the story jumped out at me straight away and I knew it was something I just had to get my hands on.
Now this story isn't exactly unique. My first thought upon starting it was wow this reminds me a bit of Snow Piercer. If you haven't seen it I highly check out the film AFTER reading this story. It's good. In fact I could not stop imagining Ms. Tuttle as Minister Mason. Tilda Swinton's character just fit the image of Ms. Tuttle being portrayed in my head and I couldn't shake it once it was set. Now does this detract from the story? No. I was still able to enjoy Ration as its own entity. I just borrowed the visuals from something else to help me set the scenes.
One thing I really enjoyed about this story were the Ration packs. On the farm it seems girls are either fed A,B or C rations. Choose a B or C and you're good to live another day but choose an A and well, let's just say unpleasant things happen. After being mistakenly accused of taking an A ration the main character Cynthia sets in motion the chain of events that happen throughout the rest of the story.

As for the story. In the beginning it was pretty clear cut. Live on the farm, die on the farm. How quickly that happens is entirely your choice because chances of you living long enough to see the outside is very, very, slim. However, that would make for a pretty short story so off farm we must go. I was excited to see life "outside" but quickly became confused as it seemed there was more to the world but we were only being shown the poorest part of it. It would of been so cool if Cynthia was able to see that the farm was just a dog and pony show for a much brighter, glitzier, world outside but it still seemed pretty miserable and thus I felt it wasn't enough to make Cynthia do what she does in the rest of the story. Maybe I just expected more and maybe that was my problem. I'm so used to the smoke and mirrors dystopian setting that one just being built upon a world that was just actually that of a true Dystopian well, it took me by surprise.

Now I will say that I did enjoy the slight twist at the end when Cynthia learns the "truth" about the farms. Obviously these places have been problematic for a few years now but of course the girls at the farm aren't told that. I did expected the conclusion to be a bit more explosive than it was. If I was one of those girls I'd have banded together and force fed Ms. Tuttle and Ms. Glennoc parts of each other so they could truly witness the horrors they had inflicted on them through the years before dying inevitably of blood loss and or shock. That may seem gruesome but it would of been a fitting ending for those characters and I could rest my head knowing they weren't around to do that to others in the future.
I also really enjoyed the character Imeld. In the beginning you expect her to just be a one off character to get the ball rolling but she actually plays a pretty important role. Without her I don't think Cynthia would of taken the actions she did. Imeld was her hope and knowing she was alive and stuck under the tutelage of Ms. Tuttle spurred her to act in ways she probably wouldn't have based on her very sheltered upbringing at the farm.

Overall, Ration was a book I enjoyed and sped through really quickly. Therefore I feel my rating is justified despite the problems I experienced with the pacing and narrative in the back half.
With that being said, I'll be rating Ration by Cody T. Luff ★★★★.
*Copy reviewed received from Netgalley. All opinions are my own and I was not compensated in an which for providing them.
Want to learn more about this book or Author? Click the links below! Cody T. Luff: Goodreads www.codytluff.com

View original
This post is tagged in:
Save
Subscribe to Blood,Sweat and Books
Get updates delivered right to your inbox!

Will be used in accordance with our Terms of Service
More posts from Blood,Sweat and Books
Add a blog to Bloglovin’
Enter the full blog address (e.g. https://www.fashionsquad.com)
Contact support
We're working on your request. This will take just a minute...
Enter a valid email to continue