She vowed to uphold the law.
He’s determined to break it.
Together, they just might bend the rules.

Rookie cop, Sophie Nichols, knows the dangers of a one-night stand with a sexy stranger. Unable to resist the pull of cocky, badass biker, Ace Logan, she indulges in one steamy night of raw, unbridled passion.

At least, that was the plan…

As the new sergeant-at-arms for the Rogue Riders MC, Ace doesn’t need complications in his life—especially a curvy, captivating cop with a kick-ass attitude who has the power to wreak havoc on his club. So why can’t he stay away?

When Sophie’s brother is kidnapped by a ruthless criminal gang, Ace might be her only hope to find him. But once he has the rookie in his arms, he’ll never let her go. Now, Sophie must make a choice: break the law or break her heart?”

First time ever one night stand…anyway that was how it was supposed to be for Sophie. Sophie was a good cop who was looking to start over in a new city her brother lived in to get over her ex-husband trying to kill her since he couldn’t have her. Whew, that was a lot of info in one sentence! Yes, Sophie was once married to a man that she believed in and loved only to find out he was a cheater who mentally abused her and only wanted to control her. When she filed for divorce he figured that if he couldn’t have her, then nobody would. Once he was put away for 3 years for something other than attempted murder Sophie’s brother talked her into coming to live in his city. Sophie transferred and continued with the job that she loved and believed in…a cop. Once arriving she went to her brother who happened to be having a party at his house. It wasn’t just any party; Sophie could see that this was a bunch of people she probably would have encountered on her job when she was arresting people. After a short time Sophie was being ass grabbed by someone and a dirty, hot, sexy biker came to her rescue. Ace knew that there was something about Sophie and he wanted to get more acquainted with all of her gorgeous curves and those hot as hell boots she was wearing. Plus after finding out that Sophie did not want a relationship but just a hot one nighter who was he not to oblige her request. Pretty funny when the morning after came and Ace woke up with Sophie standing in front of him in her cop uniform. That sure calmed things down pretty fast for Ace when he was already thinking about another go round with Sophie.

Ace had his own back history as being placed in child services at a young age only to be abused by these same people. He didn’t believe in the system itself but did believe in justice. He was part of a breakaway MC who wanted to play batman. They believed in giving justice to those who were denied it by the regular justice system. Over time though even this MC had members ready to be become the outlaws that one percenters are known for. So once Sophie’s brother was taken by a very dangerous and deadly group of gun runners Sophie tried going by the law that she believed in only to be turned away when she requested their help in finding her brother. It was Ace who stepped up with the MC to help Sophie out. By this time the one night turned into a lot of “one nights”.

So what happens when the guy you are falling for is an officer in a MC and since MC’s are very male regimented will this go against everything Sophie was trying to get behind her since her ex was so controlling? What happens when the rest of Ace’s MC Brothers find out that his girl is a cop? Ace and Sophie sure burned up the sheets together but is that enough to bring two opposites together and make it anything but a one nighter? This book had me reading it straight through because I was so drawn into the Ace/Sophie relationship and couldn’t wait to find out if Sophie stayed on the right side of the law she believed in or if she had to turn to Ace and let his MC help rescue her brother. I am hoping the author continues with this series because there are a lot of bikers in this story I would love to read about. Oh, and how about a book on Jackie, too she seemed pretty BA herself. Sorry to name drop but once you read this you will see that there is a great supporting cast in this book.

This book was provided as an ARC from NetGalley for an honest review. 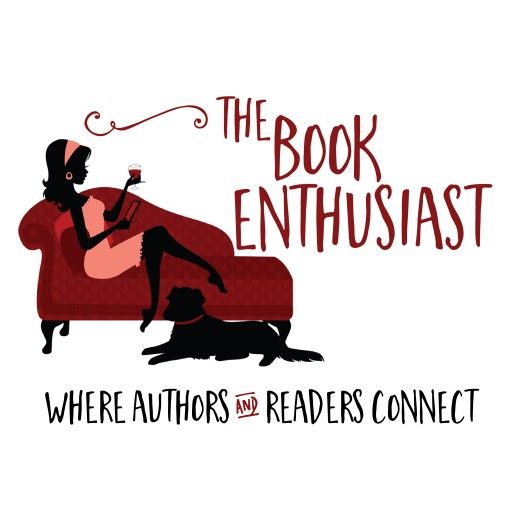 View original
This post is tagged in:
Save
Subscribe to The Book Enthusiast
Get updates delivered right to your inbox!

Will be used in accordance with our Terms of Service
More posts from The Book Enthusiast
Add a blog to Bloglovin’
Enter the full blog address (e.g. https://www.fashionsquad.com)
Contact support
We're working on your request. This will take just a minute...
Enter a valid email to continue