I am really pleased today to have a post from Tom Williams, a historical author. Tom kindly sent me this post before Christmas so was writing it before New Year hence the exciting start to his year which makes me jealous. You’ll be jealous too when you see the view from where he was staying!

2018 is set to be a very exciting year. It will be an exciting start for me, because this year, for the first time in my life, I’m going to see in the New Year at a ski resort. New Year turns out to be the only time that our family can all get together to ski this season, so that’s what we’re going to do. I am, of course, really looking forward to it. 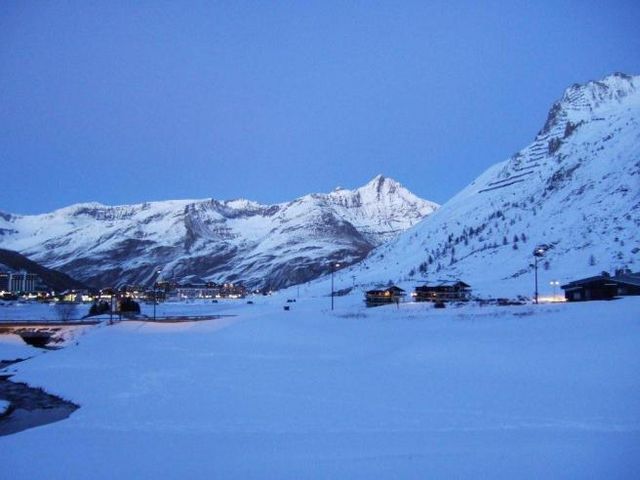 This is the view from the room I’ll be in at New Year.

On the writing front, I’ve just moved to Endeavour Press and they are going to kick off 2018 by publishing all six of the historical novels I’ve written over the past few years. The first one (Burke in the Land of Silver) will be coming out on 5 January. It should already be on pre-order, so if you like Napoleonic adventure, get onto Amazon now. Everybody tells me that Endeavour are a really good publisher, so I’m hoping that far more people are going to be able to read my books once I’m with them.

To celebrate having all six books relaunched, I’m finally going to get myself my own website. Organising this is less straightforward than I had hoped, but it should be up soon. I’ll not give the address here, because I don’t want you exploring it before it’s finished, but if you follow me on Facebook (at https://www.facebook.com/AuthorTomWilliams) or Twitter (@TomCW99) then I’ll be giving details of the website as soon as it’s ready to view. It’s been fun going through all my photographs, looking for pictures that would make good page headers. I think this one is my favourite so far. Can anyone tell me what it is? I’ve put the answer on my Facebook page, if you really can’t guess.

I’ve already written the next two books about James Burke. In the first, Burke’s adventures take him to Spain, where Wellington is fighting the war against France. In the second, we move a good few years earlier to when James Burke is spying for the English in Dublin. It’s a dark episode in British history and the book is a bit more serious than most of the James Burke adventures, but it has the usual mix of excitement and romance and I think you’ll like it. Endeavour should be publishing both later in the year, which is another thing to look forward to.

I have noticed that more and more sites are carrying my books as free downloads. I’d like to mention that my full-length books are only available from Amazon (or Simon & Schuster in North America) and that other sites offering the books for free are pirating them. A lot of people don’t see the harm in this, but a lot of my sales do seem to be vanishing to pirate sites and I know that Endeavour will only publish the next two Burke books if the first three get decent sales. So you do need to realise that pirating books means that writers are unable to find publishers for later books in a series. With any luck, 2018 might see fewer of my books being stolen like this.

What else do I have to look forward to during the year? I’m hoping to spend more time on research. I might be able to make a trip to Talavera, the site of a famous Peninsular War battle, and I’m spending time researching Waterloo, which I’ve covered once in fiction, but which I may revisit as a non-fiction writer. I may even try writing something that isn’t historical fiction. Writing history is great fun, but the research can be a lot of hard work.

All my excitement seems to be going to happen at the very beginning of the year, but I’m sure something will come up. 2017 was filled with travel and fun and that satisfying feeling that comes when you finish a novel and I’m sure that there will be lots more to look forward to in 2018 and beyond.

I used to write books for business, covering everything from the gambling industry to new developments in printing technology. Now I write about love and adventure in the 19th century, which is not nearly as well paid, but much more fun. My main interest is avoiding doing any honest work and this leaves me with time to ski, skate and dance tango.

Endeavour are re-publishing all six books of mine. There are three books about the adventures of James Burke, a British spy at the time of Napoleon. The first, Burke in the Land of Silver, is set mainly in Argentina, which Britain invaded in 1806. The second, Burke and the Bedouin is set in Egypt and climaxes at the Battle of the Nile and Burke at Waterloo is pretty self-explanatory. Burke was a real person – James Bond in breeches.

The other three books are the chronicles of the fictitious John Williamson, whose adventures at the height of Victorian colonialism have him meeting the non-fictional James Brooke (The White Rajah) in Borneo, surviving the bloodiest massacre of the Indian mutiny in Cawnpore, and returning to London (and a meeting with Karl Marx) in Back Home.

View original
This post is tagged in:
Save
Subscribe to bookloverwormblog
Get updates delivered right to your inbox!

Will be used in accordance with our Terms of Service
More posts from bookloverwormblog
Add a blog to Bloglovin’
Enter the full blog address (e.g. https://www.fashionsquad.com)
Contact support
We're working on your request. This will take just a minute...
Enter a valid email to continue