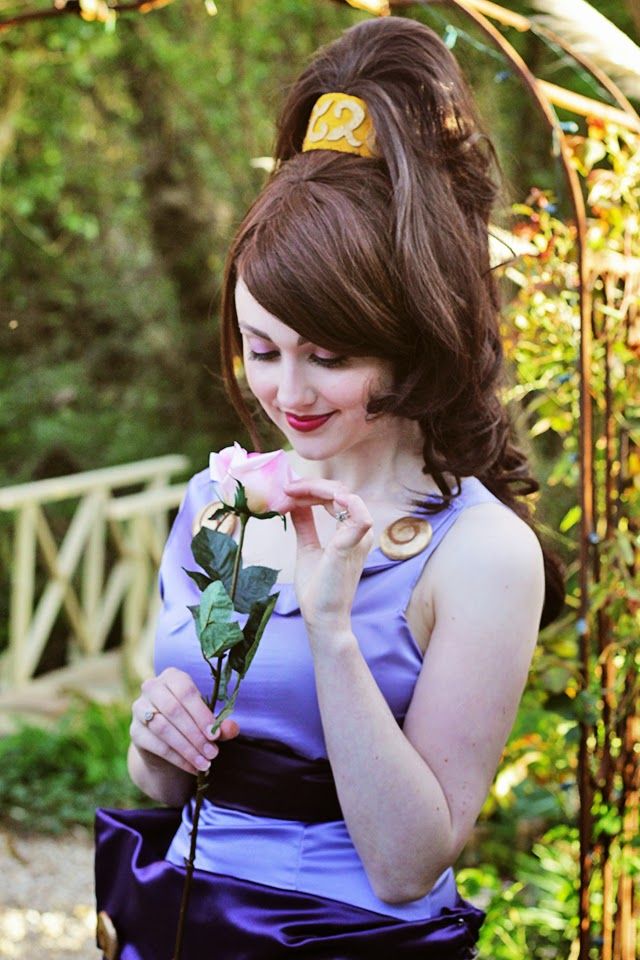 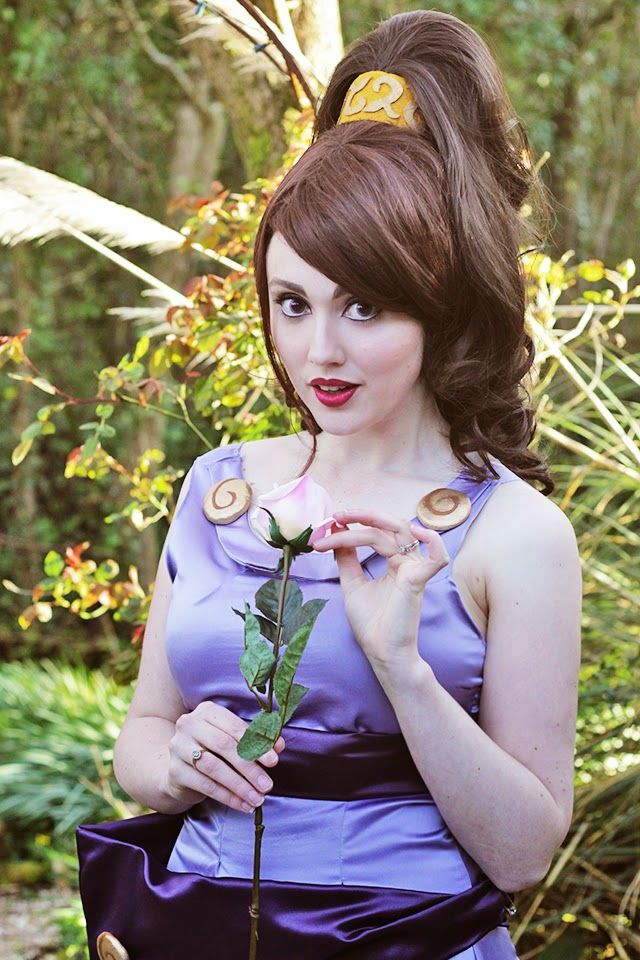 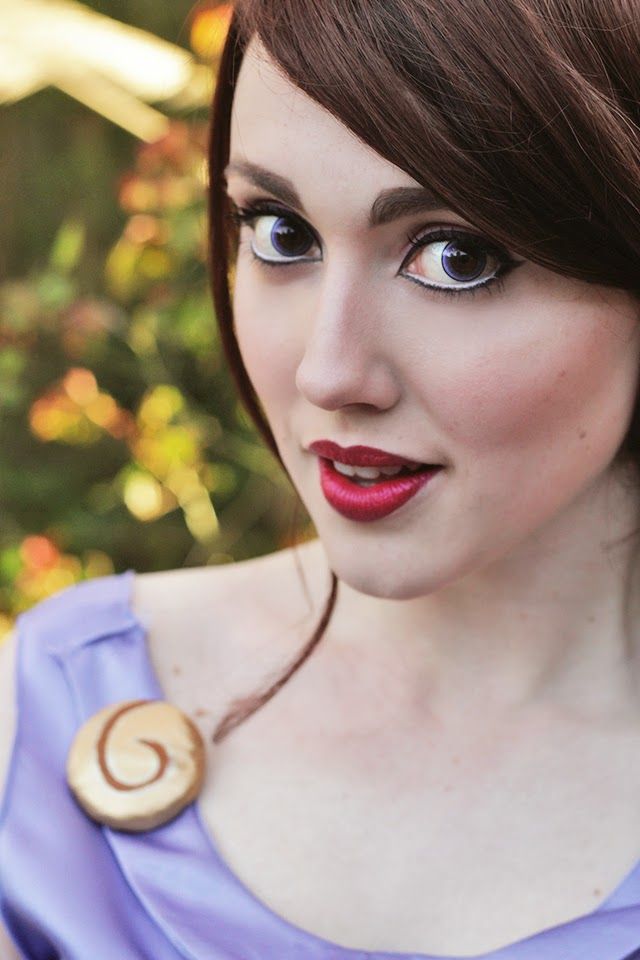 WIG MATERIALS C/O ANNABELLE'S WIGS
Since this has been my last ever academic holiday, I wanted to dedicate a little time to a self indulgent creative project. Naturally, it was cosplay! I've wanted to make Megara from Hercules ever since I started cosplaying, but her hair and figure hugging dress scared me silly. I got the darker purple fabric as a Christmas present, and after Annabelle's Wigs got in touch with me last month asking if I'd be up for styling a wig for them it seemed like fate! I ordered the lighter purple fabric and other materials, and over the past ten days I've been crafting away!
I've never been a huge fan of my first name - Megan. It's always seemed very clunky and dull, and part of me has always wished I was called something more poetic or romantic. As a child I felt like all of the characters in films/stories/tv I encountered called Megan or Meg were old or mad or walking punchlines. Then I watched Hercules, and found a Meg who was sassy and beautiful and feisty. I've loved her (and the film) ever since! The only people who really call me Meg are my family, and when I was wearing the completed cosplay around the house we couldn't help but laugh whenever they called me it.
Since it was the aspect that scared me most, the first thing I tackled was the wig. I won't go too much detail on construction in this post as I'm going to sharing a video, but it's made from two wigs, a bunch of extensions, and a duct tape tube. I then covered the tube in bronze felt, and decorated it with felt-cutouts painted gold (inspired my the Disney Parks version). Next up was the dress. I've made plenty of circle skirts now, so I started with the bodice. There was a lot of trial and error involved! In the end I cut open an old top that fitted me nicely and used it as a pattern. I added a few darts to make it more fitted around the bust and waist, and added a zipper up the back. The collar and sashes were done by sight (although I do want to replace the collar eventually). I just measured how long they needed to be, doubled the widths so I could sew them into tubes, and attached them. The waist sash is currently secured with a safety pin, but I'm planning on picking up some poppers or velcro. To make the wider end stand away from the body at an angle I put a piece of thick cardboard inside, then attached the long draping ends to the inside.
The medallions are made from air dry clay and painted up with metallic acrylics. Whilst the clay was still soft I pushed little a wire hook into the back of each medallion for sewing. I love how they have a bit of weight to them - it makes them feel more authentic. The makeup is partially inspired by the Disney Parks version, combined with my own translation of the film. I don't have lilac circle lenses yet, so I'm actually wearing blue ones that I tinted purple in Photoshop. There are a few tweaks I want to make here and there before I take her to any conventions, and I still need to get some sandals, but on the whole I am so pleased with this cosplay. It's the first time I've made a dress from scratch, and the biggest wig I've ever attempted. I feel so amazing wearing it, and I can't wait to take it out and about!

View original
Save
12 loves 5 saves
Subscribe to Briar Rose
Get updates delivered right to your inbox!

Will be used in accordance with our Terms of Service
More posts from Briar Rose
Add a blog to Bloglovin’
Enter the full blog address (e.g. https://www.fashionsquad.com)
Contact support
We're working on your request. This will take just a minute...
Enter a valid email to continue