Cheetah is the new black

Where to buy the best Moroccan Rugs

I have a knack for making friends while shopping. What can I say, my passion for cool stores shows through? Enter: Ali–who happens to have the coolest Moroccan rug shop (and it’s here!! in Sacramento!), Kechmara. Ali was the one who loaned me the lanterns and rug that set the scene for my 30th birthday party this past fall. And afterwards, told me that I wasn’t allowed to throw another party with his rugs unless he could set it up (ha! I had the kilim on the wrong side, oops!)–so we have another party currently in planning mode and Ali is going to help with the set up this time.

Ali spends 6 weeks a year in Morocco sourcing the best selection of azilal and beni ourain rugs I’ve seen–so much color and such rare vintage finds. I seriously spend hours just hanging in his warehouse ooh’ing and ahh’ing over everything and making him take apart his rug stacks. He has such great taste that we’re to the point now where he just sets certain pillows and rugs aside for me that he says I just have to have. Or at least see before they’re gone. He doesn’t like to have his photo taken but I begged and volunteered to help him sew up a batch of pillows in exchange for this feature. So you guys better be thankful–I put my sewing skills to work for you! He’s a character that one! 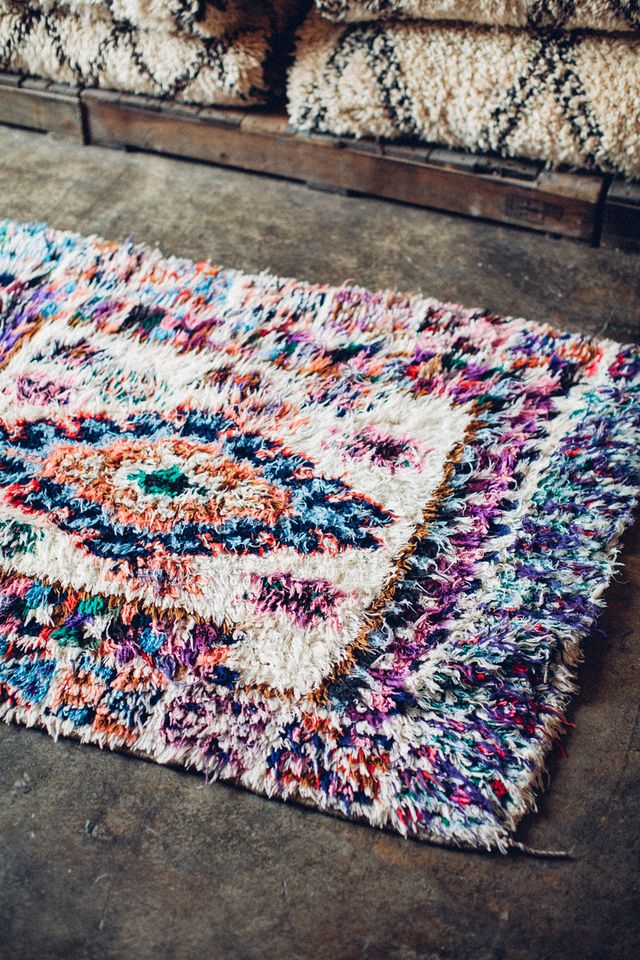 View original
Save
10 loves 6 saves
Subscribe to Cheetah is the new black
Get updates delivered right to your inbox!

Will be used in accordance with our Terms of Service
Forgot Password?
Subscribe to Cheetah is the new black
Get updates delivered right to your inbox!

Will be used in accordance with our Terms of Service
More posts from Cheetah is the new black
Add a blog to Bloglovin’
Enter the full blog address (e.g. https://www.fashionsquad.com)
Contact support
We're working on your request. This will take just a minute...
Enter a valid email to continue