French Dip Sandwiches made easy in a foil pack. Perfect for grilling, taking camping, or even cooking in your oven! (Great make ahead option) 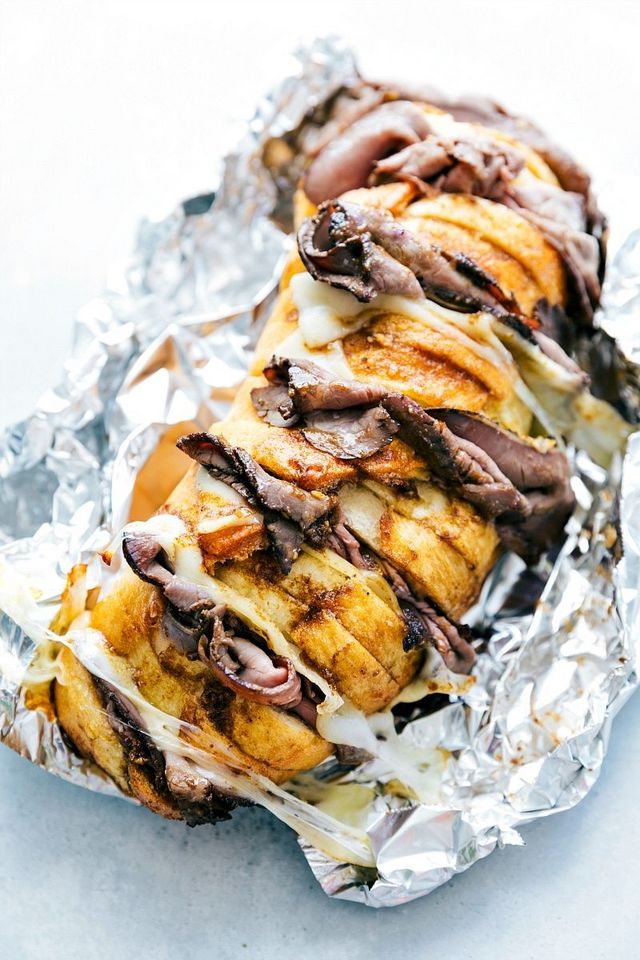 The toddler LOVES recipe videos. He makes his own all the time, loves assisting me with them, and more than anything, he loves watching them over and over again. And this video? Well, it happens to be the toddler’s all time favorite. He’s watched it no short of twenty times and every single time, the cheese starts “dancing” across the bread, it sends him into a burst of giggles.

After watching it a few times he asked me how the cheese was dancing. I started to explain movie editing as his eyes quickly glazed over. He interrupted me with, “Mom, I think the cheese has a really, really little motor in it!” I assured him it didn’t have a motor to which he responded that “maybe we should ask daddy if it has a motor in it.”

So while I’m flattered he loves the movie so much and I LOVE hearing his cute little giggles (which subsequently makes the baby socially giggle), I’m also a little concerned because he will no longer consume cheese. At all.

He explains to us that he “thinks the cheese’s motor might hurt his tummy.”

We’ll continue to work on his understanding of the chemistry of cheese, but I’ll admit I’m not super disappointed there are more sandwiches leftover for me. 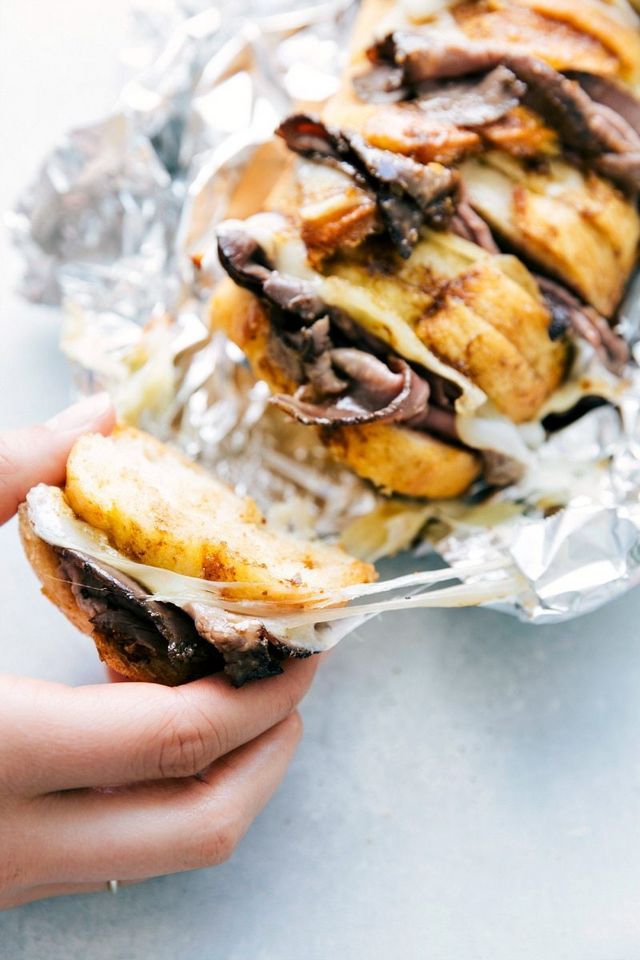 So long as you aren’t fearful of cheese, these french dip sandwiches make such a fun dinner! They’re SO simple and everyone will love getting their own packet of “miniature” sandwiches! Not to mention, who doesn’t love having a dip on the side?!

Not only do they make a great weeknight dinner (fast easy), they are also the perfect thing to bring camping or to enjoy over a camp-out. You can make the sandwiches beforehand — just pack the foil-wrapped sandwiches in a big ziplock bag (and if you want the dip: the remaining au jus, a campfire pot, whisk, and some water) and throw it all in a cooler. Come dinner time, you can throw the sandwiches over the grill and prepare the au jus sauce. (Or prepare it beforehand and just warm it up over the fire).

These foil pack french dip sandwiches are also perfect for over the grill (this is our favorite way to enjoy them!) and if your grill has a side burner, you can make the au jus while they’re cooking.

However you make these I’m sure you’ll love them!

French Dip Sandwiches made easy in a foil pack. Perfect for grilling, taking camping, or even cooking in your oven! (Great make ahead option)

View original
This post is tagged in:
Save
5 loves 8 saves
Subscribe to Chelsea's Messy Apron
Get updates delivered right to your inbox!

Will be used in accordance with our Terms of Service
More posts from Chelsea's Messy Apron
Add a blog to Bloglovin’
Enter the full blog address (e.g. https://www.fashionsquad.com)
Contact support
We're working on your request. This will take just a minute...
Enter a valid email to continue