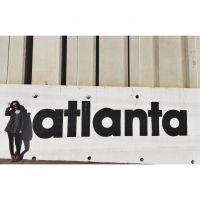 
Awhile back I posted about my experiment with zucchini chips (see here). Since then that post has been viewed around 200,000 times and pinned way more than I ever thought possible.
I received a lot of nice emails and comments on the post but my tiny little blog and particularly that post received some negativity as well. Someone even wrote me an email to tell me how I was going to cause fire damage in your homes because of the temperature I put my oven at when cooking olive oil, I also received comments about this same thing which prompted me to look into it - and I still stick with my high temps - Martha Stewart has a recipe that has veggies and olive oil at an even higher temp. . and I'm going to agree with Martha on this one.

Anyway, I've made some little changes, added some new ideas/flavors, and updated the old post with new info.

So here you have it - zucchini, five ways :) Recipes below

Cooking spray 2 medium zucchini (about 1 pound total) 1 tablespoon olive oil
For flavors above - skip to the ingredient lists below, if making standard zucchini chips continue below.
1/4 cup freshly grated Parmesan (3/4-ounce) or Panko (I used breadcrumbs for some, panko for others) 1/4 cup plain dry bread crumbs 1/2 teaspoon salt Freshly ground black pepper
Directions Preheat the oven to 400 degrees F **I have found that some people have had success at 350 or 375, if your oven runs hot, you might want to try at a lower temp for longer and check often!!** . Coat a baking sheet with cooking spray.
Slice the zucchini into 1/8-inch thick rounds. In a medium bowl, toss the zucchini with the oil. In a small bowl, combine the Parmesan, bread crumbs, salt, and a few turns of pepper. Dip each round into the Parmesan mixture, coating it evenly on both sides, pressing the coating on to stick, and place in a single layer on the prepared baking sheet.

Bake the zucchini rounds until browned and crisp, 20 minutes (longer if at a lower temp). Let them sit for 10-15 minutes.

View original
Save
3 loves
Subscribe to The Copper Collective
Get updates delivered right to your inbox!

Will be used in accordance with our Terms of Service
More posts from The Copper Collective
Add a blog to Bloglovin’
Enter the full blog address (e.g. https://www.fashionsquad.com)
Contact support
We're working on your request. This will take just a minute...
Enter a valid email to continue