I looked at the clock and it was barely 9:30 PM. In a way, tonight felt like Christmas Eve. I knew that joy was on the other side, I just had to be patient. Shit, what was a few hours gonna hurt anyway? I just needed to keep myself preoccupied.

I went into the kitchen and retrieved my Peach Ciroc from the cabinet. I grabbed the cranberry juice from the fridge and poured myself a drink. As I took a sip, I started to dream about my new life. I was grinning from ear to ear like the Grinch as I thought about being called “Mrs. Cheyenne Ellis”. After a moment, I skipped to the couch and sat my happy ass down. I turned on the television to see that the Falcons were playing. I would have turned the channel, but the liquor was giving me the peace and satisfaction I needed. I sat there in my solitude, allowing my mind to drift away to places unknown. . .

“And we begin with breaking news out in Conyers, Georgia where one man has been killed, and another injured at a fast food restaurant. Let’s get right out to Fox 5’s Brian Hill as he joins us live on the scene. Brian?”

My eyes shot open as I listened to the story.

“Thanks Tom. What was supposed to be a routine drug bust, turned in a deadly shootout at the Burger King on GA-20 in Conyers”

My eyes perked up, believing that Louie went above and beyond our agreement. I slid to the edge of my seat, hoping to see that silver Lexus on the screen. However, as I continued to look and listen, I saw a familiar vehicle that shouldn’t have been there at all.

I picked up the phone and called. No answer, I called again. Still no answer.

“Get a grip girl! She told you she was going to the movies. Who has their phone on in the movies?”

I continued to look at the screen, trying to find clues of what happened. The police weren’t releasing the name of the person that was killed, but they did say that drugs were found in the deceased’s car. The reporter also said that three assault weapons and a machete were discovered as well. I sat there on the sofa beginning to second guess myself. That holiday cheer I once had unexpectedly turned into fright..

I couldn’t spend the next hour playing the “what if” game. I needed to know what was going on. I quickly grabbed my cell and called him. No answer.

I called again. Still no answer. But instead of hanging up, I decided to give myself some cover.

“Terry! Terry! Somebody’s been killed at your store! Call me back!”

My heart was pounding way too fast! I couldn’t breathe!

I kept replaying the plan in my head. Terry would go to the restaurant to meet ol’ girl at ten, as usual. He would do his thing and by the time he came out, the police would have him surrounded with the drugs in his car. I even checked the schedule to make sure his new bitch was working. Shit should have been a routine bust!

“How could Louie have fucked this up?”

Just as I started to dial the detective, Whitney’s number came across the screen.

There were no words. I could hear my friend in pain as she cried on the phone.

“Whitney? What, what happened?”

After she took a moment to collect herself, she said

“At the movie theater?”

“Wait a minute. What were you doing there?”

“Terry called me and stated that he wanted me to do inventory with Mr. Jace tonight. Since we were nearby, I said that I would”

“Yeah. My baby agreed to wait in the car. But when we came out, the police surrounded us. Mr. Jace panicked and pulled out his gun”

“I ran back into the restaurant and all I heard were gunshots. When I walked back out, Mr. Jace was dead, and my baby, my baby!”

She couldn’t speak anymore as her heart and soul were at the mercy of the physicians. I listened to her moan for several minutes before I replied

“Whitney, if you need anything, call me. I’m going to find out where Terry is”

My heart was speeding out of control again. It felt like I was gonna crash, but I was standing still. I knew I had to get it together.

After a second or two, I was in control again. I swallowed the last of my drink. Then I made a call, but it wasn’t to Terry.

“Louie, what the fuck happened tonight?”

“But you guys killed the wrong guy! I thought you wanted Terry?”

“And I thought you wanted to help keep drugs out of our community?”

“Nigga, are you trying to play me right now?”

“Look, I could say the same thing. We waited on the silver Lexus, but it never showed. Thinking he may have come in something else, we waited for him to come out the back door like you said. Dude had guns and drugs in the car like you said”

“And for that, I’m truly sorry. Buddy was in the wrong place at the wrong time”

“What am I supposed to say? Shit happens. Besides, another dope dealer is off the streets”

“I mean, yeah. If we can’t find any fingerprints on the weapons or the bag that matches Terry’s, there’s nothing I can do. Now if you want to give me another rub and tug, I can see about . . .”

I hung up the phone and fell to the couch. I started to cry. I needed to figure out my next move. If I ran with the girls, Terry would know I tried to set him up. If I stayed, I risked the worst ass whooping of my life, or worst. I didn’t want my daughters watching their mommy being beaten again. I started shaking. I refused to be the victim anymore. I needed him gone. Everyone I thought could help had let me down. I did the only thing I could do. I went to the bedroom and reached under the bed and grabbed his gun.

I walked to the den and sat in his favorite chair, waiting for him to walk through the door. My eyes were wide open as I could hear his key unlock the door.

Written by the Wednesday Gentleman 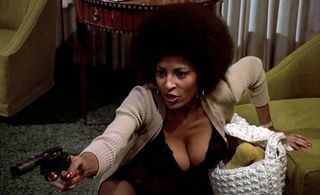