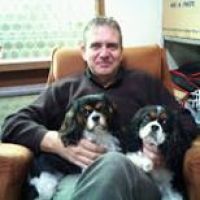 It’s Still Worth it for Overseas Students to Study in Australia, but Universities Could be Doing More


by Julie Hare, University of Melbourne, The Conversation: https://theconversation.com/its-still-worth-it-for-overseas-students-to-study-in-australia-but-universities-could-be-doing-more-107180 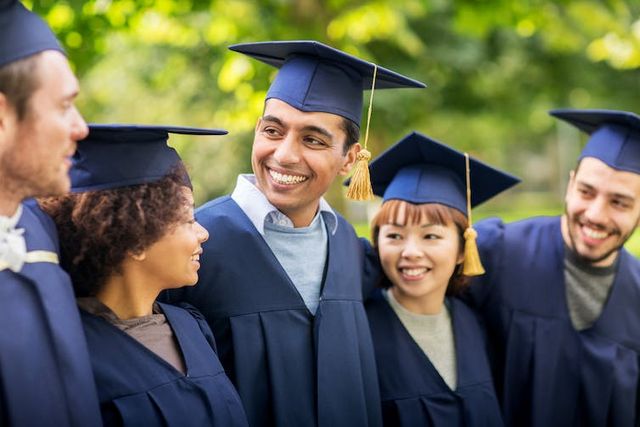 Generally, students who studied in Australia from overseas felt positive about their experience and enjoyed a good return on investment in their education. www.shutterstock.com
For years, it has been predicted the increasing number of students flowing into the graduate jobs market would result in falling salaries, underemployment, and students taking on second and third degrees to get an edge in the competitive jobs marketplace.
But what of students who spend upwards of A$200,000 on obtaining a degree in Australia, New Zealand, Canada, the United States or Europe? Many students come to Australia from overseas and pay full market rates – A$100,000 is a very conservative estimate for fees alone, with costs of living on top of that – for undergraduate and postgraduate degrees.
Read more: We need to make sure the international student boom is sustainable
Until now, we’ve known relatively little about how they fare when they return home and if there’s been a valuable return on their substantial investment. New research from the International Alumni Job Network (IAJN) reveals the return on investment for an international education is still positive for international students, and they’re generally also positive about the experience.

But it’s in the best interest of individual universities to actively work with businesses in home countries to help secure job prospects for graduates. Some universities currently do this, but most do not.

How many students study abroad?

According to the Institute of International Education, each year over 5 million students study abroad. Of them, more than a million go to the US. Australia is currently the third-largest destination country, but federal education minister Dan Tehan recently predicted Australia will overtake the UK in 2019.

Each year, the numbers increase in a seemingly unstoppable flow of students seeking an overseas degree as the passport to a better life. In Australia alone, the figures are breathtaking, with a 17% increase in just one year to be now valued at A$34 billion to the Australian economy.

Each year, over 5 million students study overseas. from www.shutterstock.com
Meanwhile media reports – and common sense – suggest the graduate employment market in some source countries is contracting, due to a number of factors. These include increasing inflows of internationally educated graduates, and improvements in higher education provision at home.

The China Daily, for example, reported last year that in 2007, 1.44 million students left China to study overseas, with 440,000 returning after graduation. In 2016, 5.45 million students left and 4.33 million returned home. Another 666,000 were set to return home in 2017 and compete for jobs with the 7.97 million freshly minted graduates from Chinese universities.

The survey found, thankfully, the vast majority of students were more than satisfied with their international experience. In general, Indonesians were the most positive about their international experience (92%) and Indians the least positive (75%). Some 86% of Thai students thought international education was important, compared with 64% of Indians.
Read more: What attracts Chinese students to Aussie universities?
When it comes to satisfaction with return on investment, things get a little skewed. More than 70% of returned alumni were satisfied with the return on investment, with the exception of Indonesia (67%) and India (a lowly 46%).

Obviously, the reasons are far from straightforward. We hypothesise the responses are based on where students are getting their pre-enrolment information. We suspect using agents and university websites as the primary source of information may be too steeped in marketing hype and not enough in reality. By contrast, students who received their information by word of mouth from family, friends and other alumni were much more realistic in their expectations of studying abroad.

This study used US dollars to calculate the average wage of returned graduates because it’s the best benchmark.

Returns on investment depend very much on where students come from and how their earnings on return compare with their locally educated compatriots. For example, the average monthly wage of a Vietnamese-educated local is just US$175 a month and US$343 for Indonesians. On the other hand, locally educated graduates from Singapore and Hong Kong earn on average US$1,966 and US$1,722 per month respectively.

As expected, earnings growth accelerates over time. Some 40% of returned alumni earned more than US$10,000 per month (A$170,000 per year). Although we must take account of the fact some alumni responding to the survey gained their degrees more than two decades ago and were part of a relatively elite group who travelled overseas for study at that time.

On the downside, 30% of PhD graduates reported currently earning less than US$500 per month. One would assume this is a result of gender and age (such as for child bearing women). But within three to seven years, most graduates witness healthy salary increases, also as one would expect.

According to the survey, there was little financial benefit from studying at a Go8 university (compared to a non-Go8 university) for a first job. The ANU provided the best returns on investment over time.

The study showed there was little financial benefit from studying at a Go8 university compared to a non-Go8 university for a first job. from www.shutterstock.com
Monash and UNSW had the highest satisfaction with return on investment at 75%. Sydney alumni also downplayed the role their international education had on their subsequent career (69% satisfaction compared to 84% at ANU and Monash). The dynamics behind these sorts of statistics will be up to individual universities to analyse and understand.

But the survey found Sydney University had the highest rate (15%) of alumni earning more than US$10,000 a month in their first job. Somewhat ironically, Sydney also registered the lowest satisfaction with return on investment (62%) – perhaps a culmination of high fees and the cost of living in Sydney.

Obviously, it’s in the interests of individual universities to actively work with businesses in home countries to help secure job prospects for graduates. The power of word of mouth and social networks should not be undermined.
Read more: Graduating into a weak job market: why so many grads can't find work
The value of the international education sector might have hit an all-time high, but there’s pressure on individual universities to do their best to ensure graduates get a genuine return on their massive investment in their education abroad.
The author would like to acknowledge the contribution Shane Dillon, the founder of the International Alumni Job Network, made to this article.

This article is republished from The Conversation under a Creative Commons license. Read the original article.

View original
This post is tagged in:
Save
Subscribe to Dr Robert Muller - Tutoring to Excellence in Education
Get updates delivered right to your inbox!

Will be used in accordance with our Terms of Service
Forgot Password?
Subscribe to Dr Robert Muller - Tutoring to Excellence in Education
Get updates delivered right to your inbox!

Will be used in accordance with our Terms of Service
More posts from Dr Robert Muller - Tutoring to Excellence in Education
Add a blog to Bloglovin’
Enter the full blog address (e.g. https://www.fashionsquad.com)
Contact support
We're working on your request. This will take just a minute...
Enter a valid email to continue