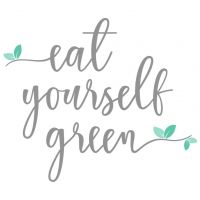 Why You Shouldn’t Dive with Whale Sharks in Oslob

Before heading to the Philippines, we heard a whole lot about the abundant marine life this island country housed. We were also aware of the famous dive with Whale Sharks, famous in Oslob, and were eager to see these giants up close.

We visited the city exclusively to experience this encounter but wasn’t before long that we noticed something seemed a bit off.
Oslob is a small town with few places to eat and sleep, so it wasn’t difficult to find the area where the dive happened. As we arrived a little earlier the day before, we went around to check it out and were pleased to see that the centre had signs up with updated information on the conservation and care of whale sharks.

Excited to see the largest fish on Earth, we went to bed early to wake up even earlier and get a good spot in the line. There’s no bookings and if you don’t want to wait for too long, you better get there before dawn.

It was 5:30am when we arrived in the still dark but already noisy beach. About 300 to 500 people were already lined up to sign and pay for the tour with the sharks. While we waited around with tourists from all over the world and locals too, we sensed that there was something really off. Hundreds of tourists waiting to get on the boats

After paying and ready to get our equipment to snorkel, we waited around listening to a lady providing everyone with information on the ‘protection and care’ of the sharks: “no touching, no jumping, no sunscreen and no flash”. There was however, no mention of the limit of 6 people per shark as signalled on the boards.

After a wait of approximately an hour, it was our turn to jump on the boat. No further than 30 metres was a tiny boat with bags of what I learnt after to be frozen krill that was being fed to the sharks.

Our boat (luckily just with the two of us) stopped about 8 metres from the others and we were allowed to ‘jump in’. Carefully, we both exited the boat avoiding making bubbles as we learned they attract the attention of the whales (and believe me, you don’t want that to happen).

Upon fixing our mask and snorkel, one giant shark was already there, having its feast of frozen fish and beautifully floating around. What was supposed to be an unforgettable and remarkable experience turned also to be a sour memory.

Underwater, fighting to pay attention to the Whale Shark there was also dozens of other swimmers and snorkelers trying to pose for the perfect selfie and getting dangerously close to the sharks.

Under them, another handful of divers admiring the beauty of this endangered animal and making thousands of little bubbles that confused me as to why such an inappropriate act was allowed.

Our 30 minutes with about 2 to 3 sharks came to and end after we managed some far away shots and a very close call, as one gigantic specimen came straight towards me while Jean recorded my quick disappearance as I tried to hide behind the boat.

From inappropriate handling of the crowds to the feeding of wild animals, we both felt highly uncomfortable after leaving the site and letting the experience sink in. Whale sharks are intelligent and migratory animals that feed of wild krill and are never supposed to lay on a vertical position to wait for food. It felt wrong to ‘lock’ these animals in a food dependant circle where they are now not used to acquire their nutrition by themselves and would lack the skills and nutrition to fend for themselves.

As we left the site still not believing our eyes from seeing such amazing animals we felt a disappointed for supporting such an unethical attraction.

It was indeed a timely reminder that animal mistreatment goes way beyond locking them in cages for our own entertainment.

What can you do instead:

If you still feel like you’d love to see the largest fish on Earth, make sure to research sites that actually care for the life of these animals. Some suggest that Donsol (on the north of Cebu) offers tours that hold no guarantee to see a Whale Shark but grants the certainty that the animals are left peacefully alone in their own environment.

The post Why You Shouldn’t Dive with Whale Sharks in Oslob appeared first on Eat Yourself Green.

View original
This post is tagged in:
Save
Subscribe to Eat Yourself Green
Get updates delivered right to your inbox!

Will be used in accordance with our Terms of Service
More posts from Eat Yourself Green
Add a blog to Bloglovin’
Enter the full blog address (e.g. https://www.fashionsquad.com)
Contact support
We're working on your request. This will take just a minute...
Enter a valid email to continue