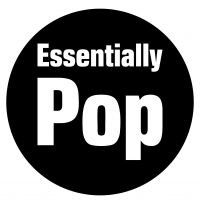 Inspired by listening to Jack Johnson’s song, ‘I Got You’ one afternoon, Welsh singer songwriter Danielle Lewis thought back to her experiences of touring and performing across Australia at the age of 19, to moving from her childhood home in West Wales to the big city bright lights of Cardiff to pursue music as her chosen career.

‘Anywhere Is Home’, an uptempo guitar driven song which perfectly showcases Danielle’s pure, folky vocals. It’s quirky and boppy and defies the listener to even try sitting still in their chair while listening to it.

Danielle released her debut EP, ‘Paper Hearts’, in 2013, which found her invited to perform live on S4C TV on three different programmes (with more to come). She has also been playlisted on BBC Radio Cymru, as well as featured as Artist Of The Week on BBC Radio Wales. Danielle was additionally invited onto BBC Wales’ Emerging Talent Horizons Project for 2016, which, in partnership with Arts Council Wales, aims to develop new, independent, contemporary music in Wales. Speaking about Danielle’s music, a spokesperson from the project said:

“There is an invigorating, fresh purity to Danielle Lewis’ music. Her wonderfully clear voice sounds as effortless and uncontrived as Karen Carpenter’s sounds…her songs are timeless folk pop songs that have the potential to appeal across generations, with a similar melodic nouse to Taylor Swift or Lucy Rose.”

Through the project, Danielle has had the opportunity to perform at The Great Escape and Festival No. 6 (September, in Portmeirion, Wales). She will also have the privilege to record two songs this Autumn at Maida Vale studios. Additionally, two tracks from her bilingual English and Welsh second EP, ‘Dreams Grow’, self released in June 2015, were used on a “Visit Wales” online campaign.

Danielle’s music is published by Charlotte Church’s company, Bounce Publishing, and ‘Anywhere Is Home’ will be released on Folkstock Records on July 4, 2016.

You can pre-order ‘Anywhere Is Home’ from Folkstock Records’ Bandcamp page here. Each pre-order includes an immediate download of Danielle’s song, ‘I’ll Wait’, with versions in both English and Welsh.

Listen to ‘Anywhere Is Home’ on Soundcloud (and check out the gorgeous artwork, featuring an Australian Satin Bowerbird):

View original
Save
Subscribe to essentiallypop.comepop
Get updates delivered right to your inbox!

Will be used in accordance with our Terms of Service
More posts from essentiallypop.comepop
Add a blog to Bloglovin’
Enter the full blog address (e.g. https://www.fashionsquad.com)
Contact support
We're working on your request. This will take just a minute...
Enter a valid email to continue