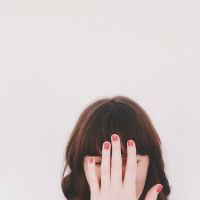 How to Make a Silicone Mould

Working on getting the new site up and running has meant I have neglected my ‘How to’ series. But we’re back with probably one of my favourite tutorials that has so much potential. This DIY is something I’ve been working on for ages! Being able to quickly and easily make a mould means I can make clay, resin and concrete (to name a few) versions of pretty much anything I like… Think of the possibilities!

So, like I say I have been working on this for a long time. The idea originally came from this post, which was awesome but I found it a was lacking a few key details so I recreated it here. I tried several different materials, techniques and combinations so some of the details in the pictures may change – so read through carefully!

Silicone Sealant – So this is important. It has to say silicone on it! I tried with different sealants and some worked… some really did not. The one in the picture below worked ok, but the best I tried was a “bathroom silicone sealant” which produced the final mould.

Caulking gun – to get the silicone out.

A positive to make the mould out of

bowl or bucket that isn’t used for food (because you’re not going to want to eat of of it again!)

1. Mix your soap and water together. I’ve done it roughly about 1 part soap to 10 parts water.

Whoa! We’ve changed soap colour here. This tutorial took a few times to get right, so we now have purple soap for the rest of the DIY. Like magic!

2. Cut the end off the silicone and without using the nozzle squeeze it all out using the calking gun. If you’re making a small mould you can just use a little and save the rest for another time.

3. Work the silicone until it is not sticky. I used both my hands to pull and squeeze the silicone whilst it was submerged in the water for about 5 minutes.

4. Keeping it wet transfer into a container. This step was not in the original tutorial but as the silicone drys it gets very sticky so you want it somewhere it won’t make a huge mess! The soapy water keeps stops it from sticking to your hands so don’t dry them yet either.

5. Press your object into the silicone to create the mould. You’ll want something with smooth edges that the silicone will peal off easily. This resin bracelet was perfect.

6. Leave the object in your resin until the mould is firm. This doesn’t take very long. Mine was set in just a couple of hours! Carefully peel the object out of the mould and the mould out of the container (so you can use it again!)

You might be wondering why I needed to make a silicone mould of a bracelet that I just made from a mould I already have…. right? Silicone moulds are ace for different materials and I needed something more flexible for a very special tutorial I’ll be able to share really soon with you! In the mean time I’ll probably be making moulds of everything I can think of, so expect to see more of this!

View original
Save
24 loves 1 save
Subscribe to Fall For DIY
Get updates delivered right to your inbox!

Will be used in accordance with our Terms of Service
More posts from Fall For DIY
Add a blog to Bloglovin’
Enter the full blog address (e.g. https://www.fashionsquad.com)
Contact support
We're working on your request. This will take just a minute...
Enter a valid email to continue