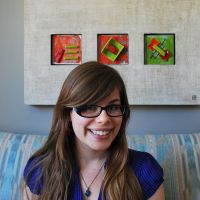 5 Reasons to Read: Island of Exiles by Erica Cameron

Island of Exiles by Erica Cameron (The Ryogan Chronicles #1)

My thanks to the publisher for providing me with a digital review copy. No compensation was provided for this review, and all opinions are my own.

In this diverse, gritty survival fantasy, a girl warrior turns against her island clan to find the brother they claim died, uncovering secrets.

Read More Perfect for fans of Graceling and Snow Like Ashes.

In Khya’s world, every breath is a battle.

On the isolated desert island of Shiara, dying young is inevitable. The clan comes before self, and protecting her home means Khya is a warrior above all else.

But when following the clan and obeying their leaders could cost her brother his life, Khya’s home becomes a deadly trap. The only person who can help is Tessen, her lifelong rival and the boy who challenges her at every turn. The council she hoped to join has betrayed her, and their secrets, hundreds of years deep, reach around a world she’s never seen.

To save her brother’s life and her island home, her only choice is to trust Tessen, turn against her clan, and go on the run—a betrayal and a death sentence. 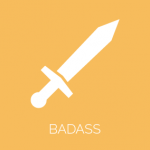 Have you been struggling to find an original, well written YA fantasy? Look no further! Here are 5 reasons to read ISLAND OF EXILES by Erica Cameron.

If you enjoy complex social, political, and cultural contexts in their fantasy novels, rejoice! ISLAND OF EXILES has it all. Khya’s clan lives on Shiara, a land of inhospitable desert that forces them within the walls of their city, where they wait out natural disasters like floods and lightning storms. Already highly ranked within an incredibly rigid hierarchical structure, Khya is determined to use her skills as a ward mage to rise even higher…and bring her younger brother Yorri along with her. The various classes of people – the laboring class, middling fighters, warriors, and political advisors to the clan’s leaders – were fascinating to read about, and add texture and depth to the world of Shiara.

When you’ve spent your entire life working towards one goal, you’re bound to have a bad case of tunnel vision. Khya’s stubbornness and single minded determination is by turns endearing and frustrating, and watching her realize that she has to let the people she loves make their own fate is really satisfying. It’s especially fun to watch her realize that she may have been wrong about Tessen, her former childhood friend and current rival…whose torch for Khya burns so bright it can be seen across the entire desert. The secondary characters are all fully realized and layered, and I can’t wait to see how their relationships with one another develop in the sequel.

When Khya learns that the ruling council has kept vital truths from their people, her fight to improve her brother’s station becomes one to save her entire clan. ISLAND OF EXILES delivers some truly jaw-dropping plot twists, and surprises come from both within the city’s walls and without. The increasing number of lightning storms plaguing the clan, the incursions by enemy clans, and even the very class structure of the clan itself are all part of a much larger plot. Khya, Tessen, Sani, and their friends race against the clock to put it all together, and their adventures kept me flipping pages well into the night.

Erica Cameron does an exceptional job of writing a diverse cast without feeling as though she’s aiming for some sort of diversity checklist. The entire cast of ISLAND OF EXILES is non-white, and queer people abound. A third gender (ebet/ey/eir) is accepted and celebrated, and there’s also great representation of asexuality. Khya’s society is quite sex positive even among teenagers – which isn’t a surprise given the average life expectancy of 30 years – and Khya herself has had relationships with men and women. It was really refreshing to see that sexuality and gender were total non-issues between Khya and her comrades, although there was definitely a lot of good-natured teasing about conquests!

Which brings me to my next point: adorable ships, adorable ships everywhere! ISLAND OF EXILES features a number of really sweet, well-written romances, not the least of which is the slow burn developing between Khya and Tessen. Two words: swoon worthy. I squealed aloud multiple times at the cuteness! Erica Cameron is so good at writing romances that she can even sell a ship where the characters involved only appear on page together twice. That’s skill!

So what are you waiting for? Order your copy or place a hold on Erica Cameron’s ISLAND OF EXILES, releasing Feb. 14th!

What’s the most original YA fantasy you’ve read recently? Do you plan to read ISLAND OF EXILES? Let me know in the comments!

View original
This post is tagged in:
Save
Subscribe to Fine Print
Get updates delivered right to your inbox!

Will be used in accordance with our Terms of Service
More posts from Fine Print
Add a blog to Bloglovin’
Enter the full blog address (e.g. https://www.fashionsquad.com)
Contact support
We're working on your request. This will take just a minute...
Enter a valid email to continue