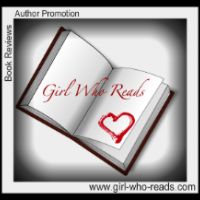 Tea by the Sea by Donna Hemans ~ a Review

"Perhaps it was also a woman's lot in life - get up and carry on, no matter what. Plum had suffered, was still suffering, Yet, her mother's only focus was that Plum make something of herself, be someone who mattered." (loc 431) Amazon affiliate links are used on this site. A free book was provided for an honest review.

June 2020; Red Hen Press; 978-1597098458
ebook, print (256 pages); women's ficton
Imagine waking up in the hospital the day after giving birth and asking to see your child only to find out that the baby is gone - she has been taken from the hospital by her father with no indication of where he was taking her or why he was taking her from her mother. Imagine searching 17 years for your baby and following every lead while you try to maintain your own life without losing your mind. And then, by accident, he is found - how will she make him pay for what he's done to her life?
Tea by the Seas is Plum's story. Her parents in New York City sent her to an aunt in Jamaica to finish her school so that she would stay out of trouble. This move caused her to feel more abandoned by her parents than she did while living in their house where no one really paid attention to her. She becomes friends with her chemistry teacher, and then more than friends as she feels that being loved and accepted by him will remove her feelings of abandonment. She wakes up the day after their baby is born to find that he has taken the baby and disappeared from her life. Once again she's been left behind and she struggles with that feeling as she begins her search for her baby. For the next 17 years, she searches for her baby even as she marries and has twin daughters, she still wonders if she will ever see her oldest daughter again. Accidently she sees a newspaper article about a priest in NYC and knows immediately it is the father of her baby. Will she finally be able to find the daughter that she has searched for?
Tea by the Sea is beautifully written - both the characters and the scenery in Jamaica were beautifully described. I felt that pain that Plum was feeing at the loss of her daughter and the reason behind her continued search. I also understood but didn't approve of the reasons that the baby was taken away by her father and the guilt that he felt as he wondered if he had done the right thing.
This is a novel of love and loss, a novel about trying to do the right thing and then questioning yourself for what you did. It was beautiful written and a story that I won't soon forget.
Buy Tea by the Sea at Amazon

What Plum thought in that moment was not how Lenworth and Pauline would deal with the child’s outburst—dismissal from the table? A stern talking-to?—but how Lenworth had wiped away her life. She was no more than the scribbles on a chalkboard, removed with a single downward swipe leaving only tiny particles swirling in the air, landing indiscriminately on everything within reach. Had he looked at her that night in the hospital—still fatigued from labor, drowsy from medication—and seen a dying woman or a woman struggling to live? And she had struggled. And she had lived, pushed and pulled and willed herself to climb from the weakness pulling her under, struggled until she regained the normal rhythm of breathing, and came out on top. She had lived to hold the baby she wanted to call Marissa, had lived to look up at him and smile, triumphant.
Her smile hadn’t mattered.
He declared her dead and walked away with her child.

Susan Roberts lives in North Carolina when she isn't traveling. She and her husband enjoy traveling, gardening and spending time with their family and friends. She reads almost anything (and the piles of books in her house prove that) but her favorite genres are Southern fiction, women's fiction, and thrillers. Susan is a top 1% Goodreads Reviewer. You can connect with Susan on Facebook, Goodreads, or Twitter.

View original
This post is tagged in:
Save
Subscribe to Girl Who Reads
Get updates delivered right to your inbox!

Will be used in accordance with our Terms of Service
More posts from Girl Who Reads
Add a blog to Bloglovin’
Enter the full blog address (e.g. https://www.fashionsquad.com)
Contact support
We're working on your request. This will take just a minute...
Enter a valid email to continue