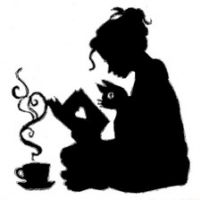 Girl with her Head in a Book

Austen in August Review: Among The Janeites, Deborah Yaffe

Despite being a Jane Austen fan since I was ten and first picked up Pride and Prejudice, I have always hesitated to call myself a ‘Janeite’. It tends to feel weird to me to refer to an author by their first name, plus within my peer group I was very much the oddity in being a fan so never really felt part of the tribe. Still, there really is something quite special about Jane Austen – a kind of universality in her appeal. Whether you come for the books, the bonnets, the films or just Colin Firth in a wet shirt, Janeites walk amongst us everywhere. As Yaffe points out in her book, more so than any other author of classic literature, Jane Austen sits at a crossroads between academic study and popular culture, meaning that her ‘fandom’ is incredibly diverse. In Among The Janeites, Yaffe tracks her way through the world of American Austen fans, visiting pilgrimage sites in the United Kingdom and meeting the people who have made being a fan their life’s work. 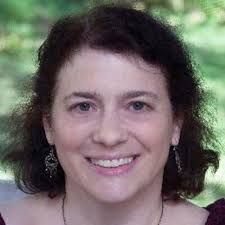 I worried for the first part of the novel that as a British person, much of what Yaffe described would appear unfamiliar. Living in Oxford, I see tour groups all the time and whether they be Chinese, German, Italian or American, they still take photographs of telephone boxes and stop in the middle of the pavement for no apparent reason while I am in a hurry. Much of Yaffe’s book relates to the activities of the Jane Austen Society of North America, who take Austen fandom to a greater and higher level than anything I have ever seen over here, and I speak as someone who enjoys playing Marrying Mr Darcy. I quickly realised though that despite this, I could still feel kinship for my fellow-fans – as Yaffe goes traipsing round Chawton with her tour group and one of them expresses disappointment that the path is not muddier, several people chorus ‘Six inches deep in mud!’ There is a delight to being around people who do not need to be told who Martha Lloyd was or that Jane’s favourite niece was Fanny Knight.

Yaffe begins by explaining how she herself became a fan, but also contrasting her experience to the age of the internet. Like Yaffe, I too read Austen at break-time with most of my classmates thinking I was an incurable nerd. They were right but the fact no longer troubles me. But in the pre-internet world, I had no way of knowing that I was not the only one. These days, Austen fans can meet in the world of Facebook groups, online forums and the host of Austen-themed websites which exist across the web – fandom really can go global. Indeed, in the book’s third section, Yaffe tracks how Jane Austen fans seemed to swarm the internet from its very earliest days. Talking to these internet pioneers, her fellow travelers in the tour group, college professors, fan fiction writers, therapists, keyboard warriors and so many more, the striking thing is how everyone seems to read Austen differently and each one of the people Yaffe meets is utterly convinced that they alone are right.

The heart of the book is undoubtedly Yaffe herself – no matter who she meets, they always seem able to open up to her and her description of their particular brand of fandom is always utterly without judgment. Some of the book’s format reminded me of Jon Ronson’s quests for understanding, particularly The Psychopath Test, but while there is always a hint of the eye-roll with Ronson, that never happens here. Whether Yaffe is talking to the Texas ex-teacher who writes Austen-inspired erotica or former-lawyer-turned-Austen-truther Arnie Perlstein, she appears to never bat an eyelid. Yet there is something so peculiar about how one writer can inspire one woman for her moral rectitude, another for the smouldering sexual tensions that lurk beneath the surface, tell Arnie that there is a secret code in all the books that only he can see, that some will see a happy ending in Austen’s work while others see the opposite.

I was interested too though when Yaffe spoke with people who seemed to see reflections of their own life in Austen. One woman who had a mother with a borderline personality disorder watched Becoming Jane and concluded that Austen’s mother too had the same condition and that Austen had dealt with the trauma of this through her own writing, with many of her own characters also displaying this behaviour. A speech therapist read the books and diagnosed around twenty of the characters with autism. I can be utterly convinced of what it is that I see when I read Austen’s books, but am I as deceived as anyone else?

There are times when Yaffe expresses frustration with the mass fandom – she’s right, it is always crowded in the cottage in Chawton although if she thinks that’s bad, I would advise her to steer well clear of the Brontë Parsonage. When you want to feel a connection, it can be annoying to have dozens of other tourists waving selfie sticks trying to do the same thing. Then there is the often shameless commercialisation, even if it is completely understandable. If you’re already trying to run a business selling authentic Regency teas, why wouldn’t you theme it around Jane Austen and have a special tea brand per character? Financially speaking, it makes a lot more sense. Still, it is funny how people can tie their business model to the Austen brand without ever having read any of the books.

Nevertheless, despite all of that and despite the impassioned feelings of almost everyone who Yaffe meets, this was a very warm and upbeat exploration of all the many, many different ways in which people have expressed their love for all things Austen. From the woman who found the strength to leave an abusive marriage through Jane Austen fan fiction to those finding the tools for healing within the text via bibliotherapy – the common theme is overwhelmingly positive. Perhaps Austen is a mirror and we make up our own version but yet as Among The Janeites draws to a close at the JASNA conference, everyone come back together and some of them even agree to dance.

View original
This post is tagged in:
Save
Subscribe to Girl with her Head in a Book
Get updates delivered right to your inbox!

Will be used in accordance with our Terms of Service
Forgot Password?
Subscribe to Girl with her Head in a Book
Get updates delivered right to your inbox!

Will be used in accordance with our Terms of Service
More posts from Girl with her Head in a Book
Add a blog to Bloglovin’
Enter the full blog address (e.g. https://www.fashionsquad.com)
Contact support
We're working on your request. This will take just a minute...
Enter a valid email to continue