Before & After: Making an Inherited House Feel Like Home

Lynn’s house has been in her family for five generations in Little Rock. It was built in the 1930s and hadn’t been updated much since the 1990s, so she hired designer Kathryn LeMaster to give it a makeover that would respect its history while making it work for her now. 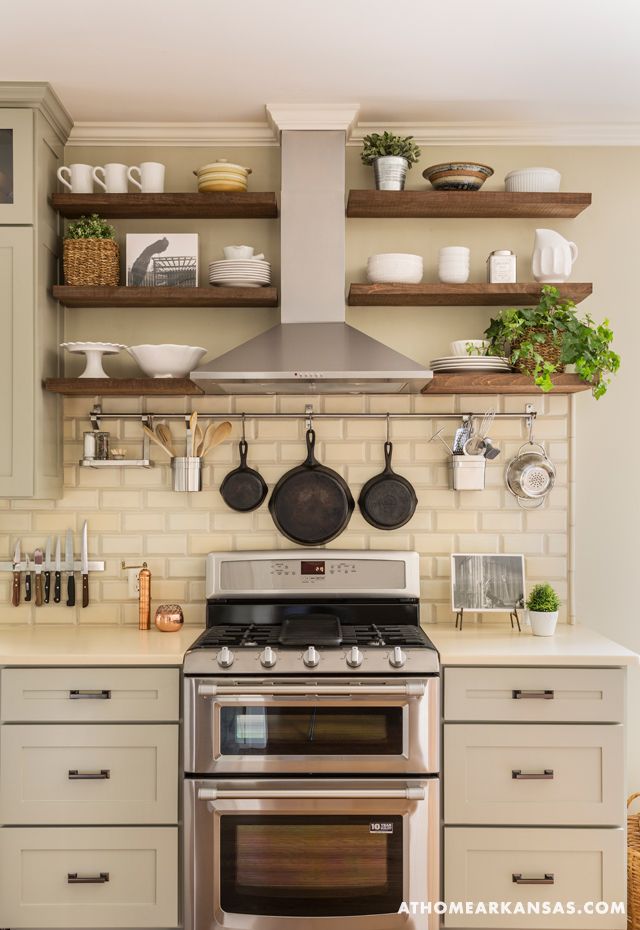 The kitchen isn’t huge, but it’s got style and organization with the new cabinets and shelves. 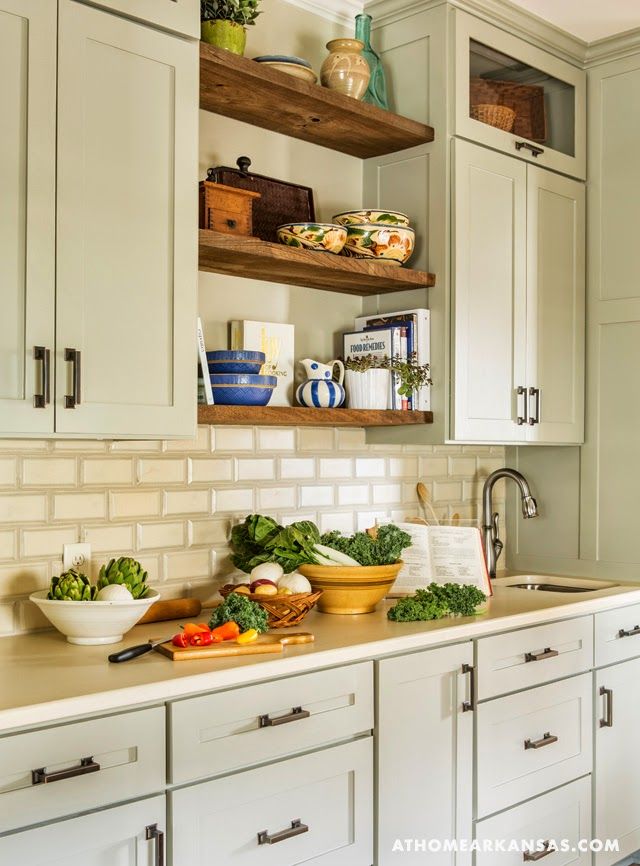 “We tried to do a mix of old and new,” LeMaster told At Home in Arkansas magazine of the approach she took to the design.

The den was a 1990s addition, and they decided to keep the original paneling intact. They brightened up the room by removing the dark shutters and bringing in new furniture, window treatments, and artwork:

Lynn inherited the house and furnishings from her parents. She hopes to live here for another 20 years, so it was important to make it her own.

They turned the laundry room into a small, well-organized workspace by repurposing the old cabinets removed from the kitchen during its remodel. This is the photo that got my attention when I saw it on Pinterest and led me to track down the rest of the house:

This enclosed porch was being used as a storage space before, but what Lynn really wanted was a potting room:

Now she has one! How pretty is this? 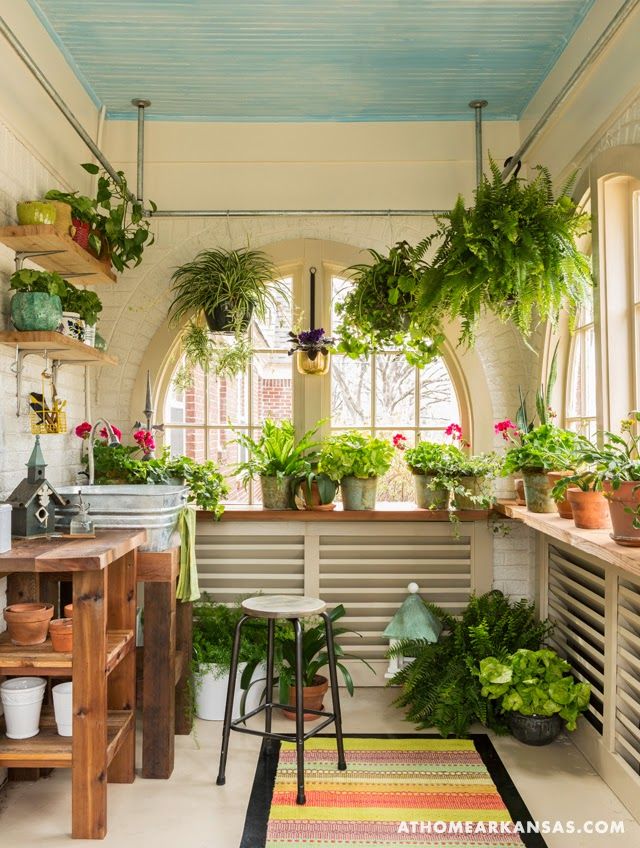 I just love the rounded windows and doors it has.

Check out the article in At Home in Arkansas for all the before and after photos of Lynn’s house, as well as a floorplan (story by Tiffany Adams; photography by Rett Peek; styling by Chip Jones), and visit Kathryn LeMaster’s website to see more of her work.

P.S. Visit my Before & Afters page to see more makeovers, including… 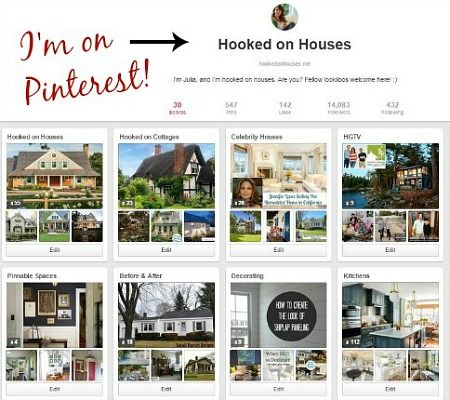 View original
Save
4 loves 6 saves
Subscribe to Hooked on Houses
Get updates delivered right to your inbox!

Will be used in accordance with our Terms of Service
More posts from Hooked on Houses
Add a blog to Bloglovin’
Enter the full blog address (e.g. https://www.fashionsquad.com)
Contact support
We're working on your request. This will take just a minute...
Enter a valid email to continue