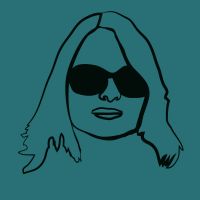 We’re delighted to be sharing Laura’s thoughts about Rachel to the Rescue by Elinor Lipman. Rachel to the Rescue is a comedy about a young White House aide who is run over by President Trump’s secret lover. Even though US editors loved it – ‘I laughed a million times,’ said one, while another called it ‘another lovely gem in the great Lipman tradition’ – they are jumpy about the timing. So Lighning Books stepped in, leading the Pulitzer Prize-winning author Stacy Schiff to dub the novel ‘the Trump book that could only be published abroad’. Rachel Klein is sacked from her job at the White House after she sends an email criticising Donald Trump. As she is escorted off the premises she is hit by a speeding car, driven by what the press will discreetly call ‘a personal friend of the President’. Does that explain the flowers, the get-well wishes at a press briefing, the hush money offered by a lawyer at her hospital bedside? Rachel’s recovery is soothed by comically doting parents, matchmaking room-mates, a new job as aide to a journalist whose books aim to defame the President, and unexpected love at the local wine store. But secrets leak, and Rachel’s new-found happiness has to make room for more than a little chaos. Will she bring down the President? Or will he manage to do that all by himself? Rachel to the Rescue is a mischievous political satire, with a delightful cast of characters, from one of America’s funniest novelists. Great to be writing this review on the day of the result! Rachel to the Rescue is an anti-Trump satire with the inclusion of our current pandemic and months before the election. Rachel was working at the Trump White House until she tweeted an anti-message including how she spent her time taping important presidential papers back together as Trump ripped them. On leaving the office she was knocked over by a woman on the way to the White House. After a few injuries and time spent in hospital, Rachel returns to her parents house in Manhattan. Her job termination led to a more exciting job role, where she discovered the truth behind her accident. A funny book with well-developed characters, I found them enjoyable. A great read for the hard time we are living through presently. Elinor Lipman was born in Massachusetts and is the author of more than a dozen novels. Her first one, Then She Found Me, was published in 1990 and was adapted into a film starring Helen Hunt, Bette Midler and Colin Firth. She won the New England Book Award in 2001, and her novel My Latest Grievance won the Paterson Fiction Prize. She lives in Manhattan, as well as in upstate New York. Twitter @elinorlipman

View original
This post is tagged in:
Save
Subscribe to Jera's Jamboree
Get updates delivered right to your inbox!

Will be used in accordance with our Terms of Service
More posts from Jera's Jamboree
Add a blog to Bloglovin’
Enter the full blog address (e.g. https://www.fashionsquad.com)
Contact support
We're working on your request. This will take just a minute...
Enter a valid email to continue