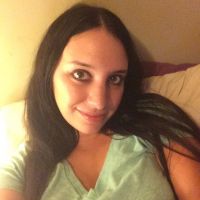 Welcome to my stop on The Last Changeling blog tour. Find out "10 Random Things" about Chelsea and enter the tour-wide giveaway!!

Synopsis: A Kingdom at War . . .
Elora, the young princess of the Dark Faeries, plans to overthrow her tyrannical mother, the Dark Queen, and bring equality to faeriekind. All she has to do is convince her mother’s loathed enemy, the Bright Queen, to join her cause. But the Bright Queen demands an offering first: a human boy who is a “young leader of men.”
A Dark Princess In Disguise . . .
To steal a mortal, Elora must become a mortal—at least, by all appearances. And infiltrating a high school is surprisingly easy. When Elora meets Taylor, the seventeen-year-old who’s plotting to overthrow a ruthless bully, she thinks she’s found her offering . . . until she starts to fall in love.
10 Random Things about Chelsea Pitcher
10 Random Facts About Me (and my book!) 1. Once, while in Mexico, I swam so far out into the ocean that it scared the locals.
2. The first draft of THE LAST CHANGELING was four hundred and thirty-seven pages.
3. I love vintage-inspired clothing, but can rarely wear actual vintage because I’m 5’11.
4. When I first wrote THE LAST CHANGELING, Elora’s POV was in 1st person and Taylor’s was in 3rd.
5. I’m still wary of Angelica Houston after seeing her in the movie “The Witches” as a child.
6. It took me seven years to write THE LAST CHANGELING.
7. My first crush was on Macaulay Culkin.
8. My favorite food is Thai yellow curry with tofu.
9. THE LAST CHANGELING had over twenty beta readers.
10. My family has a running joke that I was raised by wolves.
Thanks so much for having me today!
About the Author: 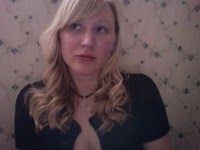 Chelsea Pitcher is a native of Portland, OR where she received her BA in English Literature. Fascinated by all things literary, she began gobbling up stories as soon as she could read, and especially enjoys delving into the darker places to see if she can draw out some light. WEBSITE | TWITTER | FACEBOOK

View original
Save
2 loves
Subscribe to Jessabella Reads
Get updates delivered right to your inbox!

Will be used in accordance with our Terms of Service
More posts from Jessabella Reads
Add a blog to Bloglovin’
Enter the full blog address (e.g. https://www.fashionsquad.com)
Contact support
We're working on your request. This will take just a minute...
Enter a valid email to continue