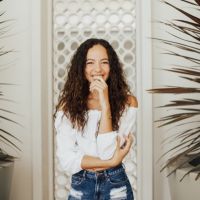 
Hello loves & happy Wednesday! For those of you that follow me on Instagram or Snapchat, you have seen that I have been in and out of the emergency room the past couple weeks. I just wanted to have the opportunity to explain what is going on. I have a disease called Endometriosis. I want to explain what Endometriosis is and how it affects women. Endometriosis is when endometrial tissue grows outside of the uterus. The endometrial tissue attaches to organs and creates a blister type of effect. This causes an immense amount of pain that has landed me and many other women in emergency rooms around the world. Imagine having hundreds of blisters on your organs and there is nothing you can do to get rid of them or ease the pain. Bottom line is it sucks....a lot. For women reading this, the pain is relatable to having period cramps....but multiply that by 100. For men I'm assuming the pain is relatable to being kicked where it hurts...but multiply that by 100. To give you an idea of how much pain I was in this past week; I took 5 MG of Oxycodone and I was still screaming in pain. The doctors proceeded to give me morphine through an IV. I was still in pain after that so they gave me more. The pain finally subsided by 12 AM (I had been there since 3). Wanna know whats even crazier? This is not my first time nor will it be my last. I was in and out of the hospital for 4-5 years before I was diagnosed with Endometriosis. 70% of women aren't diagnosed for 6 years after they start experiencing this pain. Heres my story in short: I was in excruciating pain for four years before I was diagnosed. The number of times I would have an "attack" in a month kept increasing with each year. Every time I went to the ER they told me it was stress and one time they even asked my parents if I was getting enough attention at home. About a year and a half ago I was with my boyfriend and all of a sudden I was on the floor in unbelievable pain. I was rushed to the emergency room where I had an internal ultra sound. They found that 2 ovarian cysts had ruptured and also found a growth on one of my ovaries. They wanted to make sure the growth wasn't/didn't become cancerous so they told me I should see a specialist. When I went to the specialist in Boston Mass. he recommended surgery to have the growth removed. During the surgery my doctor found more than just the growth. He found a golf ball size of intestine that had been pinched off by endometrial tissue. He said it looked like it had been there for about 3 years. He also said I should have been in pain 24/7 because had my body not healed itself I would have likely died. This was scary to hear but I was also pretty proud of myself and my body. I am grateful for my doctor and continue to see him to this day as the same thing could happen again. I have also been referred to a new specialist in Los Angeles so I'll keep you all updated on that. I have also found that cutting gluten out of my diet has helped immensely as far as making the pain easier to handle. Thats as far as my story goes for now. Thanks for reading and please know that Endometriosis Awareness month is in March and women will be marching for awareness March 24th. Xx Lex

View original
Save
Subscribe to lexiestevenson
Get updates delivered right to your inbox!

Will be used in accordance with our Terms of Service
More posts from lexiestevenson
Add a blog to Bloglovin’
Enter the full blog address (e.g. https://www.fashionsquad.com)
Contact support
We're working on your request. This will take just a minute...
Enter a valid email to continue