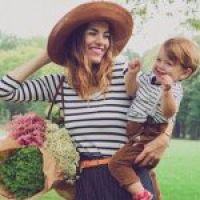 sunday in the city.

whenever we travel, it always feels so so good to get back to new york. we love our adventures on the road when we get the chance, but we have thoroughly enjoyed this weekend together back in the city. we went to a little street fair on saturday morning, took the older two kids to see fantasia live at lincoln center in the afternoon where the new york philarmonic orchestra accompanied onstage (unreal. so good. more on that later.) after church on sunday, we took a long walk around the upper west side on our way home (since conrad had just fallen asleep in the stroller during the last bit of church and the weather was screaming “IT DOESN’T GET BETTER THAN THIS!”). we also made a big salmon dinner with so much kale and rice on sunday night which was delicious, and somehow the kids are still on utah time so everyone was up past 8pm, which feels late but also just right when it’s summer and the sun doesn’t go to bed until later anyway.

josh and i don’t take for granted the chance to live in this beautiful city. but we also are incredibly in tune to gauging what is best for our family and especially what is best for our children. choosing where to raise our little ones is not something we take lightly. while sometimes i dream of living in new york forever, i know that could change with time depending on how our kids are doing here. i think as long as they are thriving here, we’ll try to stay. it’s so funny sometimes when we are away from the city, the kids often bring up how they are missing new york. i’ll ask them what they miss about it and am always so pleasantly surprised by their thoughtful and detailed answers about what they see and love about this city. we sure are lucky to have so many playgrounds and parks and museums at our doorstep. the culture and caliber of people never cease to impress me. we’re really happy here for the time being and i’m so thankful it still feels right and good and my little family is doing well here.

we took the long route home from church since conrad was napping and no way were we going inside just yet. so many people were out and about (one of the things i love most about the good weather, you see people hanging out outdoors again! not rushing by in puffy jackets with their heads down!). when we were running out the door (late! ugh! one of those sunday’s) for church, i told josh to grab the camera and i am so glad we brought it with us! we paused and snapped photos for just about a block or two and this batch of photos might be my favorite right now!

she wanted to jump big all the way down the block, from each pavement crack to the next one! we were laughing so hard at her skirt parachuting out like that as she landed each time! i love witnessing this daddy-daughter relationship that is just so solid and sweet. they are the cutest together.

fact: i am totally wearing one of my old dance leotards right here. makes for major wedgies which is not very much fun, but sometimes the idea of not having to keep tucking your shirt into your skirt/pants/whatever outweighs the discomfort of the occasional wedgie. ;)

they could have done this a million times. i could only do it twice and my flat feet were done!

so samson asked papa to throw him in the air and then he asked to see the picture and as i showed him he said excitedly, “oh man! i look just like super man!” papa overheard and was all, “wait. you wanna do it like superman?! come back over here! we need to throw you like this!…” (see the following images below!) haha!

he couldn’t contain his excitement and it makes me so so happy!!!

first attempt! it was so sweet because josh and samson ran over to see the picture on the camera of him flying like superman! they decided to try again so samson could look straight ahead where he was flying instead of down. he kept saying while giggling, “i’ll be brave! i can do it!” haha!

mission accomplished!!!! this whole experience is something that makes me so happy. playing with our kids, helping them realize what they imagine in their heads, hearing them giggle, seeing them smile. love this family of mine.

crown braids on my little lady is my fave.

when my family humored me for a minute and allowed me to snap a photo of all our feet and shoes, minus conrad who was still sleeping in the stroller. (my little mouse flats are from HERE.)

i love the red in his beard. and the little patches of grey. we’ve come a long way, my love.

how fitting that i’m making some awkward attempt at first position with my feet considering i am wearing a leotard! :)

despite working out a lot, can only carry two of them at the same time for half a block. the stroller has it hard.

and then conrad finally woke closer to home! i had already put the camera away at this point but i had to pull it back out and take just a few pictures of my little conrad with us because he was there, too! and you all know how much joy i get out of making sure it’s all documented!

awake, but not sure he really wants to be awake just yet while samson gives him a kiss. sometimes we are a lot to handle, especially when you’re waking up!

have a wonderful week, friends!

Will be used in accordance with our Terms of Service
More posts from Love Taza | Rockstar Diaries
Add a blog to Bloglovin’
Enter the full blog address (e.g. https://www.fashionsquad.com)
Contact support
We're working on your request. This will take just a minute...
Enter a valid email to continue