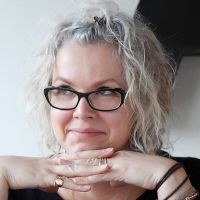 Mad About The House

It’s all very well having the right furniture but, as they say, the devil is in the detail. No, I’ve no idea what it means either, but the point is it’s the accessories and injections of personality that make a room. I’ve been into plenty of places where there is lots of expensive furniture and lighting but the space still feels like a (luxurious) hotel.

Now, I know it’s been fashionable for some time to create a hotel bathroom, but that’s basically another way of saying luxury. And, while we’re on the subject, even if your bathroom needs a refurb, you can go a long way to improving the experience by adding fluffy towels, nice soap (potentially even decanted into pretty bottles) and having a dimmer switch fitted. Don’t forget; the lower the light the less you see the horrors.

But, back to the rest of the house. Expensive furniture with no personal touches just looks like you’ve spent a lot of money. You need to layer up accessories to really build a space. Which sounds a bit poncey. Probably. But it’s true. And it’s not that difficult. Start with a rug. Add some cushions – don’t just have the three matching ones that came free with the sofa, buy some new covers. And when you can get them for around a fiver from the high street, it’s not hard to do that.

Next, sort out the mantelpiece. Or, in hideous modern parlance: style your shelfie. Books, photographs, postcards. Anything that allows the room to show who lives there and to tell their story.

And so we come to these vases. They’re fair trade. Handmade in India. Solid brass. They make a statement about who you are and how you live. Or they just look great with a bunch of cow parsley from the hedge. No statement, just a cool thing. They’re not in stock yet but I’m giving you a heads up. Get on the waiting list. It’s terribly glamorous. We can pretend it’s a Prada list.

They’re from Decorators Notebook and the tall one is 37cm high and the smaller one is 25cm high. They’re big enough to go on the floor if you buy two. And then, because good things come in threes, add something else and you have created something lovely and, ahem, curated, that shows you have thought about your house and not just spent money. See what I mean?

The post Brass Vase Fair Trade appeared first on Mad About The House.

View original
Save
Subscribe to Mad About The House
Get updates delivered right to your inbox!

Will be used in accordance with our Terms of Service
More posts from Mad About The House
Add a blog to Bloglovin’
Enter the full blog address (e.g. https://www.fashionsquad.com)
Contact support
We're working on your request. This will take just a minute...
Enter a valid email to continue