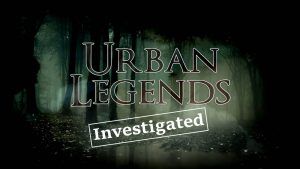 Believing in the supernatural is often harmless. If you believe in ghosts, witches, or even faeries, there’s nothing wrong with that. Unless that belief causes you to do the unthinkable. Fear of the unknown, belief in things we do not understand, it can cause people to do horrific things.

Think about the widespread belief in witchcraft that caused Europe to burn innocent people at the stakes en-masse in the sixteen-hundreds.

It is the same fear that caused Bridget Cleary to be burned to death by the very people she loved and trusted.

Who was Bridget Cleary? 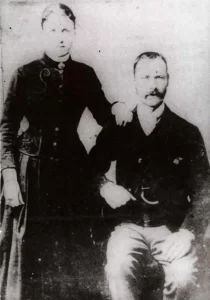 Bridget was born as Bridget Boland around 1869 in Ballyvadlea, County Tipperary, Ireland. She married Michael Cleary in August 1887, and she took his last name.

After the marriage, Bridget went back home to Ballyvadlea and lived with her parents for some time, while Michael worked as a copper in Clonmel. Living apart caused Bridget’s independence to grow: she was a professional woman, a dressmaker, and she also sold the eggs from her flock of chickens to neighbours. This was somewhat unusual at the time.

When the couple moved in together, Bridget’s elderly father, Patrick Boland, also started living with them.

In March 1895, Bridget grew ill. More than a week into her illness, on 13 March 1895, a physician visited her home, but considered her condition bad enough that a priest was summoned to administer last rites.

Several friends and family members attended to Bridget over the next two days, and her family also used some home remedies. Her husband, Michael Cleary, accuessed her of being a fairy, a changeling, sent to take the place of the real Bridget.

On 15 March 1895, the priest – Father Ryan – was summoned back to the Cleary household. He found Bridget alive but agitated. Michael Cleary told Father Ryan that he had not been giving his wife the medicine prescribed by the doctor, because he had no faith in it.

That evening, neighbours and relatives returned to the Cleary house. An argument ensued. Michael tried to force-feed Bridget, throwing her on the ground before the kitchen fireplace and menacing her with a burning piece of wood.

Bridget’s dress caught fire, and Michael threw lamp oil on Bridget. He kept the others back as Bridget’s body burned, insisting she was a changeling and not the real Bridget Cleary.

By 16 March 1895, rumours were circulating in the small town of Ballyvadlea that Bridget was missing. Local authorities began to search for her.

Michael Cleary maintained that his wife had been taken by fairies.

The truth was much darker. Bridget Cleary was not celebrating in the land of the fey; in fact, her burnt corpse was found in a shallow grave just a week later, on 22 March 1895.

Nine defendants stood trial over Bridget Cleary’s death. The court session began on 3 July 1895. Based on the court hearings, a timeline was established of the last few days of Bridget’s life.

Of the nine defendants, several were convicted of “wounding” and sent to several years of penal servitude or hard labour. Bridget’s own father, Patrick Boland, who had failed to help his daughter when she needed him the most, was sentenced to 6 months of hard labour.

Michael Cleary was found guilty of manslaughter, and he was sentenced to 20 years of penal servitude. He eventuallly spent 15 years in prison.

He was released from Maryborough prison on 28 April 1910 and moved to Liverpool. From there, he emigrated to Canada in the same year.

Bridget Cleary’s death has been popularly described as “the last witch burned in Ireland“, although she was never really considered a witch, not even by her husband who eventually killed her. He thought she was a changeling from the fairy realm.

Psychiatrists (H. O’Connell and P.G. Doyle (2006) speculate that the murder may have been the result of Michael Cleary developing a brief psychotic disorder, which manifested as Capgras delusion: a delusion that a friend, spouse, parent or other close family member has been replaced by an identical imposter. This then developed into a case of folie à plusieurs after he persuaded others that his wife had actually been replaced by a fairy.

Bridget was buried next to her mother, but her story forever lives on in the cautionary children’s nursery rhyme: “Are you a witch or are you a fairy? Or are you the wife of Michael Cleary?”

Historian Angela Bourke wrote an intriguing book about this case, called The Burning of Bridget Cleary: A True Story.

Bridget Cleary was a real woman who suffered a terrible fate at the hands of her own husband. Whether Michael Cleary killed his wife because he thought she was really exchanged for a fairy – be it due to deep-rooted folklore or a Capgras delusion – or if it was a deliberate ploy he used to get rid of her, we will probably never know. 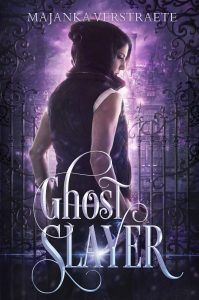