Descend into a Tomb of Imprisoned Vehicles Frozen in Time 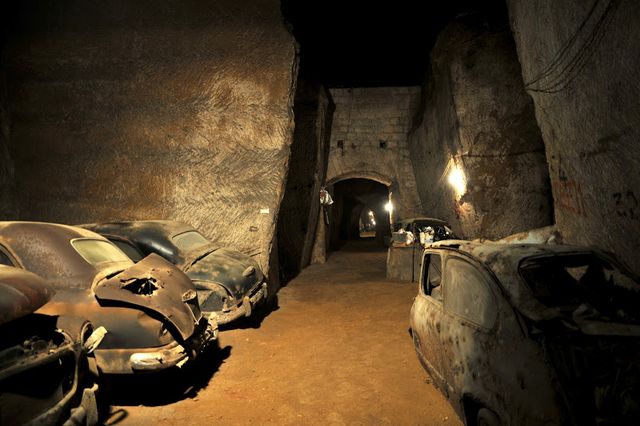 Nobody likes a visit to the car pound. It probably as one of my least favourite places to be on earth, but you wouldn’t have a hard time convincing me to pay a visit to this particular car pound, hidden 150ft below a piazza in the city of Naples, sealed off after WWII and forgotten about for more than 60 years… 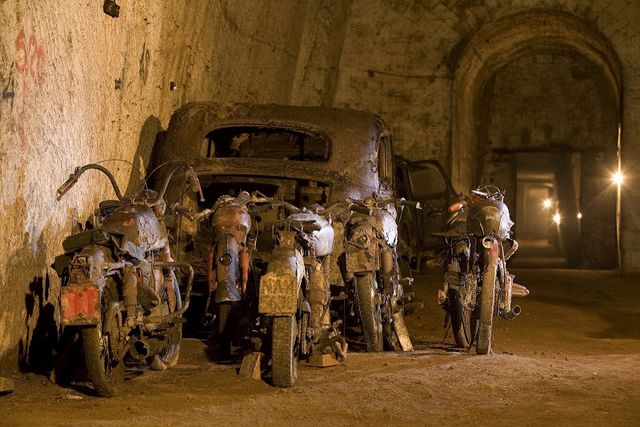 The place is filled with vintage cars, motorcycles and scooters dating back to the 40s and 50s, but the walls and tunnels they’re entombed in look ancient. And they almost are. Built in 1853 by Ferdinand II of Bourbon, the multilevel subterranean network was conceived as a sort of emergency escape route for the unpopular monarch who feared revolution. The vast underground tunnels would serve as a passageway large enough for his troops and horses to escape the palace and make it to the military barracks. The revolution never came, at least not before Ferdinand’s death in 1859, and the network was never completed. 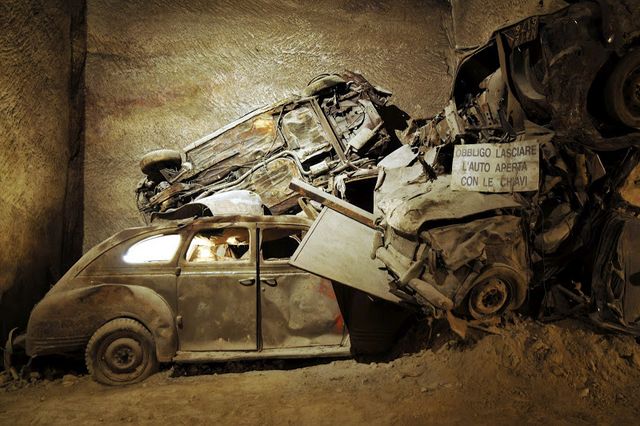 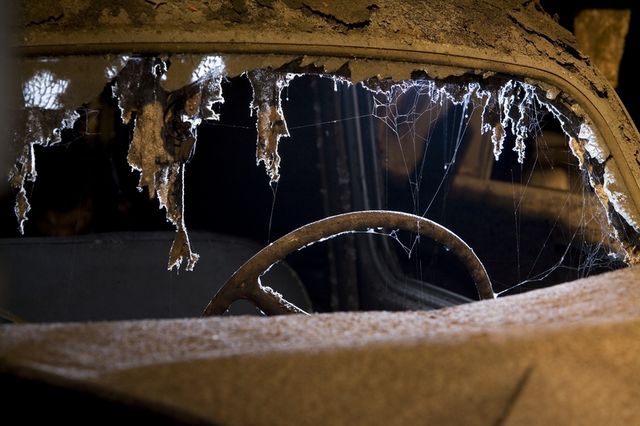 In the 1930s, the overcrowded city decided to make use of the space again, this time as a vehicle impound lot for confiscated and even contraband vehicles– this is Naples after all, a city notoriously ruled by the maffia and capital of contraband.

They were sealed off sometime in the early 1950s, with a full parking lot of vehicles still inside.

It wasn’t until the new millenium that this underground world would be accidentally re-discovered on a routine geologist excursion in 2005, checking the conditions and safety levels of the quarries that lie beneath a bustling neighbourhood in the heart of the city. 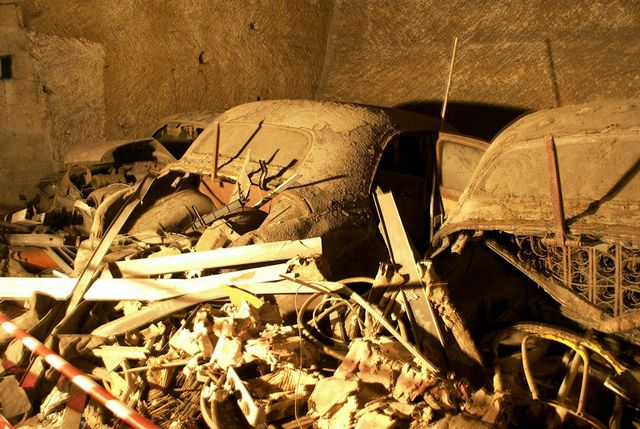 Along with the cars, trash heaps and strange creatures of the underworld, they also found WWII relics and a discarded fascist monument that had been made for Aurelio Padovani, an early leader of the movement.

A team of Neapolitan geologists began a monumental excavation project in the Bourbon Gallery, but it would take them another seven years and an unlikely tip from a 90 year-old WWII survivor to discover that the network was also the location of significant bomb shelter.

The excavations found remains of an infirmary, showers, mattresses, stoves and all manner of objects needed to survive down there as the city above was being destroyed by war. Naples was the most bombed Italian city during World War two, with an estimated 380 air strikes that killed almost 25,000 civilians. 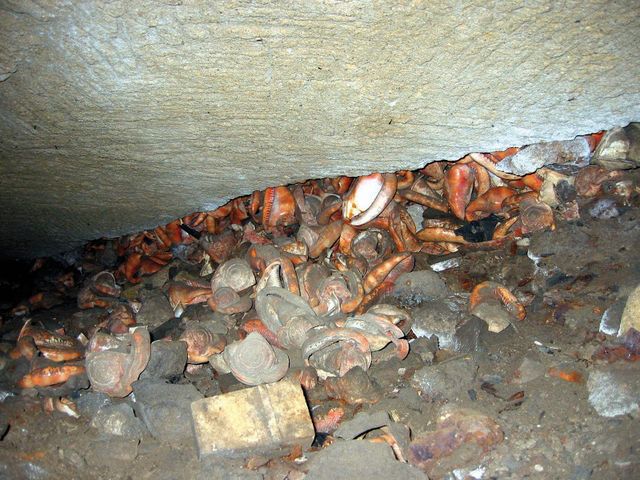 After the tunnels were cleared of trash and rubble, the Galleria Borbonica opened as an underground museum offering unique tours of the tunnels. The tours range in difficulty, from a standard visit to something more adventurous… 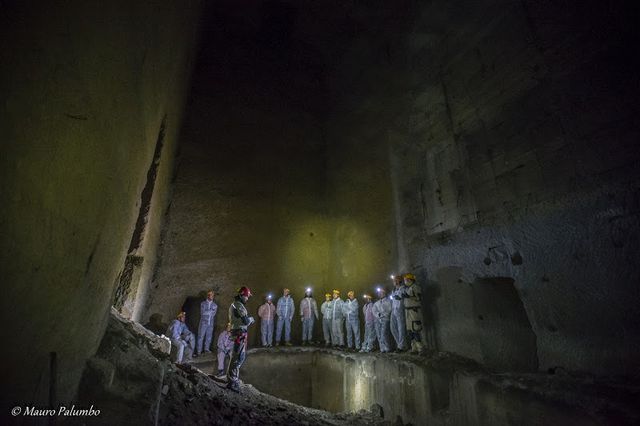 A standard tour will take you down into old cisterns of the Bolla and Carmignano aqueducts, which were also used as air raid shelters during the Second War World. The adventurous tour goes down into another cistern still full of water and through an old metro gallery where you’ll embark on a raft and sail under the city.

The “cavers” tour involves crawling along the ground through the aqueduct tunnels to reach the most beautiful cisterns full of water. As a bonus, you’ll also get to see the private bomb shelter of the ex Neapolitan President during the war and finish the tour by flying over a cistern harnessed to a zip-line.

If you’re planning a trip to Naples, add the Galleria Borbonica to your bucket list.

All images via their website/ via BBC/ thanks for the tip David!

This article Descend into a Tomb of Imprisoned Vehicles Frozen in Time was published by Messy Nessy Chic.

View original
This post is tagged in:
Save
1 love 1 save
Subscribe to Messy Nessy Chic
Get updates delivered right to your inbox!

Will be used in accordance with our Terms of Service
More posts from Messy Nessy Chic
Add a blog to Bloglovin’
Enter the full blog address (e.g. https://www.fashionsquad.com)
Contact support
We're working on your request. This will take just a minute...
Enter a valid email to continue