It's time for another Paint Colour Case Study. Inspired by Kate Macey's gorgeous living room, let's take a look at Farrow and Ball Cornforth White. Could it be the perfect grey paint?!

Farrow and Ball Cornforth White on Kate Macey's Living Room Walls
Farrow and Ball describe Cornforth White as... 'the mid tone in the group of Easy Neutrals which are totally understated and extremely versatile. Less grey and gritty than Pavilion Gray and without the perceived warmth of Elephant's Breath, it sits perfectly between Ammonite and Purbeck Stone with which it can be used in any combination.'

Hmmm...Farrow and Ball are certainly better at descriptions than they used to be but still, if you haven't got experience of those other paint colours then you may be left rather at sea.

Well, that's where I can help.. Let me use my experience with a vast range of paint colours and finishes, both personally and professionally, to avoid that conundrum of having bought so many paint colour sample pots that you could actually use them decorate a whole room three times over!

The images I've pulled together will show Farrow and Ball Cornforth White as it actually looks so that when you get your tin home, and flip off the lid with that very pleasing ker-lunk, you'll know exactly what to expect.

And, truth be told, Cornforth White is one of the easier Farrow and Ball paint colours to pin down. This is the colour I recommended recently when I was asked for a 'modern, soft grey.'

Sometimes greys from other paint brands can look pretty bland and clinical but Farrow and Ball do greys fantastically well. There's no coldness in sight here.

This is a colour that can do the vintage look beautifully; because it's a soft grey, it's not difficult to bring out it's romantic side.

Or can be used to give a more contemporary slant on a stunning period room...

If you're looking for a gently grey kitchen, then Cornforth White is a great choice. Taken a look at some of these beauties... 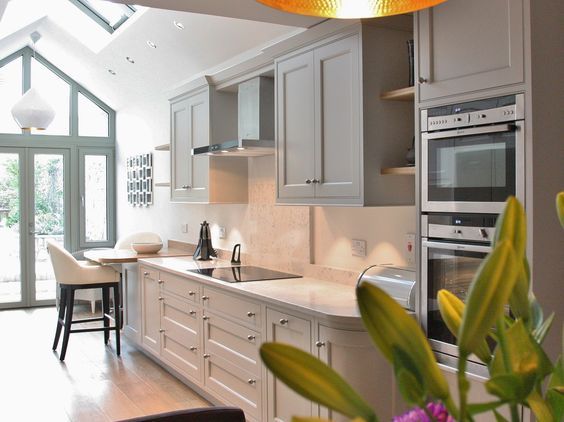 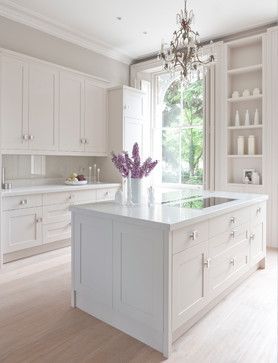 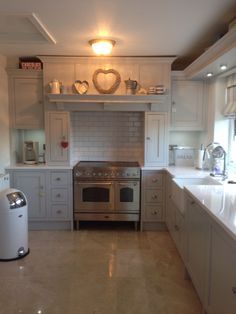 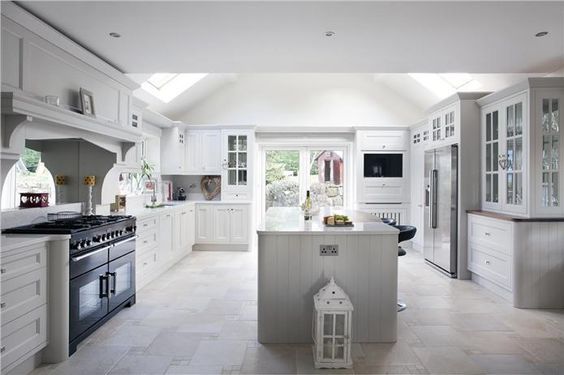 This is where you need a little bit of care because kitchens that receive a lot of light will come up a shade or two paler than those with less natural light, which will need more artificial light.

Farrow and Ball Cornforth White is one of those rare gems that works well as a wall colour AND a kitchen cabinet colour, meaning that you can have a elegantly monotoned room without looking drab and boring.

Farrow and Ball Cornforth White in bright natural light
Or you can pick out details like an island in a much bolder colour and Cornforth White will help to create a very sophisticated finish. 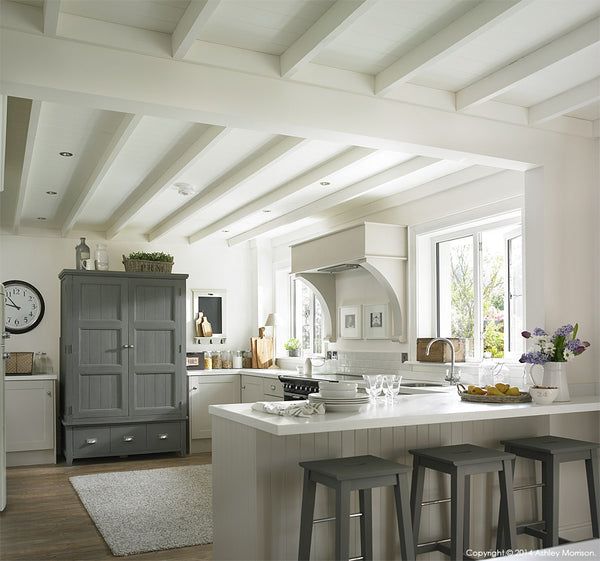 Farrow and Ball Cornforth White walls with Downpipe on dresser and stools
Cornforth White doesn't have any noticeable undertones but it will change a little when paired with other colours.

It's because this is such a classic neutral that Farrow and Ball Cornforth White highlights other colours so well. It enhances a very wide range of shades. 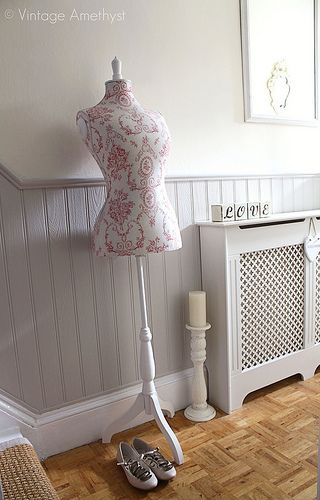 Farrow and Ball Cornforth White panelling and Babouche door in background
Either above... 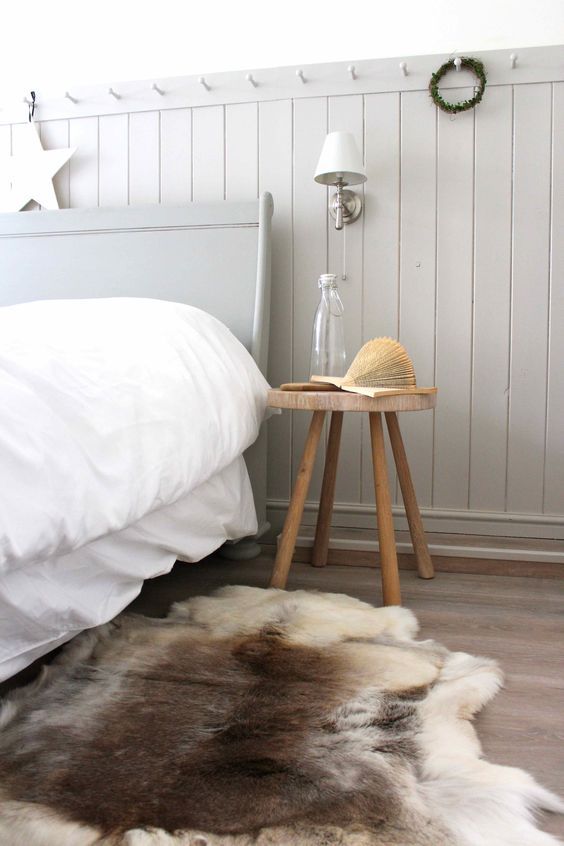 Where I'm not convinced it works quite so well is an exterior colour. The difficulty is that, because the sun faded colours back so much, you can end up with what looks like a dirty white... 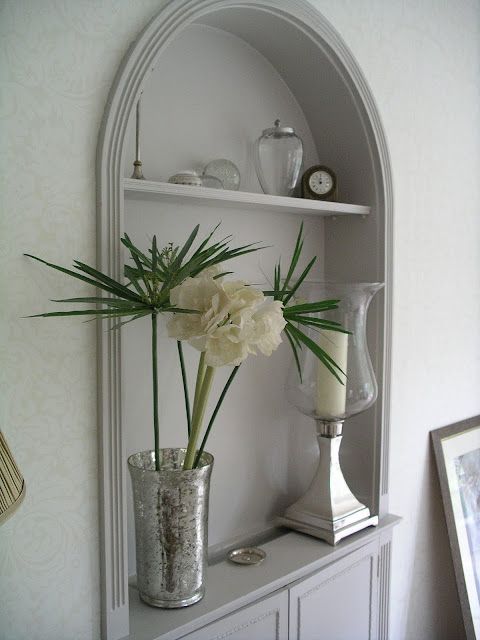 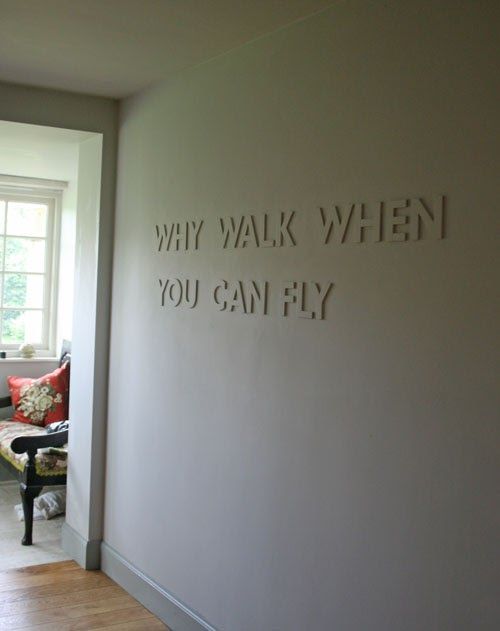 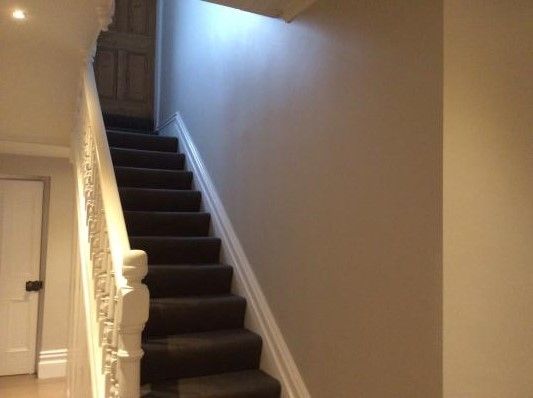 Plus it creates such a peaceful, gentle feeling... 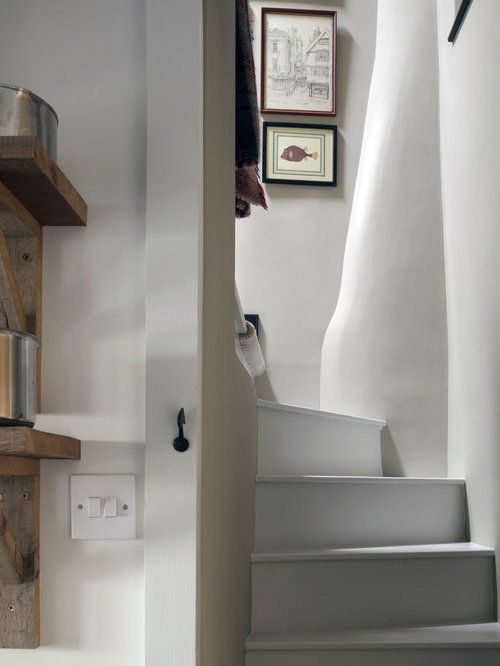 So, my paint-loving friends, if you're after a soft, warm grey that will suit a vintage... 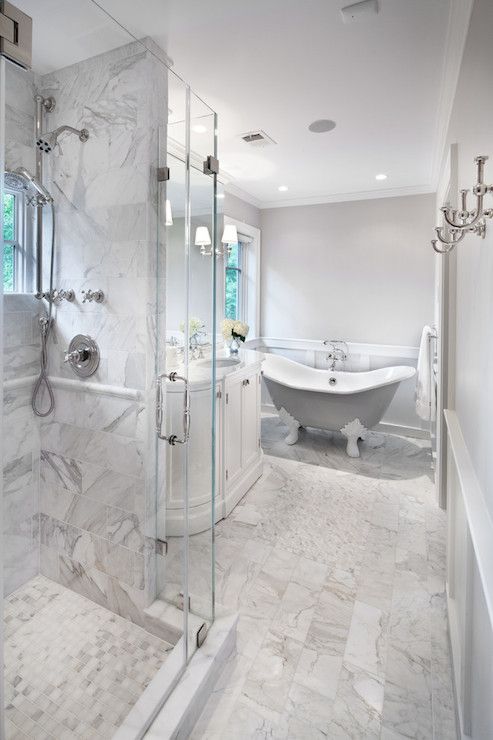 Farrow and Ball Cornforth White will be the love of your life!

View original
Save
11 loves 1 save
Subscribe to Modern Country Style
Get updates delivered right to your inbox!

Will be used in accordance with our Terms of Service
More posts from Modern Country Style
Add a blog to Bloglovin’
Enter the full blog address (e.g. https://www.fashionsquad.com)
Contact support
We're working on your request. This will take just a minute...
Enter a valid email to continue