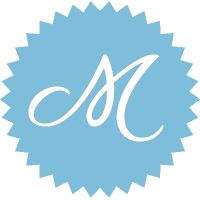 DIY weaving: How to make a tassel wall hanging

Woven wall hangings are a great way of bringing loads of colour and texture to any space. They’re not too precious to be touched, and add an instant element of modern cosy wherever you hang them. And thanks to the new breed of weavers such as Maryanne Moodie and Meghan Shimek, the craftsphere is awash with creative ideas and inspirational twists on this once-retro craft.

Like its cousin knitting, the act of weaving can be soothing – and even meditative. A loom on your lap and a cup of tea by your side makes for great winterval crafting. If you’re really short on time, then
a weaving sword can make things twice as quick – just open it up and pass your yarn needle between the open warp threads. Both weaving swords and the loom used in this project can be purchased from Maryanne Moodie’s Etsy shop.

How to make a woven wall hanging

Step 1
Warp your loom by tying a knot around the first tooth and winding it around the tooth on the opposite side. Repeat until you’ve threaded the full loom, keeping the tension springy and not too tight. Once you’ve finished, tie a knot on the same end as the first knot. Orient your loom so the two knots are on the bottom.

Step 2
Cut a piece of your lightest blue yarn to roughly twice the length of your outstretched arms (ours was 1.5m (1½yrd)) and fold it in half. Tuck the two cut ends under the first two warp threads on the left side of your loom and let the ends hang down. Lift up the next two warp threads and pull the loop end of the yarn across the threads to the right. Then circle them under the warp towards the left, pulling the length of the yarn all the way through. Continue looping around two threads at a time until you reach the last two threads. Instead of looping around them, tuck your yarn under.

Step 4
Thread your needle with white yarn and start a basic weave by pulling your thread over and under the warp threads until you reach the end of the row. Wrap around the last warp and weave back in the opposite direction.

Step 5
Weave four rows of white yarn and start making a triangle by reducing the warp by two threads on each side, every four rows.

Step 7
Lock in the fringe using a basic weave in white yarn until you’ve reached the top of the triangle.You’re repeating Steps 5, 6 and 7 with medium blue for the fringe. Again, tie RYA knots in a triangle.

Step 9
Lock in the last layer of fringe by adding a few more rows of basic weave with your white yarn.

Step 11
Slip or cut your warp threads off the loom and tie them off in pairs.
Carefully pull your weaving off the top of the loom and thread the dowel through the warp loops.

Step 12
Cut a length of white yarn to 35cm (13¾”), loop it around each end of your dowel and secure with a simple knot. Trim the fringe to your desired length.

Alex Dao
Alex first took a weaving class with Maryanne Moodie in spring 2014 and found it quickly turned into a full-blown obsession. She writes about weaving on her blog and peruses #weaving on Instagram on a regular basis. She grew up in Canada but now lives in Brooklyn. www.alexweaves.com

The post DIY weaving: How to make a tassel wall hanging appeared first on Mollie Makes.

View original
Save
29 loves 25 saves
Subscribe to Mollie Makes
Get updates delivered right to your inbox!

Will be used in accordance with our Terms of Service
More posts from Mollie Makes
Add a blog to Bloglovin’
Enter the full blog address (e.g. https://www.fashionsquad.com)
Contact support
We're working on your request. This will take just a minute...
Enter a valid email to continue