If you dream of spreading sticky, sweet orange marmalade onto fresly baked croissants in the morning, then do I have the recipe for you! This orange marmalade recipe, known to the French as confiture d’orange, is perfectly sweet, irresistible, and foolproof!

But the thing is, marmalade isn’t as straightforward as other preserves. Unlike strawberry jam or apple jam, you can’t just throw a handful of orange slices into a pot with sugar and call it a day.

Well, technically, you could. If you like really bitter orange marmalade, then by all means, do what I just said. 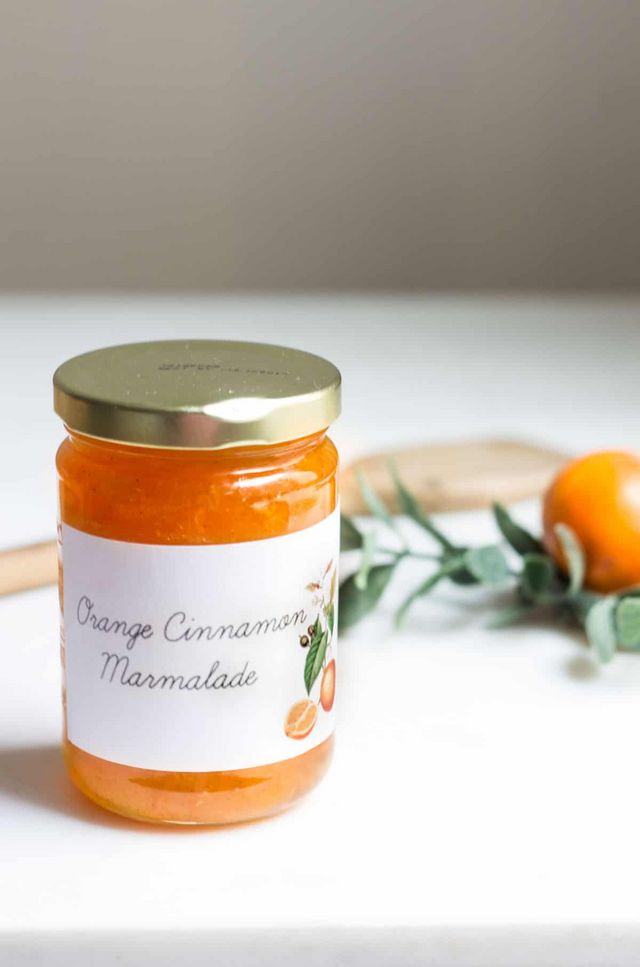 If you prefer your marmalade mostly sweet without any bitter traces, then you’ll need to a recipe that’s conscious about removing the pith, and thankfully, I’ve got a fantastic recipe for you.

I love using this orange marmalade recipe with winter’s plentiful oranges to make a batch of delicious orange jam.

The key to making marmalade without an overbearing bitterness is to get rid of the white part, known as the pith.

I’ve found that the best way to do this is to use a vegetable peeler, which has allowed me to remove the orange rind (an important, pectin-filled part of making marmalade) without getting the bitter white part too.

I then take a sharp knife and use it to remove the pith from the actual orange. If the orange rind has any lingering pith on it, I use my knife to remove that from the rind too.

After making orange marmalade numerous times but still having trouble with bitterness, I searched high and low for special tricks I could use to help me out.

That’s when I came across Jacques Pepin’s trick of boiling the orange rind 3 times before using it in the orange marmalade. 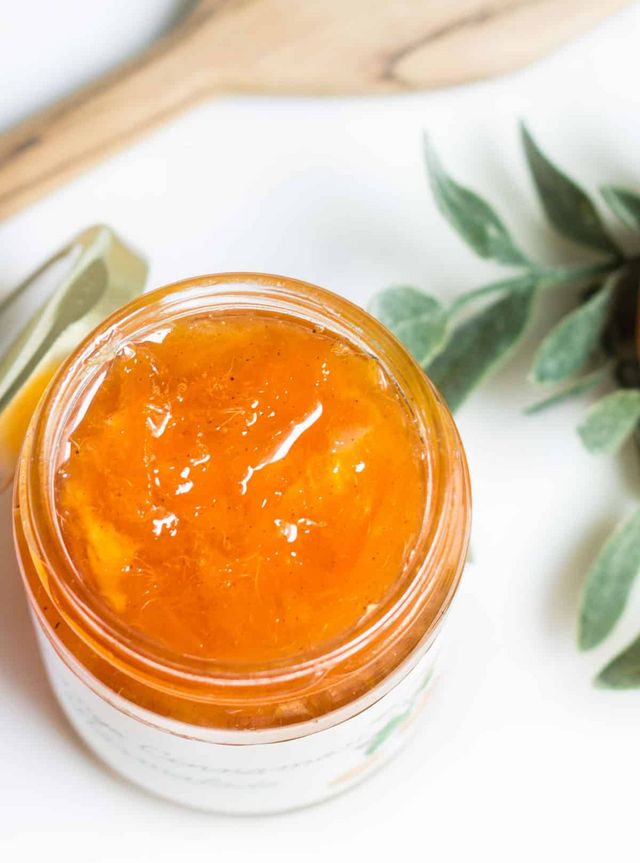 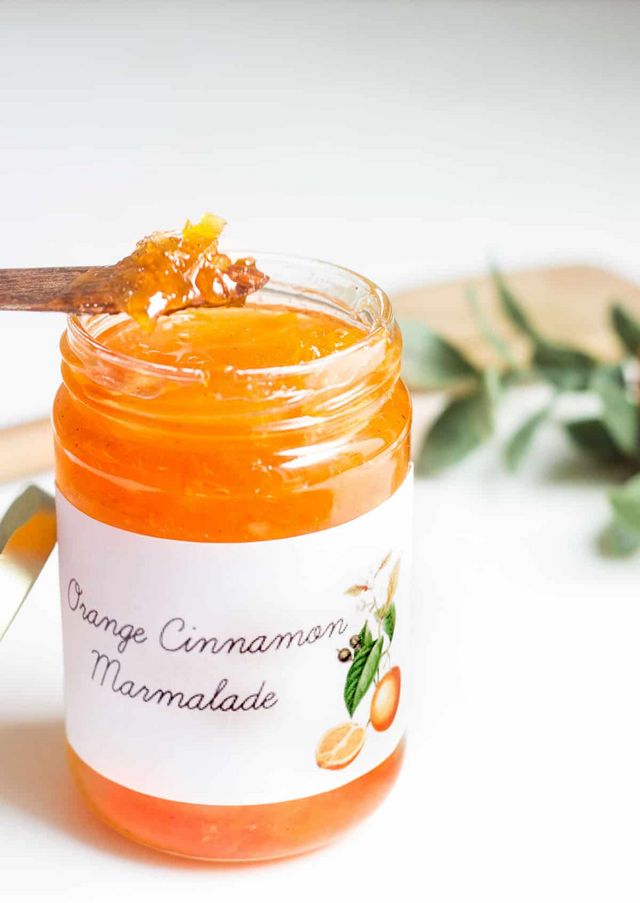 Basically, you want to cut your orange rind in a julienned fashion, then boil the cut up rind in water for 10 minutes. Drain the water, then add fresh water and boil for another 10 minutes.

You repeat this step for a third time before you actually dump the rind and orange segments into a pot with sugar and the rest of the marmalade ingredients.

The result is a perfectly sweet orange marmalade with no trace of bitterness. It’s the way I love to eat marmalade, and in my opinion, it’s one of the most foolproof ways to make it!

Easy Marmalade Recipe: A few notes before you begin

P.S. You can find great jars for storing your marmalade in here!

Homemade orange marmalade with no trace of bitterness!

Note: The marmalade will be runnier than store-bought marmalade due to the amount of minimal sugar in this recipe compared to store-bought marmalade. How thick your marmalade ends up can vary depending on the type of oranges you use and how thick their peel is. If you want to have assurance that your marmalade will come out on the thicker side, you have the option of wrapping up the pith (white parts) that you remove inside a piece of cheese cloth or 2 coffee filter papers, and seeping the pith in the marmalade as it cooks. Both the orange peel and the pith are where oranges’ pectin (the firming agent) lies, and using the pith in this manner will give you the pectin boost you need without the bitterness of actually being in the marmalade. You can add the enclosed bundle of pith after you’ve stirred all your ingredients together in your pot and have begun cooking the marmalade.

View original
This post is tagged in:
Save
1 save
Subscribe to Mon Petit Four
Get updates delivered right to your inbox!

Will be used in accordance with our Terms of Service
More posts from Mon Petit Four
Add a blog to Bloglovin’
Enter the full blog address (e.g. https://www.fashionsquad.com)
Contact support
We're working on your request. This will take just a minute...
Enter a valid email to continue