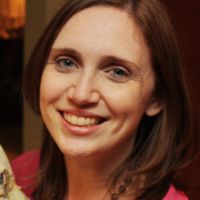 
Pantry staple ingredients and REAL pumpkin simmer on the stove for this deliciously thick and decadent fall drink - set it on warm in a slow cooker for a party!

Ok, let's talk kids' Halloween costumes. Are you a "DIY-er" or a "buyer"? I SO want to be a DIY-er. I sit on Pinterest and just scroll through adorable homemade costume after adorable homemade costume and swoon. Sigh.
We originally wanted Silas to be Charlie Brown for his first Halloween because he was BALD on top! It would have been cute, but I found an adorable pirate costume from Old Navy that I just couldn't pass up. Turns out it was a good investment because my nephew wound up wearing it for his first Halloween!
So I guess since I bought the first costume, there was no hope from then on - haha! In my defense, now that I'm blogging a lot more, fall is a HUGE time for me spent in the kitchen, so there's no way I'd be able to get it together to actually make the boys' costumes.
I suppose it's a good thing too since they can't ever seem to make up their minds! This was what they put me through:
Silas: Original choice - Ghostbuster Changed to - Doctor Who Changed again to - Power Rangers (specifically Super Megaforce Red Ranger)
Wesley: Original choice - Transformers Bumble Bee (already had) Changed to - Doctor Who Changed again to - Thomas the Tank Engine (found at a thrift shop) Changed a THIRD time to - Spiderman (specifically the one with muscles at Target)

I suppose if they had settled on Doctor Who that would have been technically a DIY costume, but really just a matter of finding tweed jackets, suspenders, and bowties. And of course buying the sonic screwdrivers.
That would have been adorable, don't you think?
But what the heck do I know, I'm just mom. It's a good thing these boys love dress up as much as they do - at least these costumes will get used!
This Pumpkin White Hot Chocolate would be the perfect treat to welcome home your little ghosts and goblins as they come home from trick or treating around the neighborhood! Let it simmer on low on the stove top, or transfer it to a small crockpot set to "Keep Warm" so it's ready when you are! Don't forget to top it with some real whipped cream!

In a stock pot whisk pumpkin, sweetened condensed milk, regular milk, vanilla, and pumpkin pie spice until smooth. Heat over medium heat until simmering, being careful not to boil. Stir in white chocolate chips and stir until melted. Serve hot in mugs topped with whipped cream, cinnamon sticks, and an extra sprinkle of pumpkin pie spice.

As a side note, they BETTER come home with some of those fun sized bags of Reese's and Kit Kat minis or I'm sending them back out the front door! Mommy tax. ;)

Here are some more fun treats to serve on Halloween night:

View original
Save
1 love 1 save
Subscribe to Mostly Homemade Mom
Get updates delivered right to your inbox!

Will be used in accordance with our Terms of Service
More posts from Mostly Homemade Mom
Add a blog to Bloglovin’
Enter the full blog address (e.g. https://www.fashionsquad.com)
Contact support
We're working on your request. This will take just a minute...
Enter a valid email to continue