Musings of a Muse 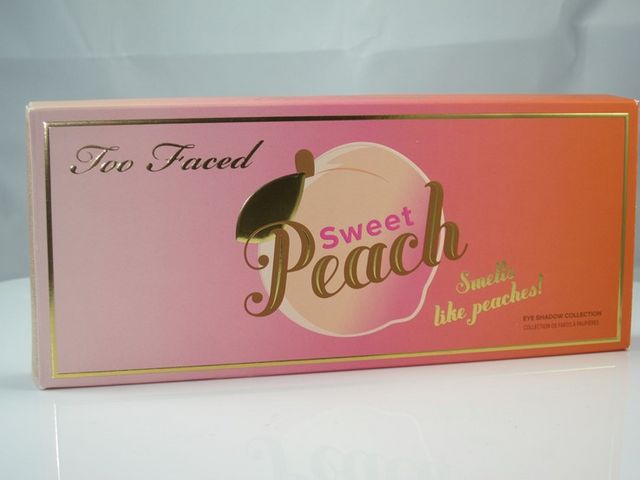 Here’s the review you’ve been waiting for! The Too Faced Sweet Peach Eyeshadow Palette ($49) is a new peach inspired eyeshadow palette that’s limited edition and available with the Too Faced Summer 2016 Collection.

As you know, the Too Faced Sweet Peach Eyeshadow Palette has been in and out of stock at the blink of an eye. It’s sold out pretty much every single place it has launched thus far including Macy’s earlier this morning. Apparently peach is a very popular eyeshadow shade either that or the fact that the palette is scented like peaches is what’s driving makeup lovers crazy! 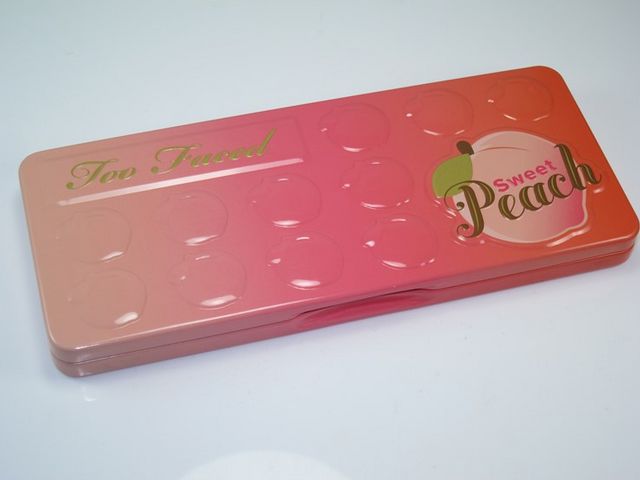 The Too Faced Sweet Peach Eyeshadow Palette comes housed in a cute pencil box-like tin with a little peach decorating the front. These newer eyeshadow palettes from Too Faced remind me of the Japanese pencil boxes I had as a child. I love them as they are just too cute, and the peach one is particularly cute. As you know, Too Faced has concentrated on chocolate inspired everything their last few collections. And I, for one, haven’t tired of the trend! Their chocolate themed eyeshadow palettes have been quite good to me, and I even liked the fact they were scented like chocolate. The fact they have moved on the peaches had me thinking of other possibilities they could do…I mean maybe for Fall they’ll do an apple palette. Can you imagine a palette filled with reddish shades combined with sultry browns and neutrals? And of course, it would have a spicy apple cinnamon fragrance. With the success of the Sweet Peach Eyeshadow Palette I have little to no doubt that Too Faced will continue to release fragrance “themed” eyeshadow palettes whether or not they will be fruit, chocolate, or even candy scented remains to be seen but don’t worry Winter is Coming on those palettes, mark my words.

This palette’s scent, in my opinion, was nearly as strong as the chocolate one and not quite the peachy scent I expected but none the less it still smelled sweet and peachy. Don’t worry, once applied I didn’t feel it was a lingering fragrance.

What’s interesting about the palette is it is larger than the Chocolate Bon Bons Palette, Semi Sweet Chocolate Bar Palette, and the Chocolate Bar Palette all of which contain 16 eyeshadow shades at 0.03 oz each. This time, around you gets 18 uniformed shades that are 0.03 oz each and still pay $49. I actually like that ALL the shades are the same size. I’m a little OCD, so those larger base shades in Too Faced’s palettes kind of drive me nuts. I like that all 18 shades are the same size.

I think the palette has some great shades, but some are lacking in formula. It isn’t quite the peach palette I hoped for that’s for sure. Why? Because there really aren’t that many peach shades in this palette, there’s about three or four tops and the rest of the shades are a mix of neutral browns and oddly enough a few purples and even a green. It’s a very weird, mismatch of shades to me and I had a very difficult time creating looks using the palette as none of the shades seem to go well together or as I was blending the look would go muddy on me. I’m not all that great at pairing shades up well so if you find yourself in a similar predicament, you might not like this palette. It’s a palette that might be suited best for advanced users as some of these shades might just have you scratching your head to create pairings. Inspiration isn’t far away though as Too Faced includes an instruction card to create three looks. 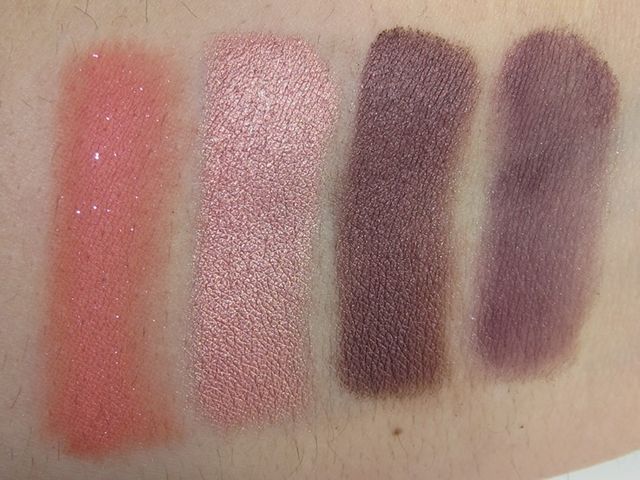 I admit I had wished they went with more peach shades here perhaps combined with some deeper browns to contrast. I don’t think you need a matte plum or a micro glittery purple or a light olive green in a palette inspired by peaches, but that’s only my opinion. There’s also a lot of shades that look similar to past releases. For example, I thought many of the shades looked a lot like ones from the Too Faced Peanut Butter and Jelly Palette.

A majority of the shades had excellent color pay off with a buttery soft texture and an easy to blend formula. The mattes were soft and silky, but they applied best over a primer as I felt like they sheered out considerably on my lids without it. However, there are also duds here like Just Peachy and Candied Peach wasn’t applied a bit patchy, ironically these are the only two true peach shades in this palette and neither had a good formula. Just Peachy was rather powdery and applied poorly to my lids and sheered out so much when combined with other shades. I kept having to layer over it to get the color to show up as each time I blended it would disappear. I had the same issue with Candied Peach! Delectable was another bust as the shade was very dry and patchy. The palette wasn’t consistent in formula so you’ll get some hits and some misses. 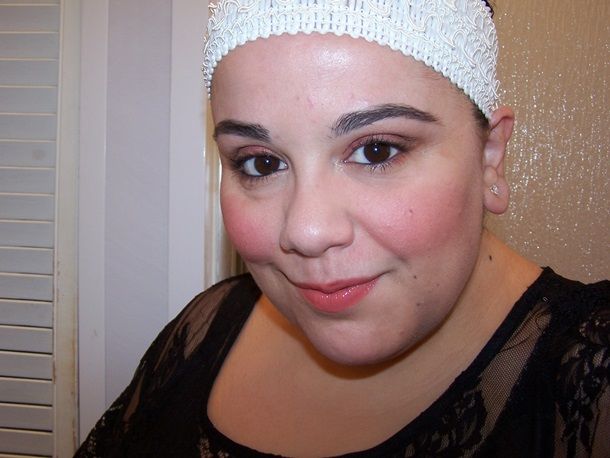 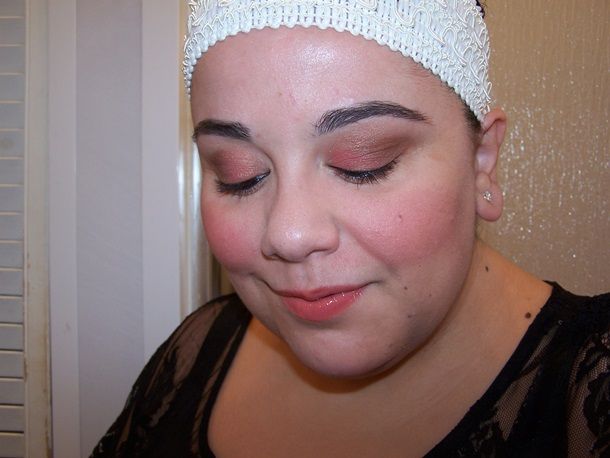 I think I like the idea of the Too Faced Sweet Peach Eyeshadow Palette in theory than usability. This one proved a little difficult to use, and I felt many of the eye looks I tried to achieve blended out very muddy. I wish the palette contains more peach shades because as is it felt like a huge mismatch of a variety of colors that won’t be easy to use for the average user, believe me, you’ll find yourself Googling for inspiration.

I think the frenzy surrounding this palette isn’t warranted. It’s getting a stir of major excitement and causing a good deal of disappointment and frustration because it keeps selling out. I’m here to tell you don’t be disappointed if you haven’t yet gotten it because it’s a lot more hype and hassle than it is worth. It’s a nice palette but not one of Too Faced’s best.

You may also enjoy...

View original
Save
1 love
Subscribe to Musings of a Muse
Get updates delivered right to your inbox!

Will be used in accordance with our Terms of Service
More posts from Musings of a Muse
Add a blog to Bloglovin’
Enter the full blog address (e.g. https://www.fashionsquad.com)
Contact support
We're working on your request. This will take just a minute...
Enter a valid email to continue