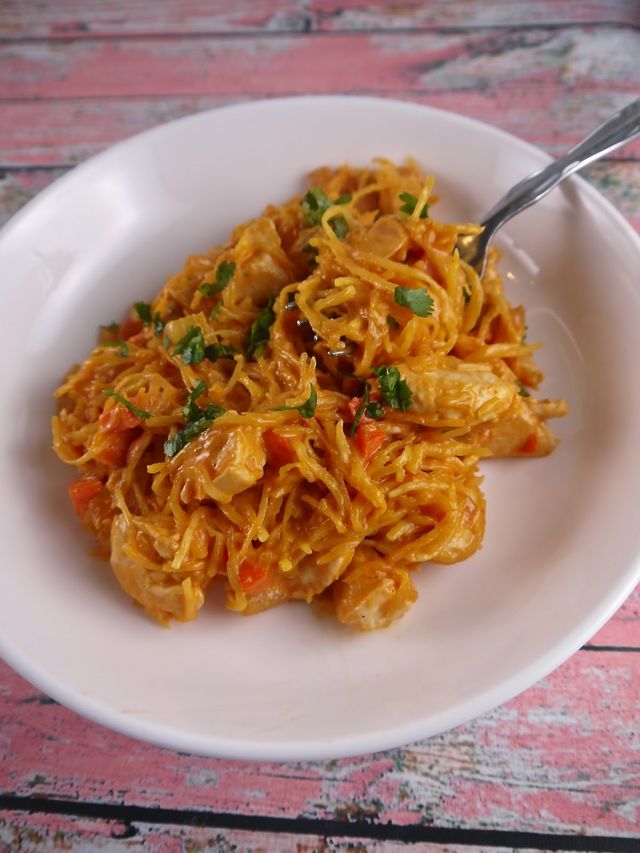 Does Juli from PaleOMG ever get it wrong? Seriously, ever single recipe I've made of hers is worthy of a remake. The caveman was totally skeptical about this buffalo chicken "pasta" and then proceeded to eat two bowls worth. And then ask me two hours later if there was any left!

I wasn't really sure what to expect when making it, but was happily surprised that the homemade mayo and hot sauce combined to make a creamy, flavorful sauce. It almost had a "cheesy" aspect to it that further authenticated its resemblance to pasta.

I was out of green onion so sprinkled a little minced cilantro on top; I definitely think the former would suit it better, but any little bit of green adds a nice pop of color and flavor. 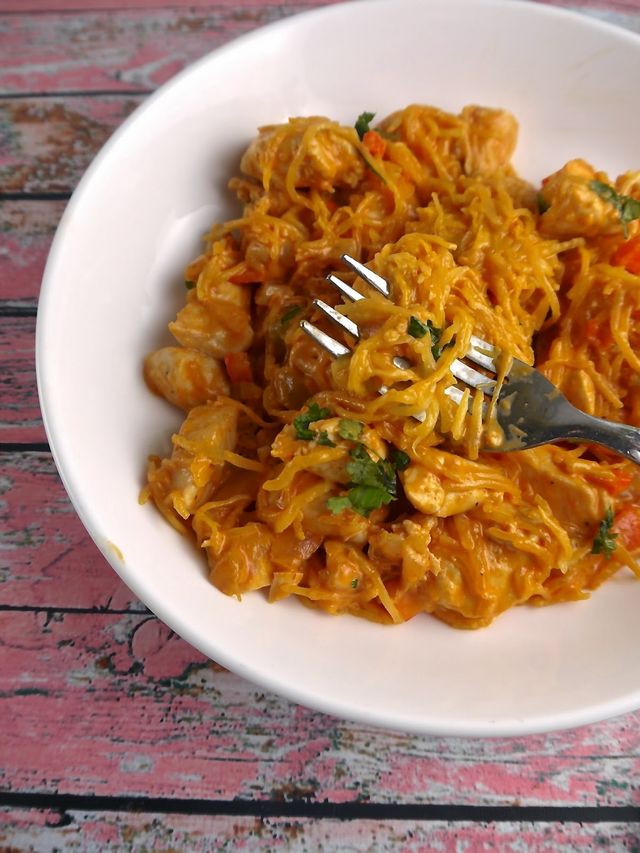 Preheat oven to 415. Place squash cut side down on a baking sheet and bake for 25 minutes.

While squash is cooking, heat oil in a large skillet. Add chicken, seasoning with salt and pepper, and cook until no longer pink. Set aside.

Add garlic, onion, carrot and celery to same skillet. Season with a little salt. Cook until the onion is soft. Remove from heat and add chicken back to skillet. Add hot sauce.

To make mayo, whip all ingredients together with a whisk. If you have an immersion blender it will help make it extra creamy.

Stir mayo into skillet with chicken and hot sauce. Stir to combine. Serve topped with some red pepper flakes and chopped green onions.

View original
Save
1 love 1 save
Subscribe to the preppy paleo
Get updates delivered right to your inbox!

Will be used in accordance with our Terms of Service
More posts from the preppy paleo
Add a blog to Bloglovin’
Enter the full blog address (e.g. https://www.fashionsquad.com)
Contact support
We're working on your request. This will take just a minute...
Enter a valid email to continue