We celebrated Oscar’s second birthday last weekend. I made tiny party hats and wrapped miniature presents for a whole slew of little animals, and I sewed a second annual pair of birthday Art Museum trousers.

I still haven’t done a whole lot of boy sewing, but I think these little trousers are my favorite in that category. I’m not sure what it is exactly, but they make my heart flutter. I kinda want to write Liesl a love letter for making this pattern.

Last year I made these pants in size 6-12 months, and this year I skipped over the next two sizes and made a 2T. With Lila I always preferred that clothes fit correctly at the time I made them – it took her forever to grow out of anything. This kid is a different breed, though – nothing seems to fit for more than a couple months, so roomy is fine by me. These pants do run really long – Oscar is off the charts for his age in height, and I hemmed them up an extra half inch and still had to roll them once so he won’t trip.

I became obsessed with making this plaid version after spotting a toddler in the wild wearing a very similar pair – I knew I already had the perfect pattern to replicate them, and I’ve been on the lookout for the right fabric ever since. I ended up finding it locally at Bolt – it’s a wool/cotton blend, really soft, just what I was after. 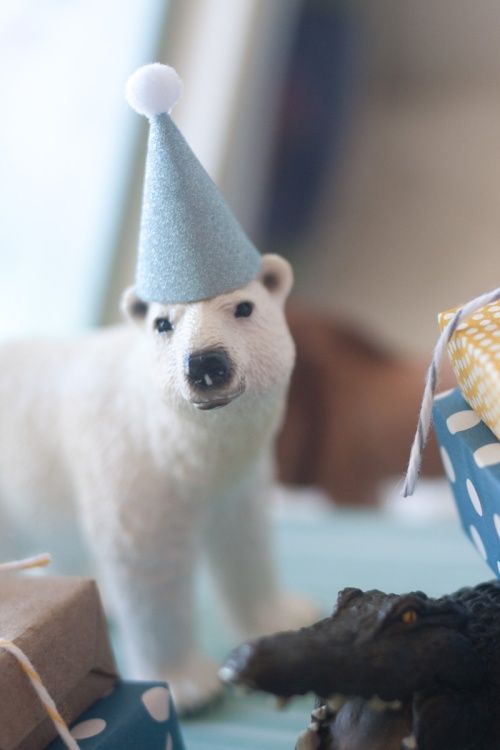 As for the hat-wearing, gift-bearing animals, they were inspired by this Oh Happy Day post and this pin - I downloaded the tiny party hat template from here and bought a bunch of Schleich animals to do it up right. 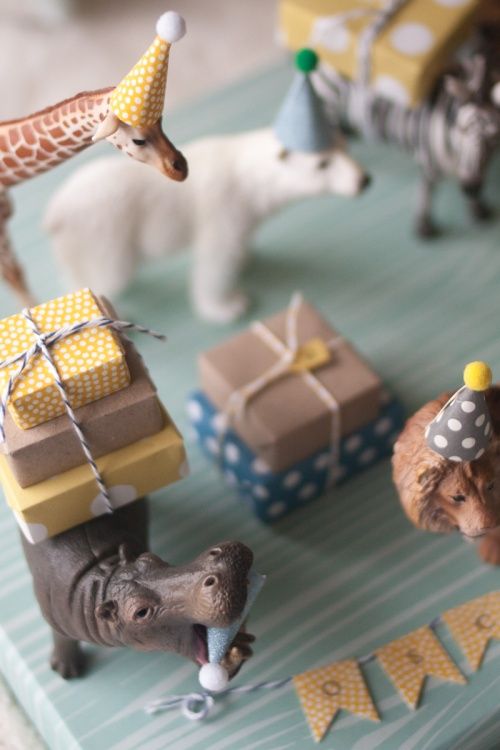 They were a bit of an investment, but I knew they’d have great play value long after the party, so I considered them a birthday present for Oscar. 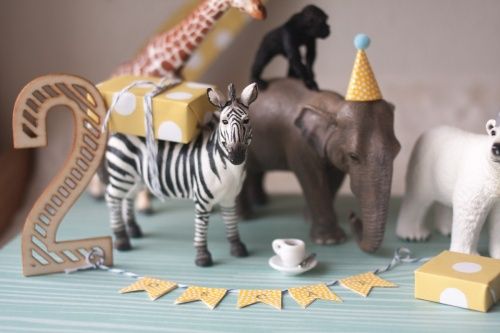 My blog idol threw a second birthday for her daughter a few weeks before Oscar’s, which led me to this amazing cake. Mine was a little sloppy, but same idea. I still swear by this chocolate cake recipe, but this year I tried Alicia’s Cloudburst Frosting recipe – it was deeeee-licious.

As you can see from the two above, I managed to get zero decent photos from Oscar’s party, which I will just blame on the weather and daylight savings – it was dark all day! Oh well. The whole animal thing was by far the most fun I’ve ever had in terms of birthday prep. And that’s saying a lot, because I do love party prep. 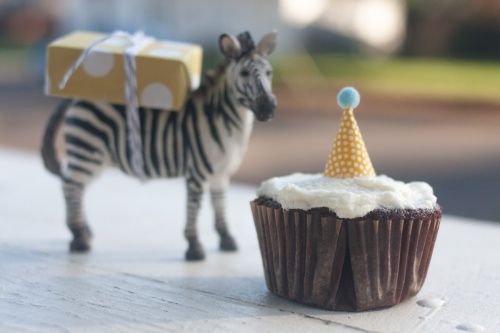 Happy second birthday to you, sweet Oscar. Your dance moves are second to none, and you are a complete and utter joy to have around.

View original
Save
5 loves 2 saves
Subscribe to probably actually
Get updates delivered right to your inbox!

Will be used in accordance with our Terms of Service
More posts from probably actually
Add a blog to Bloglovin’
Enter the full blog address (e.g. https://www.fashionsquad.com)
Contact support
We're working on your request. This will take just a minute...
Enter a valid email to continue