Reflections of a Reader 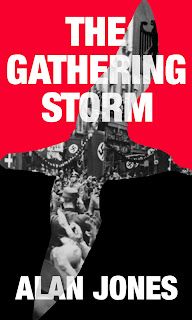 The Gathering Storm by Alan Jones is published on 19th August 2021.It is available for pre order here now and is the first in The Sturmtaucher Trilogy. My thanks to the author for the review copy and Anne Cater of Random Things Tours for the blog tour invitation.
‘Kiel, Northern Germany, 1933. A naval city, the base for the German Baltic
fleet, and the centre for German sailing, the venue for the upcoming Olympic
regatta in 1936.

The Kästners, a prominent Military family, are part of the fabric of the
city, and its social, naval and yachting circles. The Nussbaums are the
second generation of their family to be in service with the Kästners as
domestic staff, but the two households have a closer bond than most.

As Adolf Hitler and his National Socialist Party claw their way to power in
1933, life has never looked better for families like the Kästners. There is
only one problem.

The Sturmtaucher Trilogy documents the devastating effect on both families
of the Nazis’ hateful ideology and the insidious erosion of the rights of
Germany's Jews.

When Germany descends ever deeper into dictatorship, General Erich Kästner
tries desperately to protect his employees, and to spirit them to safety.

As the country tears itself apart, the darkness which envelops a nation
threatens not only to destroy two families, but to plunge an entire
continent into war.’

My Thoughts
This isn't the first time I have read a book by this author having previously read and reviewed Blue Wicked. The Gathering Storm is a complete change of genre and serves to show the versatility of this wonderful writer.I should start by saying that I was apprehensive. This one is over 800 pages and historical fiction and I admit I thought I would struggle but I am so pleased to say I couldn't have been more wrong and I was able to form that opinion after only a couple of chapters.
The Gathering Storm is set in 1933 in Kiel, Germany and tells the story of two families. The Kästners who are a well regarded military family and The Nussbaums who serve as domestic staff to the Kästners. The Nussbaums do cooking, cleaning, driving and other household chores but perhaps unusually the two families are also friends and their children also mix. There is a tight bond that has developed through the years.
I guess despite the obvious differences there is also the fact that The Nussbaums are Jews in a time when Hitler is beginning to make is mark and the rumblings of Nazi's and dictatorship are beginning to make there marks across a country and its people. I found it fascinating to read about the lead up to the second world war and what initially starts as confusion amongst people slowly builds into a crescendo of fear and a divide that opens across a nation and even families. The title of this book is so apt in that sense.The sense of something building that is dark and gloomy.

The amount of research and care that has gone into this book is truly breathtaking. It could read more like a textbook and that wouldn't be as engaging but it doesn't. The characters are magnificently written, they are rounded, nuanced and memorable. I can feel the care with which the author has written about this part of history across every single page. It just comes to life and was moving and raw.

I have read many books about the second world war, Hitler and the Nazis etc and they are more often told from the perspectives of the Jewish people. I found it interesting that The Gathering Storm tells the story of both sides.
The Gathering Storm is an important and memorable book that has been brilliantly done. It is important because we should never forget this part of history and what happened. The stories need to be told and then told again. I have visited Bergen Belsen when I lived in Germany and it shocked me to the core.
I am in awe of this book, can't wait to read the other two either. I would be very surprised if this one isn't my book of the year, that is how strongly I feel about it. 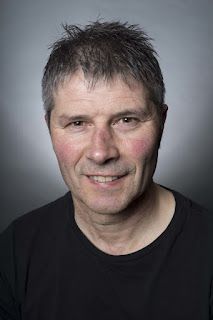 Alan Jones is a Scottish author with three gritty crime stories to his name, the first two set in Glasgow, the third one based in London. He has now switched genres, and his WW2 trilogy will be published in August 2021. It is a Holocaust story set in Northern Germany. He is married with four grown up children and four wonderful grandchildren. He has recently retired as a mixed-practice vet in a small Scottish coastal town in Ayrshire and is one of the RNLI volunteer coxswains on the local lifeboat. He makes furniture in his spare time, and maintains and sails a 45-year-old yacht in the Irish Sea and on the beautiful west coast of Scotland. He loves reading, watching films and cooking. He still plays football despite being just the wrong side of sixty. His crime novels are not for the faint-hearted, with some strong language, violence, and various degrees of sexual content. The first two books also contain a fair smattering of Glasgow slang. He is one of the few self-published authors to be given a panel at Bloody Scotland and has done two pop-up book launches at the festival in Stirling. He has spent the last five years researching and writing the Sturmtaucher Trilogy.
You find the author on Twitter: @alanjonesbooks or on his website https://www.alanjonesbooks.co.uk/
Please do have a look at the other stops on the blog tour.

View original
Save
Subscribe to Reflections of a Reader
Get updates delivered right to your inbox!

Will be used in accordance with our Terms of Service
More posts from Reflections of a Reader
Add a blog to Bloglovin’
Enter the full blog address (e.g. https://www.fashionsquad.com)
Contact support
We're working on your request. This will take just a minute...
Enter a valid email to continue