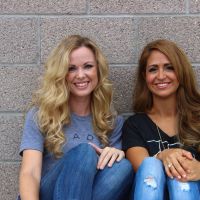 I love maps. When I was 12, my parents took my brother and sister and I on a road trip to Yellowstone National Park. Coming from Arizona, that made for a pretty decent road trip. When we piled into the car to head out, my Dad handed me the map and said "Well Devin, get us there!" Each morning he would tell me where we were hoping to be by the end of the day and I would tell him which roads to take, where to turn, how far until the next town, etc, etc. I'm sure he had a fairly good idea of where we were going anyways, but as far as I was concerned, I had single-handedly guided us through 7 large and unfamiliar states. And I loved every second looking at that map.
Unsurprisingly, I still love maps. So when I saw a picture on Instagram of a bunch of little map pendant necklaces, I knew I had to make one for myself! I headed out to our local craft stores in search of the supplies I needed. I ended up going to Michael's, JoAnn's, AND Hobby Lobby before I finally found what I was looking for.
At first I thought I would make my necklace like my good friend Cindy did with her Bottle Cap Necklaces on her blog, which are super cute, but I decided it wasn't exactly the style I was going for. Then I though I'd use a blank bezel setting and resin to make my pendant, but I wasn't sure how it would turn out since I haven't worked with resin before. So I searched the jewelry section more thoroughly (well, 3 jewelry sections more thoroughly) to see what they had available and finally found a piece I thought would be just right!

I purchased the frame pendants and a matching chain at Hobby Lobby for less than $4. I used a coupon for the chain and the pendants were 30% off. Then I found an old Arizona road map at home and I was ready to go! If you don't have a map of the area you are wanting, try googling it. You could always download and print something, and finding a vintage map would be cool!
The pendants I picked out have a small silver frame with a clasp that comes apart at the top and two pieces of glass for each frame so you can put whatever picture or graphic you like in them. They were super easy to assmeble. The first thing I did was take one of the pieces of glass and trace it on my map where I wanted to cut it out. I decided to make my pendant with a map of my hometown area. Next I simply cut out my circle slightly smaller than where I traced so it would fit in the frame. I had to trim it down a few times to get it to fit just right.

Once the map piece was cut out, all I had to do was put it between the two pieces of glass and insert everything into the frame!

Since this particular pendant is two-sided, I decided to put another piece of my map on the back. Nothing like keeping your hometown and state close to your heart all the time!

View original
Save
3 loves
Subscribe to Salt and Pepper Moms
Get updates delivered right to your inbox!

Will be used in accordance with our Terms of Service
More posts from Salt and Pepper Moms
Add a blog to Bloglovin’
Enter the full blog address (e.g. https://www.fashionsquad.com)
Contact support
We're working on your request. This will take just a minute...
Enter a valid email to continue