The Deeper He Hurts by Lynda Aicher

Asher Ruggiero, a partner at Adrenaline Kick Adventures, is living a lie. As a control freak whose big Italian family thinks he’s straight, Asher likes his encounters concise, dirty, and discreet—until his company’s new rafting guide walks into work, dripping with brooding, intense sexuality. Sawyer Stevens is a mystery man with secrets and rough edges, and he makes Asher want to get to know him inside and out.

Ever since the tragic death of his parents, Sawyer has dedicated himself to the rush of adrenaline that comes from pleasure and pain. Moving from one guy to another, hiding when life gets too complicated—that’s all he can handle. So why does Asher make him long for something lasting and honest, when the gorgeous geek can’t even be true to himself? Sawyer wants to give Asher his heart, but he just doesn’t know how. After all, a life without integrity is a life without passion—and that’s the one thing Sawyer craves.

The Deeper He Hurts is intended for mature audiences. This ebook includes a special message from the editor, as well as an excerpt from another Loveswept title.

My Review:
I really enjoyed this book. It's not very often that you get to see a true sadistic/masochistic relationship in romance, because that can be pretty harsh reading. But this one worked, and I really liked that the two men involved were true sadist/masochist...and that this wasn't about a Dom/sub relationship. These guys are complete equals throughout the book. In fact their roles kind of switch when they are out of a scene and I liked that about them, too.

There's a reason Sawyer likes pain. His life up to this point has been so painful, that he truly doesn't feel anymore. He's pretty much numb to everything and keeps himself separate from other people. Using pain is a way for him to combat that and to connect with life. And I'll admit, both sadism and masochism are not something that I really understand at all, so sometimes this kind of story can be difficult, but I think Lynda Aicher did an amazing job explaining all the reasoning in this one.

I loved Sawyer. He's definitely a tragic hero, with a god-awful past. But he's so lonely and alone. It's hard to not connect with and feel for him.

Asher is alone, too, but in a different way. He has a huge Italian family, but he's lied to them all for so long about who he is...both his sadism and his homosexuality, that he feels like a stranger in their midst. I liked the dichotomy of the guys in totally opposite circumstance, but feeling the same way...alone. These are two men who once they begin to connect, it's obvious how perfect they are together. I loved both of them so much. And on a personal note...these are two VERY sexy guys...Sawyer is a blond, rugged, whitewater rafting guide. He's laidback and very physical. On the other hand, Asher is very corporate. He's a geek. He writes code all day and his life is extremely structured, including his button-up pressed shirts. They are the two extremes, but I found them both to be so visually stimulating (at least in my imagination...LOL).

I've really enjoyed this series. I love the Kick guys and the outdoor adventure outfitter setting. A tragedy starts off the series that sets a tone of high-angst throughout the books that I really enjoyed reading. I cannot wait for Finn's story in book #3.
I received a complimentary copy of this book in return for an honest review. 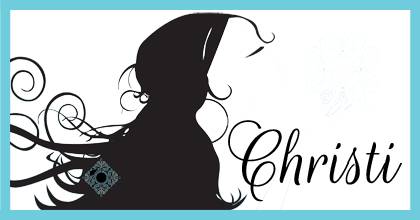 View original
This post is tagged in:
Save
Subscribe to Smitten with Reading
Get updates delivered right to your inbox!

Will be used in accordance with our Terms of Service
More posts from Smitten with Reading
Add a blog to Bloglovin’
Enter the full blog address (e.g. https://www.fashionsquad.com)
Contact support
We're working on your request. This will take just a minute...
Enter a valid email to continue