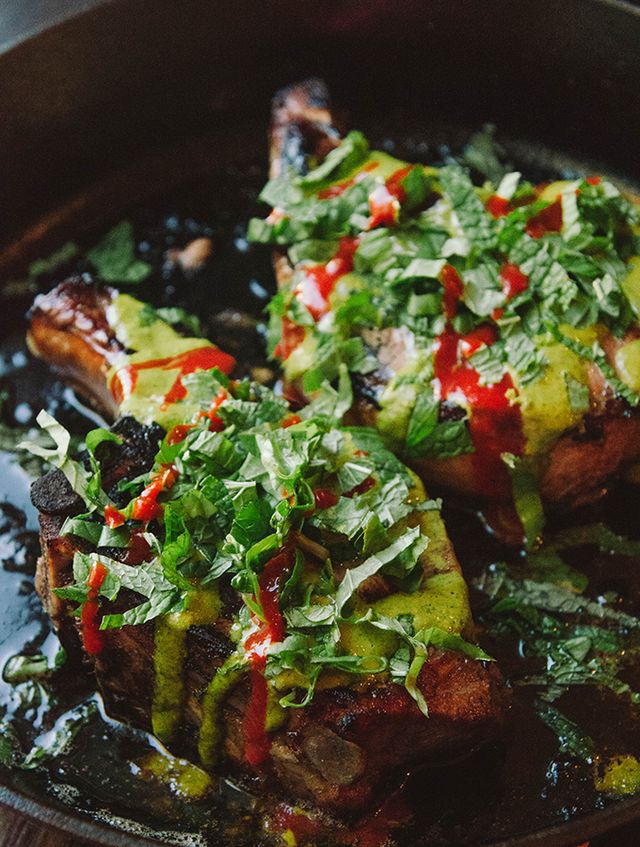 Ever watched a film that gave you an insatiable need to marinate pork? No? Well, then perchance you’ve never seen Chef.

I just happened to have these thick cut pork chops in my fridge. It was a little bit like destiny. I love when that happens. Stars align for the glorious purpose of porkin’ out.

The things I had in my fridge to create a marinade were of the Asian persuasion. I almost always have those flavors on hand. I did however send my husband to the store for some pineapple juice and extra cilantro. The pineapple brings both a sweet and bright flavor to the chops and the cilantro gets whipped up into a special sauce. I know there are a lot of cilantro haters out there (WHY?!?!! *shakes fists at the sky dramatically*) so if cilantro ain’t your jam (WHY?!?!! *movie montage of dramatic fist shaking*) you can replace the cilantro for a different herb such as basil or parsley. 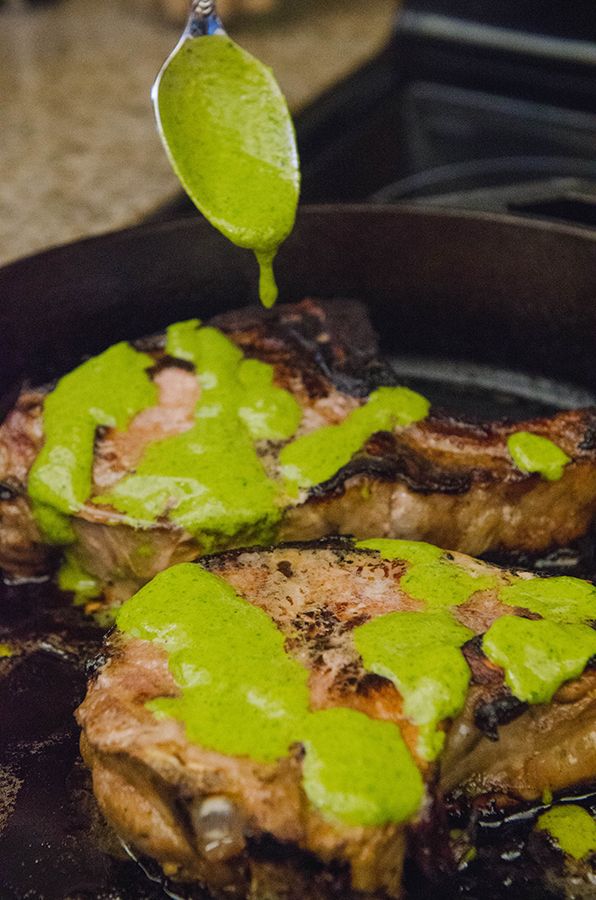 By the time the chops were done cooking, I had no patience to take out a fancy squeeze-y bottle and make this part of the process look presentable. Instead, you’re getting a real life view of what it looks like to shovel sauce onto a pork chop in a fit of feverish hunger. Just keeping things real. No need to be dainty about it.

If you like heat, add a lil’ more sriracha. Throw on a handful of chopped herbs and serve with a couple of lime wedges. Now, for the love of all that is holy, pork out with your bad self. 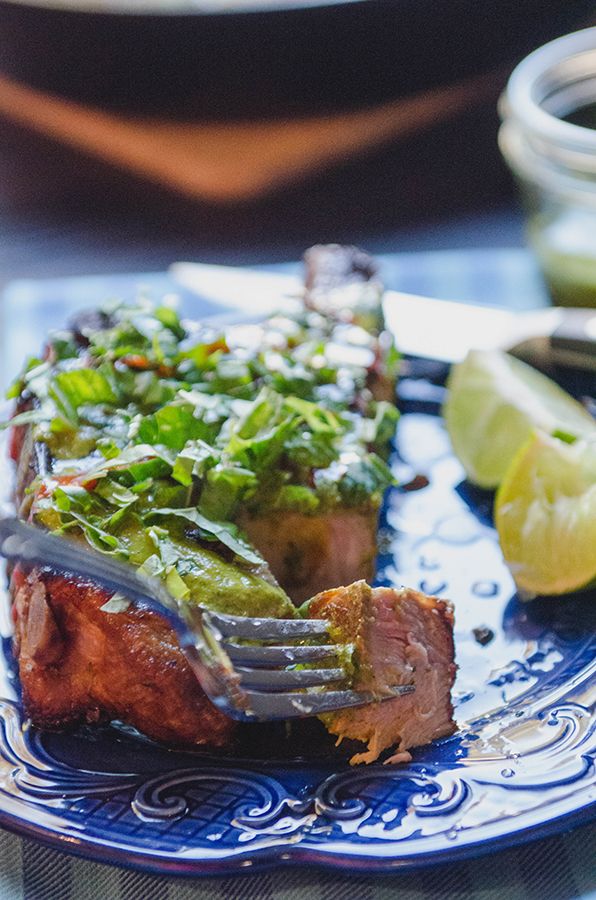 View original
Save
4 loves
Subscribe to So...Let's Hang Out
Get updates delivered right to your inbox!

Will be used in accordance with our Terms of Service
More posts from So...Let's Hang Out
Add a blog to Bloglovin’
Enter the full blog address (e.g. https://www.fashionsquad.com)
Contact support
We're working on your request. This will take just a minute...
Enter a valid email to continue