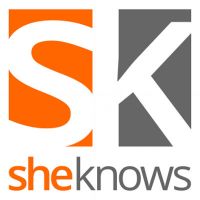 Kylie Jenner Poses Topless on the Cover of ‘Complex’

It’s been firmly established that Kylie Jenner likes to strip down for the camera. And for a photo shoot for the cover of Complex, she did just that, going completely topless for their October/November issue. “I want to try something new,” she said during the eight-hour-plus shoot. New, for Jenner, apparently means slapping a pair of pasties, nude latex gloves, and high-waisted underwear that barely cover her butt.

She posed for the shoot with a full-length mirror in front of her, so she could be sure that she was hitting all the right angles—a very Jenner thing to do, considering that about ten percent of her Instagram feed is just shots of herself in a mirror.

MORE: The 50 Most Naked Celebrity Instagram Photos of All Time

When she took it all off for the camera (well, all but those pasties, panties, and latex gloves), she also kicked all of the men (but Tyga) out of the room. “I’m comfortable with my body, but not that comfortable,” she said during the shoot. “I’m not going to be walking around like that with a bunch of guys there.”

Post-production, the illustrious Takashi Murakami doodled his signature illustrations all over the images, adding a touch of whimsy to the sexy shots and elevating them to a whole new level of cool.

Jenner cleared up a thing or two in the interview accompanying the new pics—like, for example, her relationship with PartyNextDoor. “He asked me to be in the ‘Come and See Me’ video, and that was after Tyga,” she said. “Me and Party have a cool relationship. I think he’s so talented and I love his music. But I wouldn’t say we dated.”

She wouldn’t say they didn’t hook up, either. “It never really got to that boyfriend-girlfriend stage,” she said. “It was just fun. I was doing what I wanted to do.” So, Jenner and PND totally had a fling when she and Tyga were on a break. Thanks for confirming that, Kyles.

Head over to Complex to see all of the stunning images, and check out this video for a little walk down memory lane to a time when Jenner and PartyNextDoor were a thing.


View original
This post is tagged in:
Save
Subscribe to StyleCaster
Get updates delivered right to your inbox!

Will be used in accordance with our Terms of Service
More posts from StyleCaster
Add a blog to Bloglovin’
Enter the full blog address (e.g. https://www.fashionsquad.com)
Contact support
We're working on your request. This will take just a minute...
Enter a valid email to continue