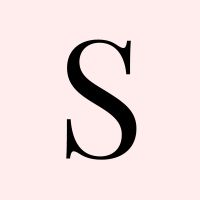 The 15 Most Colorful Places in the World

Well here’s a little treat for your eyes. Because we could always do with a little more colour in our life, right? Let these vibrant neighborhoods and pastel-lined harbors spark your wanderlust.

Vernazza is the next to northernmost town and perhaps most picturesque of the five towns of Cinque Terre in Italy. Colorful, antique homes cling to impossible cliffs. A lovely small harbor nestles under the shadows of an ancient castle and a dramatic seaside church.

With all the houses painted in bright colours making each street look like a rainbow, this Venetian island town could be the most colourful in the world. Legend has it that population began painting their homes luminous colours so that the fishermen could see them even in in thick fog and avoid crashing into the shore after a voyage at sea.

Much of Havana’s architecture comes from its former Spanish rulers with an eclectic mix of 16th- and 17th-century-style buildings lining the streets. Around this time, colors of colonial blue and green were a popular choice but the introduction of stained-glass windows in the 19th century saw pinks, purples and oranges splashed onto the buildings too.

Dutch artists Koolhaas and Urhahn turned favelas in Rio de Janeiro into a giant canvas, creating brilliant works of colorful art on the walls of many homes. This instilled pride through color in a place that few would find desirable.

The ancient part of Chefchaouen, known as the medina, is covered in all shades of blue paint. You’ll find blue spreading across the streets, the walls, and even inside the homes on nearly every street and alleyway. It’s not hard to figure out why Chefchaouen is often called “The Blue Pearl of Morocco.”

Within the city limits of Istanbul lies an area that’s pretty easy to get lost in the moment as you wander. Balat was the old Jewish quarter of the city. The pink and yellow building show the wear and tear of an area that’s been around since the first Spanish Inquisition.

In the Provence Village of Menton, colorful houses are easily recognizable on along the French Riviera, towards the South of France near Monaco. The town is full of old, beautiful and historical buildings and is said to be one of Europe’s most scenic locations.

The houses of Guanajuato tumble down the hills that surround it in every imaginable colour. There’s no subtle, complementary colour scheme—fuchsia pink mingles with pillar box red, saffron yellow, baby blue, and lime green.

The buildings in Cape Town are separated by bright and friendly colors which change from address to address. Pinks, oranges, yellows and blues mix together to create a community of eye candy.

Valparaíso is covered with color from city limit to city limit, a characteristic which has charmed Chileans and foreigners for generations. The city climbs from the shore of the pacific into the mountains above, covering the hills with a sight as rich as the personalities within.

Despite its tumultuous past, the city of Wroclaw, Poland has long embraced color as a part of its cultural identity. The buildings of its city center are rich in color, progressing from earth tones to pastels in a very old-world manner. This colorful take on classical architecture makes it one of the most colorful cities in Europe, and a departure from the rest of the entries on this list.

Despite its standing as the most culturally-progressive city in the United States, there’s another rainbow of colors shining brightly in San Francisco. This densely-packed peninsula city is home to a colorful architectural identity, one reflected in the varied paint styling that changes from door to door.

Salvador was the first capital of Brazil, and the Pelourinho area’s main square was once a place where slaves were punished. Despite its sordid past, it’s now a recognized UNESCO World Heritage Site and as a result underwent a massive restoration process to preserve its pastel-colored 17th- and 18th-century buildings.

The legend goes that when the Dutch still ruled the island in the 1800s the governor at the time suffered from migraine headaches, that he attributed to the Caribbean sun. He decreed that the residents paint buildings and other structures anything but white. Now we’ve got a World Heritage Site with buildings in blues, yellows, pinks and reds with white trim.

The colorful cityscape of Reykjavik is noted with its downtown multicolored houses clad in corrugated iron that seem to come straight from a box of Lego.

Procida is the quintessential Mediterranean paradise, an absolute vision of colorful harborside homes and picturesque piazzas. The coast is filled with the cutest pastel-colored houses.

Into the back streets of Notting Hill the homes are a rainbow of colour. From canary yellow, light lilac, pastel pink and bright Mediterranean blue, and doors the colour of gemstones. It’s definitely welcome on a grey London day!

In 2011, Sony Pictures decided to paint one of Spain’s traditional white villages in bright blue as part of a marketing campaign for The Smurfs 3D film. Certainly a sight that dazzles the eyes.

The post The 15 Most Colorful Places in the World appeared first on Sunday Chapter.

View original
Save
1 love
Subscribe to Sunday Chapter
Get updates delivered right to your inbox!