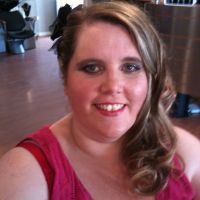 Guest Post – Research For The Bamboo Trilogy by Ann Bennett

I’m super excited to be part of the fab blog tour celebrating the release of Bamboo Road, the last book in a fab adult fiction trilogy!

Bamboo Road was released on the 1st March 2017 published by Monsoon Books. The first book, Bamboo Heart was released in 2014 followed by Bamboo Island in 2015 and can be read in any order. The books are a Southeast Asian WWII Trilogy.

For my stop of this fab tour, the author, Ann Bennett tells us a little more about the research that went into the books.

Thailand, 1943: Thomas Ellis, captured by the Japanese at the fall of Singapore, is a prisoner-of-war on the Death Railway. In stifling heat he endures endless days of clearing jungle, breaking stone and lugging wood. He must stay alive, although he is struck down by disease and tortured by Japanese guards, and he must stay strong, although he is starving and exhausted. For Tom has made himself a promise: to return home. Not to the grey streets of London, where he once lived, but to Penang, where he found paradise and love. London, 1986: Laura Ellis, a successful City lawyer, turns her back on her yuppie existence and travels to Southeast Asia. In Thailand and Malaysia she retraces her father’s past and discovers the truths he has refused to tell her. And in the place where her father once suffered and survived, she will finally find out how he got his Bamboo Heart. In a blend of stirring fiction and heart-wrenching history, Ann Bennett narrates the story of a soldier’s strength and survival in the bleakest of times and a daughter’s journey of discovery about her father and herself.

Bamboo Heart is volume one in a Southeast Asian WWII trilogy that includes Bamboo Island and Bamboo Road.

Juliet Crosby has lived a reclusive life on her Malayan rubber plantation since the Second World War robbed her of everyone she loved. However, the sudden appearance of a young woman from Indonesia disrupts her lonely existence and stirs up unsettling memories. Juliet is forced to recollect her prewar marriage, her wartime ordeals in Japanese-occupied Singapore and the loss of those she once held dear.

Bamboo Island is part of a Southeast Asian WWII trilogy of historical fiction that can be read in any order and includes Bamboo Heart and Bamboo Road.

Thailand 1942: Sirinya and her family are members of the Thai underground, who risk their lives to resist the World War Two Japanese occupation and to and help British prisoners of war building the Thai-Burma railway. The events of those years have repercussions for decades to come. The book tells Sirinya s wartime story and how in the 1970s she returns to Kanchanaburi after a long absence abroad, to settle old scores from the war years.

Bamboo Road is volume three in a Southeast Asian WWII trilogy that includes Bamboo Heart and Bamboo Island (the books may be read in any order).

Research For The Bamboo Trilogy

I began researching the Second World War in South East Asia and the Thai-Burma railway well before the idea of writing books about it took root. The stories grew organically out of the research I did to find out about my father’s wartime experience. He died when I was seven, weakened by his three and a half years as a POW and I began to get interested in his experience when I was in my early twenties. My mother had two pre-printed postcards that Dad had sent home during his years as a POW which showed that he was interned in Thailand No.1 camp. I went to the Imperial War Museum and discovered that the camp was in Kanchanaburi but there were no consistent records there about prisoners of the Japanese.

My desire to find out more, first took me to Kanchanaburi in 1988 with my mother. There was only one museum there at the time; called the JEATH museum run by a Thai monk. It is a fascinating and unique place, but again holds no information about individual prisoners.

A few years later, I returned to the Imperial War Museum and found they held many first-hand accounts written by soldiers enslaved on the death railway. These are the most harrowing of reads and showed me more about what my father must have suffered, but nothing about where he had been or what had happened to him personally. By the time I returned to Kanchanaburi in 2005 with my husband and sons, I thought I knew as much as I was ever going to know.

In 2010 I came across the Far East Prisoners of War Community (FEPOW) on the internet. Through that community I discovered that in 1944 Dad had been transported from Singapore aboard the hell-ship Hofuku Maru which was torpedoed off Luzon in the Philippines by US aircraft. Out of around 1300 men aboard he was one of 221 survivors. He was put on another ship, the Hokusen Maru which ended up in Taiwan. Dad stayed on in Taiwan and was liberated from Shirikawa camp. The FEPOW community encouraged me to visit the National Archives in Kew to look for Dad’s liberation questionnaire and Japanese record card. To my amazement, both were there. It was an amazing moment when I first saw those records; written in his flowing handwriting in pencil, they answered so many questions I would have liked to ask. He had listed all the camps he had been in on the railway, and had written in detail about some of the horrors he had witnessed.

The information in Dad’s Liberation Questionnaire sowed the seeds for the plot of Bamboo Heart. To write the book though I did a great deal more research into the Malaya campaign and the plight of prisoners. I read several factual history books, including Surviving the Sword, The Fall of Singapore, etc. I also read as widely as I could about the war in South East Asia, although I found there wasn’t much fiction out there. I think (…) must have been writing the Narrow Road to the Deep North at around the same time! I also did a great deal of internet research too including watching numerous documentaries on Youtube. Looking back at old diaries and photographs from my own trips were the inspiration for Laura’s journey in Bamboo Heart.

My research for Bamboo Heart taught me so much more about the war in the Far East than I had expected. I had not previously known how civilians suffered; about starvation and massacres, about bravery and sacrifice. It inspired me to explore those events from other angles and through other peoples’ stories. Bamboo Island is written from the point of view of an ordinary British woman who’d settled in Malaya but was caught up in the fall of Singapore. I was particularly moved by the sinking of the Vyner Brooke and the subsequent massacre of Australian nurses, which was the starting point for Juliet’s story. I read as much as I could about the civilian experience of living through the Japanese occupation. In particular Sheila Allen’s moving diary ‘Girl in Changi,’ made a great impression on me as did novels such as the Singapore Grip, and Amber Road (another Monsoon title).

Bamboo Road was inspired by the story of Boon Pong, a Thai merchant who took great risks to help prisoners of war building the death railway. I wanted to explore how the war and the Japanese occupation affected ordinary Thai people living in the area where the Death Railway was built. The great influx of Japanese soldiers and prisoners and the brutality and suffering must have had a devastating effect on their previously peaceful lives. I found out as much as I could about what it was like to live in the prosperous, peaceful community of Kanchanaburi before the railway came. I also researched Boon Pong’s own story, and visited his shophouse in Kanchanaburi whilst I was finalizing the draft. There isn’t a great deal written about him, but all the accounts, in ‘The Real Colonel of Tamarkan’ by Julie Summers, ‘Surviving the Sword’ and Beyond the Bamboo Screen, describe him as a very brave man with great humanity. I also read as much as I could about Thai culture and Buddhism, to understand my characters and what had influenced their outlook on life. I must have been to Thailand fifteen times since my first visit in 1985, so I have absorbed a great deal about the country and its culture during those visits which has found its way into the book. I should add that I have been trying to learn Thai for about five years now. It’s a difficult language to crack because of the different tones, the alphabet and the complex grammatical rules, but I’m sure that through that exercise I’ve absorbed a great deal about the country and its people.

You can buy a copy of these books here

Or why not add to your Goodreads here

Ann Bennett was born and raised in a small village in Northamptonshire, UK. She read Law at Cambridge and qualified and practised as a solicitor. During a career break, to have children, she started to write. Her father had been a prisoner of war on the Thailand– Burma Railway and the idea for a Southeast Asian WWII trilogy came from researching his wartime experiences. The research took her back to Asia, a place she loves and has returned to many times. She lives in Surrey with her husband and three sons and works in London as a lawyer.

You can find out more about Ann on her website – www.bambooheart.co.uk

Catch up or follow the rest of this fab blog tour at the following stops!

A huge thank you to Ann for such a brilliant guest post! And to Faye Rogers for organising and asking me to be part of the blog tour!

Have you read any of the Bamboo Trilogy? What did you think? Are you intrigued to go and grab a copy? I would love to hear from you! Why not leave a comment using the reply button above or tweet my on twitter using @chelleytoy!

View original
This post is tagged in:
Save
Subscribe to Tales of Yesterday
Get updates delivered right to your inbox!

Will be used in accordance with our Terms of Service
More posts from Tales of Yesterday
Add a blog to Bloglovin’
Enter the full blog address (e.g. https://www.fashionsquad.com)
Contact support
We're working on your request. This will take just a minute...
Enter a valid email to continue