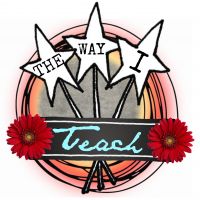 I always think I have nothing to say or teach or share that is important enough or that you haven't heard it already. I am finally starting to let my guard down and share more freely as a way to help others. Sometimes the solutions are great, sometimes they are okay, and sometimes they don't even work at all. They might not work in my or your current situation but in another situation they may. In this post I am sharing a tool or strategy I tried to get the hardest to control kids to do some thinking. Were they cured - of course not! It takes time. But they listened and they started recognizing their own behaviors. The first step in fixing a behavior is realizing you're doing it (I think so anyways).

Here's the background. Last year toward the end of the year I agreed to do an after school social skills class with students from different classes in kindergarten. These kids were chosen by their teachers and essentially it meant they were the hardest behaviors in kindergarten. Imagine that! Yea, the first day I was ready to send half back to the after school program they were in but then I quickly reminded myself that was the reason they were there. I could hardly get them in the door or let alone to be quiet for 1 second so I could instruct them on what they were going to be doing. There is a lot more behind this entire program we did but I am just focusing on one thing here.

I quickly learned to get their attention we would have snack and a drink while they watched a Wiggle Bottoms videos that had the same lesson we were focusing on for that day. After the video we went to the carpet and (I got this idea from the kids - they are so smart)! They were getting into the stuffed animal bin and touching each other, laying on the carpet, wouldn't stop talking, and on and on. So we turned the stuffed animals into a game which ended up being their favorite part of our time together.

Here is how it worked:
1) Each of the 14 students picked a stuffed animal
2) Each student had to hold their animal in their lap until the end of the story/activity
3) Any time the student did follow the rule (touching, not criss cross, laying down, throwing the animal up in the air, shouting out, making noises, not raising hand, etc.) I took their animal away and it sat out on a time-out.
4) The only way they could get it back was to tell the stuffed animal the right thing to do or the opposite of the rule they were not following.
Example: You need to crisscross applesauce and put your hands in your lap.
5). With this group, I did have them do it immediately and I would take multiple animals away at a time and they would have to tell their stuffed animal what to do right then and there.
6). I did have the student who kept their stuffed animal the entire time earn a prize for their self control.
7). Stay consistent with putting the stuffed animal on time-out and having them repeat the behavior.
8). Choose 1 or 2 students to focus on using the stuffed animal.

This is the one thing that worked for keeping behaviors together on the carpet when nothing else worked. If you try it, leave a comment and let us know how it worked - or didn't.

QUESTIONS?
I suggested to the teachers who had these children in their class to let them bring a special stuffed animal to class to hold and repeat the activity. They were concerned about all the children wanting a stuffed animal. This is where you discuss fair is not always equal. It would be impossible to teach or have every student have a stuffed animal.

This year I did make QR Codes for the Wiggle Bottoms Lessons so that way if I needed a student to review a certain lesson they could scan it and listen to it. HERE is a booklet you can download. They are great to send home too!


View original
This post is tagged in:
Save
Subscribe to Thewayiteach
Get updates delivered right to your inbox!

Will be used in accordance with our Terms of Service
More posts from Thewayiteach
Add a blog to Bloglovin’
Enter the full blog address (e.g. https://www.fashionsquad.com)
Contact support
We're working on your request. This will take just a minute...
Enter a valid email to continue