I won’t lie to you, my beauty routine doesn’t change very often at all. I find things I like and I use them over and over again, but when it’s festive season, a few colourful additions and a bit of sparkle never hurts.

I’ve recently added a little more gold and a lot more berry red to my everyday looks, so I thought I’d share the products that I’ve been loving the most with you. Glitter here we come… 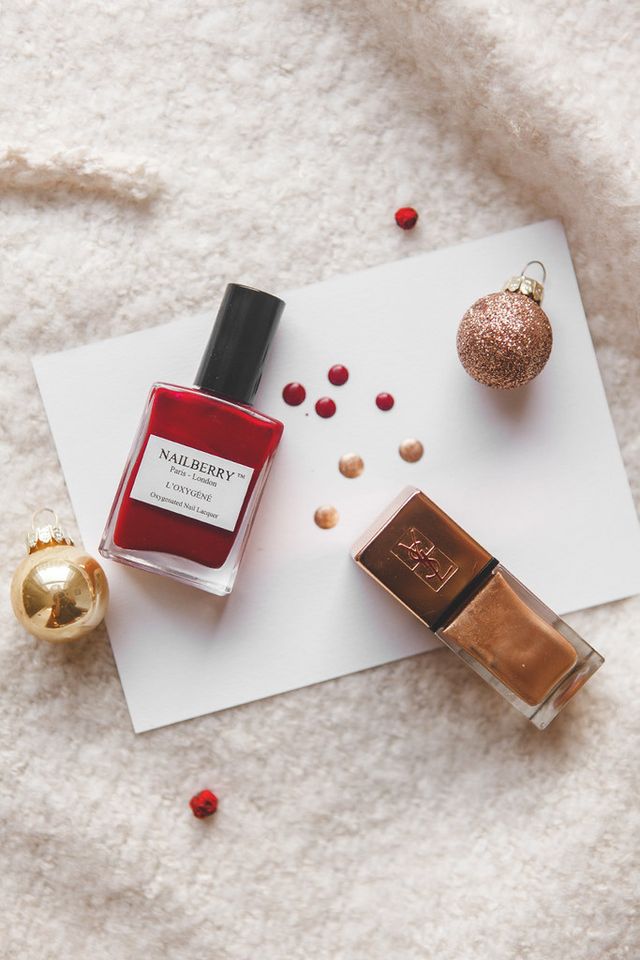 The month of december is probably the only time you’ll catch me with gold and glitter on my nails. For the past four years (I’ve repurchased several times) I’ve been totally reliant on YSL’s Dore Orfevre, which as far as I’m concerned is the perfect gold and applies like a dream.

I’m also all over Nailberry’s Les Temps des Cerises, which is a beautiful deep berry red. I’ve only recently started using this one as I fell for the packaging – but so far so good!

Another berry-coloured favourite of mine is NARS Satin Lip Pencil in the shade Palais Royal. I love this shade – it’s not too red, but not too dark and vampy either, it sits in-between and as wearable at any time of day.

I love the form factor of a pencil lip colour, as it’s so easy to apply, which is handy is this colour will require touch-ups throughout the day. It’s been my go-to recently! 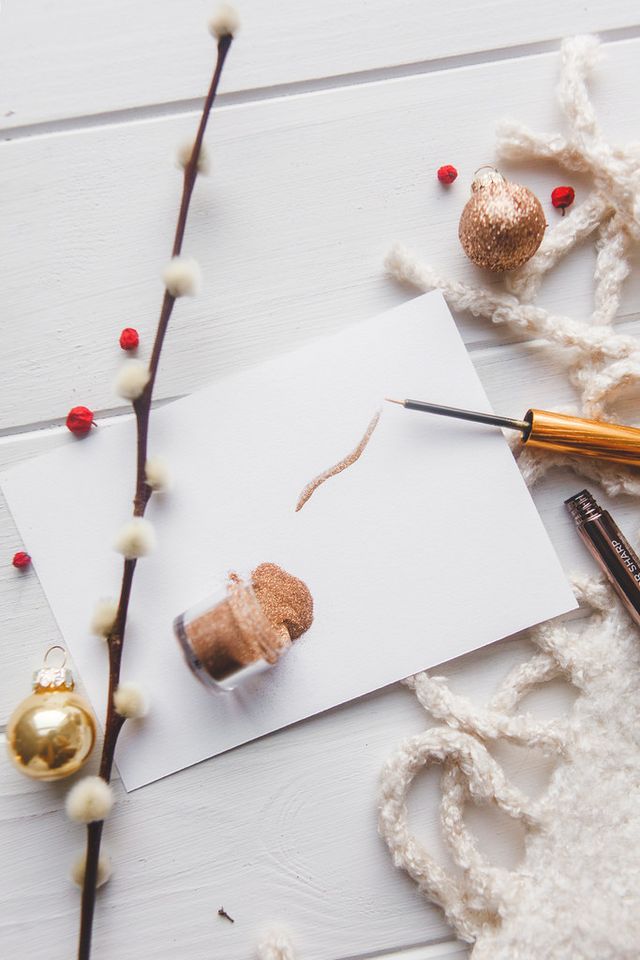 I’ve not actually got to use this Urban Decay gold liquid eyeliner probably yet, but it’s something I’ve had my eye on for a while! I’m a cat-eye girl through and through, so can’t wait to use it to create a metallic flick that’ll pair beautifully with red lips.

I’ve pretty much exclusively used my Zoeva Cocoa Blend palette for months and months now, so decided to treat myself to another of their palettes, which I happen to think is perfect for this time of year. The Rose Gold palette is full of shimmering shades – bronze, gold, copper and rose golds along with a few chocolatey shades.

I’ve not used it a huge amount just yet, but if you haven’t been able to tell already, I’m all over metallics at the moment, and I love that these are so warm in tone.

MAC Strobe Cream is a new thing for me. I know it’s a cult product, but I’ve only just got my mitts on it, and I’m in love. I’ve been mixing a little in with my foundation for a bit of added glow, but it can also be used by itself as a liquid highlighter.

The latest version of the product comes in five different shades, making it perfect for every skin tone. I opted for gold, which rather than making your face look like a BAFTA award, gives you a nice warm shimmer.

This is an honorary mention really, as I’ve already covered the ‘five’ mentioned in the title (the alliteration made me do it), but I LIVE for lip balm at this time of year – I’m sure you’re all in agreement. Margate brand Haekels do a wonderful Seaweed and Sea Lavender pot of the stuff, which is as good on your lips as it is Instagrammable (mmm, copper). 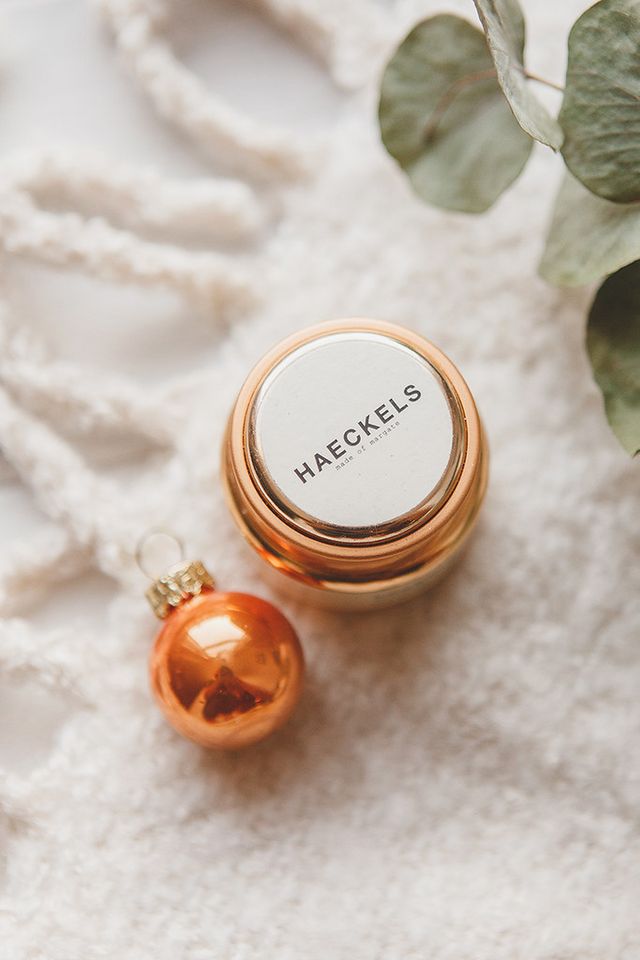 View original
This post is tagged in:
Save
38 loves 17 saves
Subscribe to WishWishWish
Get updates delivered right to your inbox!

Will be used in accordance with our Terms of Service
More posts from WishWishWish
Add a blog to Bloglovin’
Enter the full blog address (e.g. https://www.fashionsquad.com)
Contact support
We're working on your request. This will take just a minute...
Enter a valid email to continue