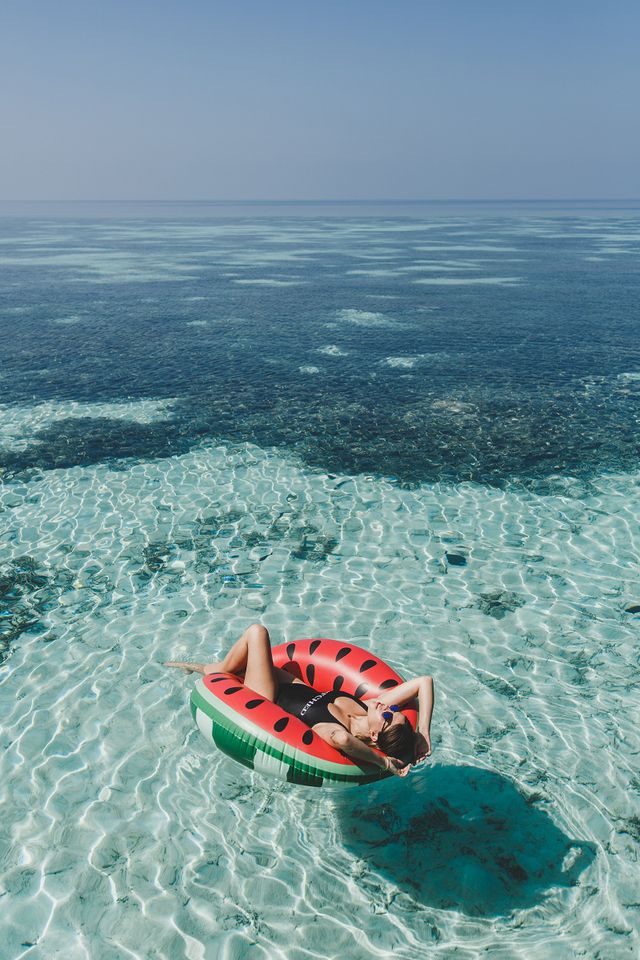 When you picture the Maldives, the image conjured up is that of the over-water villa, out on stilts over a blue sea. That’s exactly what we experienced when we spent one night in an Ocean Villa at Kandolhu. As soon as we arrived we didn’t want to leave our deck, and I think the pictures here will make it obvious as to why.

One of the first things that struck me about Kandolhu was the water, and that was before I’d even got in. Walking with our cases to our room, we could see the brightly coloured fish and little sharks swimming underneath us. I could hardly wait to grab my snorkelling equipment and jump in (or slowly and carefully slide in, if we’re being realistic).

I’ve said it before on here, I’m not a strong swimmer at all, and have mild claustrophobia, so you’d think that putting a mask on my face with a tube to breathe through whilst in the sea would be a no-no, but after mustering up the courage to do it a handful of times before, there was no way I’d be missing out on getting a closer look at everything the Indian Ocean has to offer. 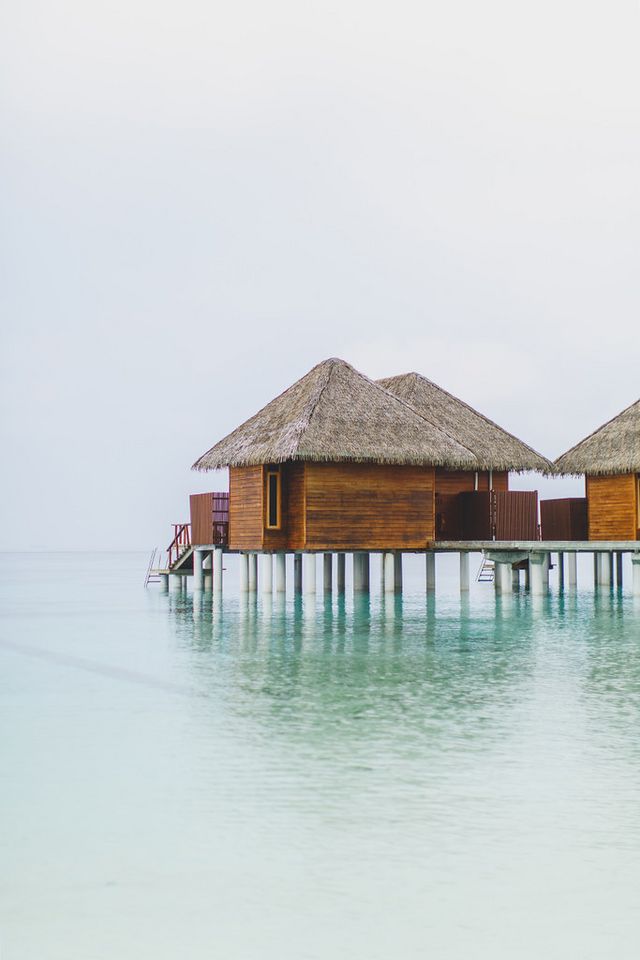 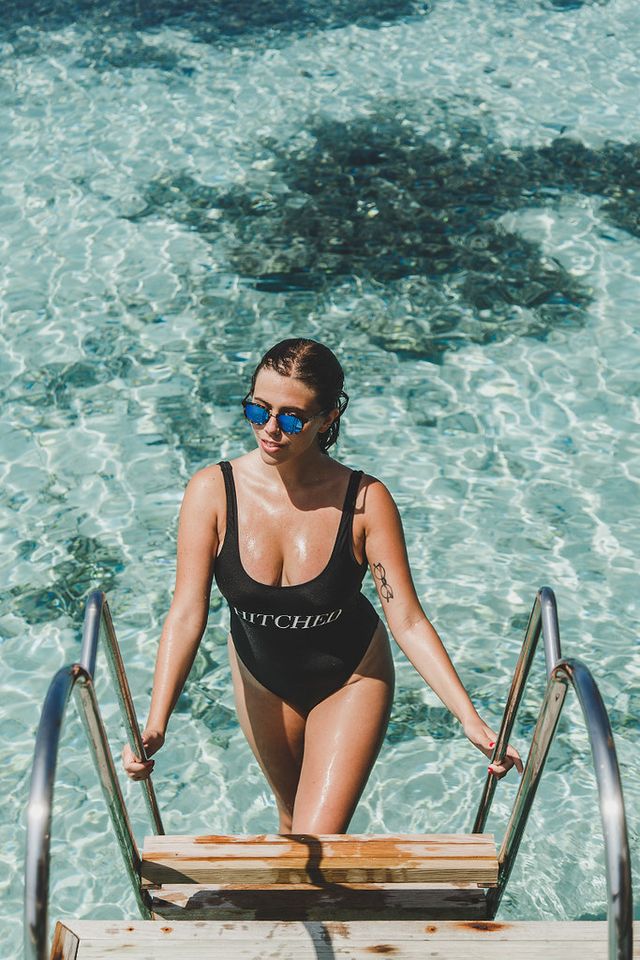 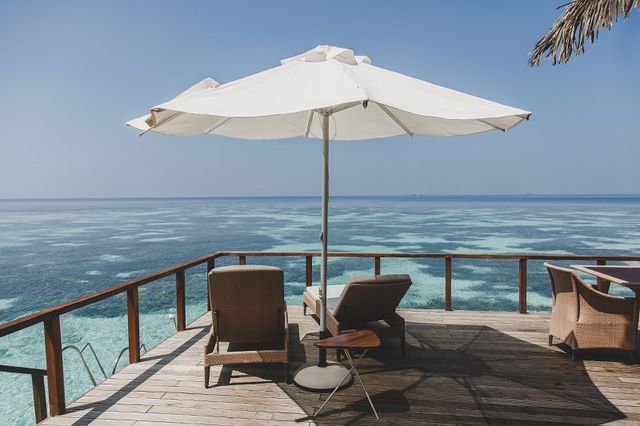 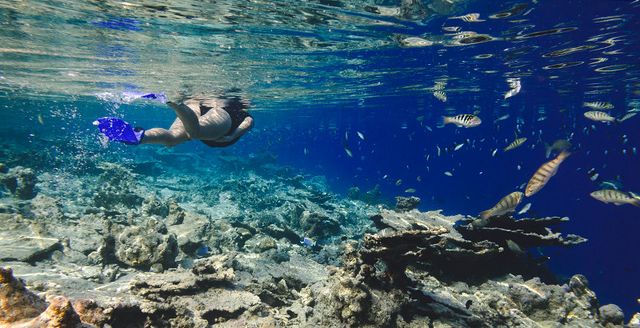 At Kandolhu it’s possible to swim around the entire island, and without any exaggeration, doing so was one of my happiest moments in life thus far. Swimming the reef here is like being in a David Attenborough documentary. We slowly made our way round, marvelling at all of the colours, trying to signal each other when we saw something amazing – schools of silver fish catching the light in the most beautiful way, and sharks in the depths. We were lucky enough to have two rays glide past us (if anyone with better knowledge of marine life fancies IDing them from the video?!) and shortly after came into contact with our first sea turtles.

We quietly watched as they went about their business, and I contemplated how I’d quite like to live in the ocean too. It’s easy to forget how much there is going on under there until you join in. This is about the time that Miguel’s wedding ring slid cleanly off his finger and down into the camouflaged coral below. We panicked for all of 10 minutes, but knew it was lost forever and there was nothing we could do. I could have quite easily cried, but we were having such a wonderful time under the water that we had to laugh instead. We both agreed that it was one of the most beautiful places he could have possibly lost it, so we take a little bit of solace knowing that it lives there now.

Any initial fears totally gone, we snorkelled as often as we could for the rest of our time there. 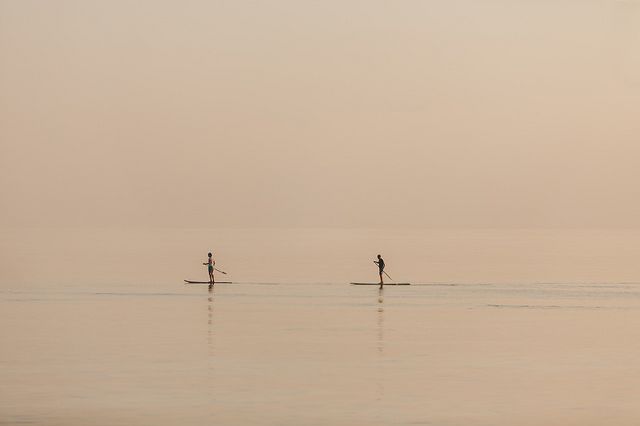 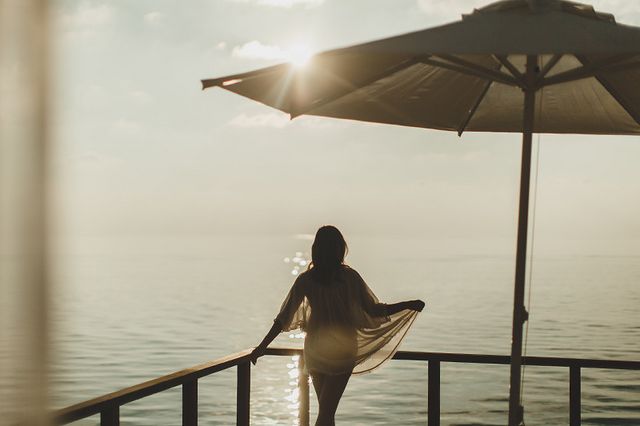 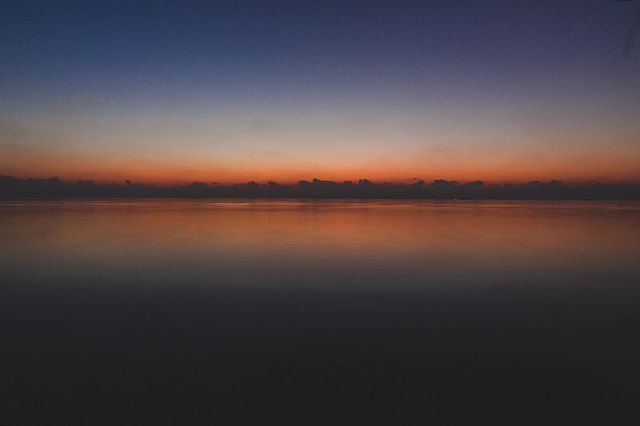 Even if you don’t end up getting in the water (if I can’t sway you), there is plenty to be seen from above. That afternoon and evening spent on the deck of our Ocean Villa will be a memory I’ll always hold dear. We sat and watched turtles swim by from our sun loungers as the sun started to go down. We stayed there, snacking on crisps from the minibar as if they were popcorn and the setting sun was our movie. We didn’t contemplate leaving until the last drop of light had gone, and even then wanted to lie and look at the stars. It’s every bit as romantic as they say it is.

The next morning we woke up to the sound of the sea, and ordered breakfast to our deck – we wanted to make the most of every minute we had left there with that view.

Thanks once again to Kuoni for helping us plan our dream honeymoon! 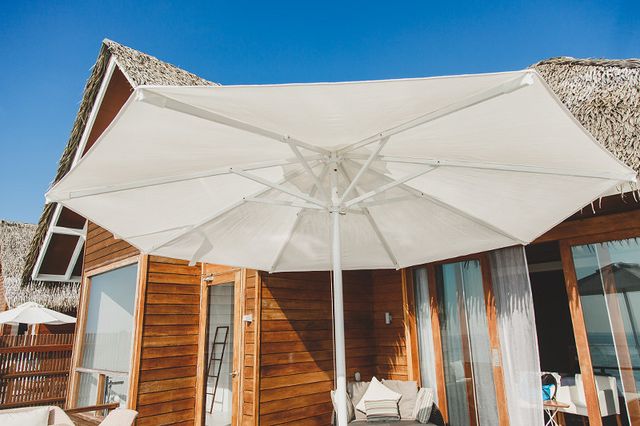 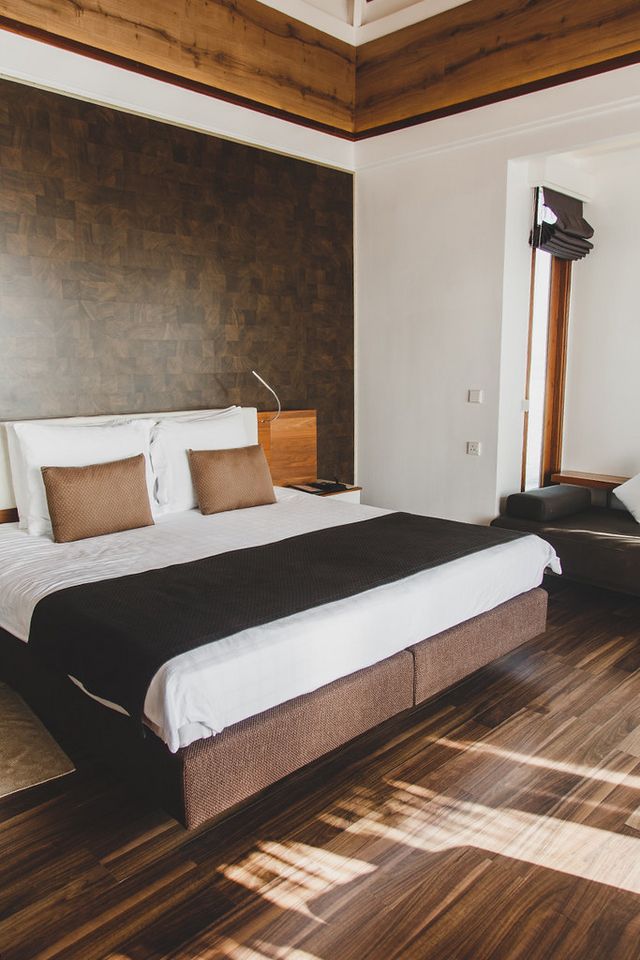 Part of our trip was courtesy of Kuoni and Universal Resorts,
but of course, all opinions are my own.

The post The Ocean Villa appeared first on WishWishWish.

Will be used in accordance with our Terms of Service
More posts from WishWishWish
Add a blog to Bloglovin’
Enter the full blog address (e.g. https://www.fashionsquad.com)
Contact support
We're working on your request. This will take just a minute...
Enter a valid email to continue