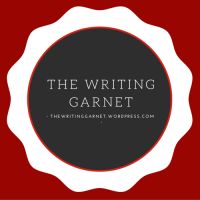 Thank you to Quercus for the blog tour invite, as well as an ARC of Elaine Proctor’s ‘The Love Factory’. Today, for my stop on the blog, I will be sharing my review of Elaine’s new novel. Enjoy! 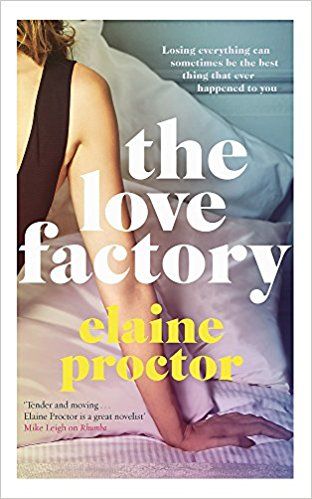 You can control want, but desire controls you

A smart, sexy, witty novel about love and desire, and how losing everything can sometimes be the best thing that ever happened to you

A romance-writing workshop doesn’t help, so Anna turns to her friends for inspiration. As secrets and desires are revealed, Anna discovers more about the people close to her than she ever knew. When Cordelia, a romance-writing classmate, suggests she borrows an alter ego to banish her inhibitions, a new world opens up to Anna and The Love Factory – a group of writers penning ever more successful sexy stories – is born.

And yet Anna knows that she can’t rely on borrowed passion and an alter ego forever. For her tales to truly sizzle, she needs to find a proper love of her own.

What does TWG think?

‘The Love Factory’ is one of the most unique books I have read so far this year. Set around the concept of erotic fiction and being true to your own sexual desires, Elaine Proctor has told a story which I truly believe a lot of people are afraid to tell themselves. After all, who wants to openly admit that they have never experience true, burning desires when it comes to delving between the sheets? Or, on the other side of the coin, how do we know that those who are too quick to spill the secrets of their nightly antics, aren’t merely creating their own fictional world to keep up with what society believes women should have experienced?

I wasn’t entirely fussed on the first half of this book, because I couldn’t see what the author was trying to achieve to begin with. For me, there seemed to be a lot of ‘filling out’, with no true understanding of where the storyline was heading, or what Anna’s true intentions were. All I could understand was how unhappy Anna was and, until the latter half of the book where everything clicked, I unfortunately saw Anna as such a whinging soul.

Some people might say, ‘why didn’t you give up with the book there and then?’ and, whilst that is a valid question, there was a part of me deep down, that knew the storyline was going to come into its own with everything becoming a lot clearer. I needed to persevere with the book so that I could find out what the authors true intentions were, as well as attempting to understand Anna’s true personality.

Thankfully, my patience paid off as, like I said above, everything started to click in the second half of the book. It was as though the author became more comfortable in her own offerings, enabling her characters to shine with the confidence Proctor brought to the table subconsciously.

‘The Love Factory’ is extremely sexually oriented, but not in a seedy way. The theme was written in a way which was able to highlight a woman’s fantasies, without coming across as too sordid. Don’t get me wrong, the fiction which Anna and her friends wrote certainly made the air around me blue, but if writing fictional characters helped Anna realise that there was more to life than laying underneath her partner like a sack of spuds, who am I to argue?

‘The Love Factory’ isn’t a quick read as it requires readers to think outside the box and walk alongside the characters as they blossom whilst the storyline progresses. All the characters in this book are from all walks of life, with completely different beliefs to everyday situations. Personally, I loved the variation where the characters were concerned as it opened my eyes to how things are portrayed in different countries, or in different belief systems. Plus, with Anna being friends with such colourful people, friendships became a lot more firework like which, in turn, made for a very entertaining read.

I have to say that, despite my earlier reservations of ‘The Love Factory’, I did end up enjoying this book in the end. It’s pretty clear that a lot of heart and soul went into writing this book, and I really do hope that people read this with an open mind, taking in the message which the author is trying to convey. I saw that message to be ‘Be true to yourself, your beliefs, your fantasies, and don’t stop trying until you have the life you want. No matter what.’

If I can unleash that sort of message from such a complex and intense read, I think the author has done her job tenfold.

‘The Love Factory’ will be released on the 22nd March. You can pre-order your copy now from Amazon

View original
This post is tagged in:
Save
1 love
Subscribe to The Writing Garnet
Get updates delivered right to your inbox!