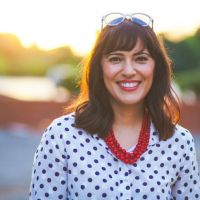 
So there was this one main problem area in our backyard - an area of our lawn where the grass just basically refused to grow. We tried everything to get grass to grow and nothing worked. And anytime it would rain this area would get all muddy, and it was just a mess. So I decided if you can't fix it - stop trying! I pulled up the few patches of grass that were there and created a little garden path. It solved the problem, looks way better and gives my girl and I a place to play one of our favorite games together!

This was a simple weekend diy project that I had done in a few hours after a trip to Lowe's. And when it was done I was left wondering why in the world I didn't do this sooner?!

Since the grass in this area was pretty non-existent it didn't take long for me to clear this area. I wanted the path to be kind of curvy and windy for a fun whimsical look. I used a stone border then set the concrete pavers, and then I filled in with pine bark mulch. Honestly, it was as simple as it sounds, although that probably has a lot to do with the fact that this was basically a mud pit with a few small patches of grass to begin with. This path leads from our driveway over to the fire pit area, and because I used the same stone border as the one around the fire pit area it looks like it was meant to be rather than an afterthought.

The paint I used for the numbers was leftover from the swing set/clubhouse, so it all flows really nicely. I seriously wish I had done this sooner! This project only cost about $50 for the pavers, stone border and bags of pine bark; and it only took about 3 hours start to finish to complete! 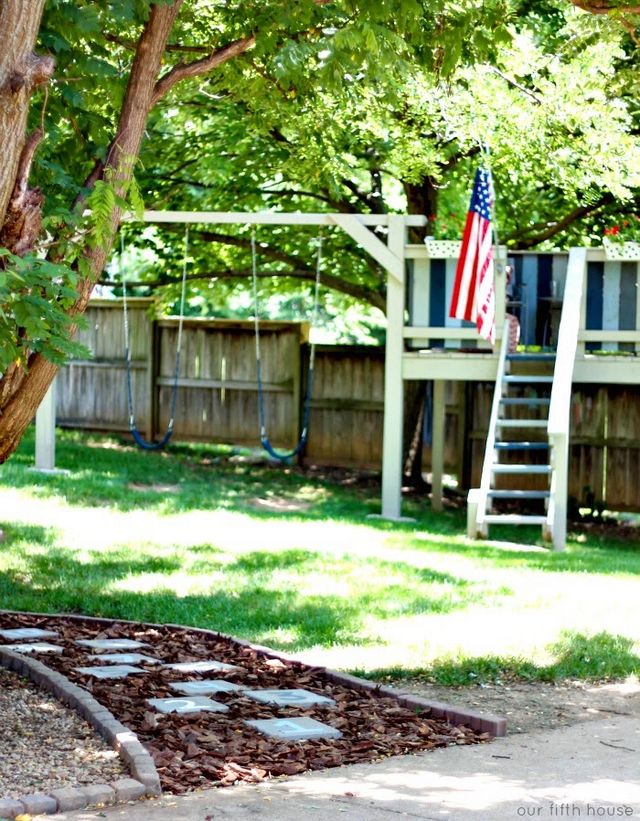 Hopscotch was always one of my favorite games as a kid. That and four square, I totally rocked at four square. ;)